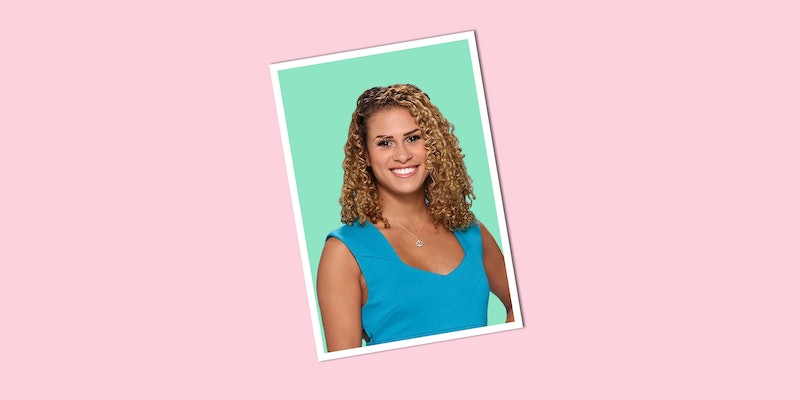 Bustle takes the Bachelor franchise pretty seriously. That’s why we created the Bachelor Nation Class of 2018 — like high school superlatives, but Bachelor edition. Check out what Jaimi from Nick's Bachelor season had to say about being awarded "IDGAF AF."

What does it feel like to be effortlessly cool? You'll have to ask Bachelor and Bachelor in Paradise star Jaimi King. The New Orleans-based chef took audiences by storm when she first showed up on Nick Viall's Bachelor season and came out as the first openly queer contestant in the show's history. Of course, she handled that like a pro: She simply told Nick she'd dated girls in the past, and deftly showed audiences that it doesn't matter who you fall in love with. (Nick, for his part, was totally chill about the whole thing, and the world kept on spinning.)

"Wow, what can I say? I’m flattered to be recognized for IDGAF. I’ll never stop representing."

After things didn't work out for her on The Bachelor, Jaimi tried her luck on Bachelor in Paradise, where she mused about whether to take a female or male contestant out on a date. Ultimately she chose to take a guy, and she had an open, honest conversation about her sexuality. She's just being authentic with herself and her feelings, wherever they may take her.

Jaimi is who she is and she won't apologize for it, nor should she. That's why Bustle is giving her the "IDGAF AF" superlative in our Bachelor Nation Class of 2018. No one gives fewer f*cks than Jaimi — and more people should take note.

Outside of the show, Jaimi is representing NOLA as a chef and baker of amazing cakes (seriously, check out her Instagram). She can also be seen chilling with her Bachelor Nation squad, advocating for love and laughter, and typing very relatable IG captions. To quote Glee, she keeps it real and she's hilarious.