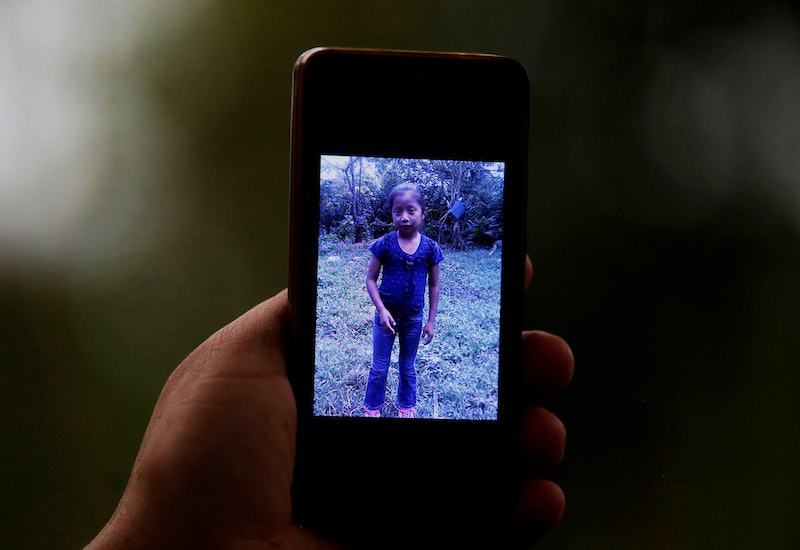 In this op-ed, Aditi Juneja, communications organizer for Protect Democracy, writes about why the deaths of two Guatemalan children in Border Patrol custody hit so close to home — and why the new Congress needs to make sure it never happens again.

As the new Congress is sworn in and new priorities are set, I wonder where the deaths of Felipe Gomez Alonzo and Jakelin Caal fall on their list. The 8-year-old boy and 7-year old girl died while in custody of U.S. Customs & Border Protection, and there was much outrage expressed online and by activists and politicians after their deaths. But for me, as an immigrant, I read both of their stories and wondered why I am still here — and they are not.

The story of Jakelin, who died Dec. 8 after having seizures, particularly struck me because I have a seizure disorder. A seizure is a misfiring of neurons in your brain, an electrical storm. Two minutes of that type of high-voltage energy in my brain has often taken me a week to recover from because of the exhaustion. I’ve never had more than one seizure in a row, like Jakelin reportedly did, and I have also had access to the best medical care the United States has to offer. So, I have spent the last several days racking my brain trying to understand why my story is different from hers. I have no more of a right to be alive than them. I, too, was a brown child with dark hair, and this country took care of me.

The author. Courtesy of Aditi Juneja

My family was not fleeing from anything when we came to these shores. We weren’t more deserving — and certainly not more in need — but we were welcomed with open arms. My family came from across the world in India, whereas Jakelin and Felipe’s came from some 1,000 miles away in Guatemala. We didn’t walk more than a thousand miles to reach the beacon of hope that is America. We came because my mom had a postdoctoral fellowship at Rockefeller University in 1991, an era when Republican President Ronald Reagan’s immigration policy was in most people’s living memory. Now, we live in a time where the president denigrates those seeking refuge on our shores as an “invasion.”

When I began having seizures about once a month, I was 10 years old. My first memory after having a seizure is waking up to an emergency medical technician gently speaking while leaning over me. She was a white woman with curly, golden brown hair. She was her sister’s keeper. Over the course of my life, in order to go to summer camp or college or work, I have trusted that if I were to have a seizure, I could rely on the kindness of my fellow Americans to come to my aid. And they always have. Americans of all kinds have helped me fully participate in the American dream.

Merriam-Webster defines “patriot” as one who loves or supports his or her country. I don’t know what could demonstrate more love or faith in this country than walking across a desert to get here. They trusted that they could come here and seek asylum, as is their legal right, and that Americans would see their humanity and allow them to exercise those rights as asylum-seekers. Somali-British poet Warsan Shire put it best when she wrote, “You have to understand that no one puts their children in a boat unless the water is safer than land.”

The Department of Homeland Security, under which CBP is housed, issued a statement via Facebook in mid-December stressing that Jakelin and her father entered the country “illegally” and didn’t present themselves at a port of entry. The department said medical professionals “did all they could to save this child” and also offered condolences for Jakelin’s death. In a statement, CBP said Felipe's death was a "tragic loss" and said it sent its "deepest sympathies" to his family. But condolences and thoughts and prayers only serve to uphold the status quo after senseless tragedies. It is time for action.

The new Congress has an obligation to make sure that our immigration system is equipped to deal with the new challenges facing it. The organization I work for, Protect Democracy, has called on Congress to reform CBP and the U.S. Immigration and Customs Enforcement agency by creating new agency guidelines, providing more funding for preventing abuses of people in custody, and establishing an independent oversight mechanism. It should not be controversial to call for the American government to treat all people as “endowed with certain inalienable rights.” It is the promise of our founding fathers that we all have the right to “life, liberty and the pursuit of happiness.” It is time to fulfill it.

It may be too late for Jakelin Caal and Felipe Gomez Alonzo, but they deserve justice. For those who are most marginalized in our society, justice is always coming in the hereafter. The patriots who love this country all deserve the type of care and support I have been afforded. There cannot be another Jakelin Caal or Felipe Gomez Alonzo. There have been two too many.