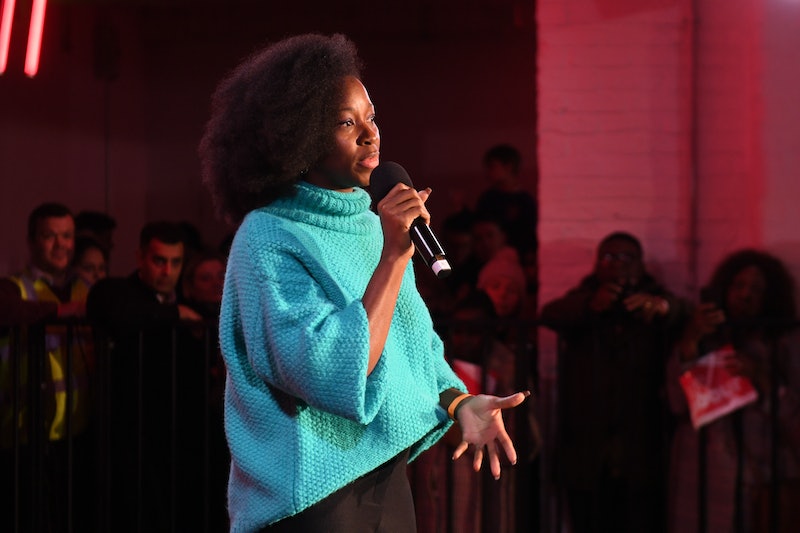 Social media has been a crucial platform for sharing news, resources, and donation pages in aid of the Black Lives Matter movement. Millions of people posted in solidarity and to remember Geroge Floyd’s death, along with many other Black people killed at the hands of the police, during the past few weeks. However, since then there’s been a call for meaningful allyship from white people, with many saying pointing out that words and social media posts aren’t enough. Now singer-songwriter Jamelia spoke about systematic racism on BBC News and explained how education, awareness, and funding will be the only way to eradicate systematic racism and day-to-day ignorance in Britain.

Jamelia appeared on BBC News to discuss the UK's anti-racist protests and explained that covert racism is "woven into the fabric" of British society. The performer and TV presenter said:

“[White people's] privilege allows you to benefit from a system that chronically damages black people and now that you’re aware of that it’s not enough to say you’re not racist because you’re not a purveyor of covert racism.”

She explained that white ignorance and indifference plays into the racially bias system than "chronically affects and damages" Black people in the UK. "To be anti-racist, you have to be actively being a part of dismantling the systems that surround you and the systems that you benefit from," she said.

Jamelia has always been open about the discrimination and abuse she has experienced as a Black women, including being racially abused by a police officer in front of her children.

Rather than pointing to overtly racist acts and language, Jamelia highlighted how the systems and norms in the UK are inherently biased. And the Superstar singer is just one of the many activists, celebrities, and campaigners who have spoken on this point.

On June 9, musician Tinchy Stryder appeared on BBC Breakfast to talk about changes that needed to take place in the in the music industry and spoke to the presenters about how dismantling racism begins with educations. "This is what people have grown up to understand and everyones waking up to change," he said, speaking about the UK's inherently white-skewed school curriculum. "If it doesn’t start somewhere it’s never going to start."

These ideas of curriculum reform and education were also echoed by Jamelia. “This doesn’t just mean teaching black history. It means being aware of and confronting your own bias and privilege. That’ll start with teachers and parents,” she said. “There’s a lot of work that can be done ensuring you have diverse books, diverse experiences, and diverse social circles.”

On her TikTok, Jamelia has released a video entitled “Dear White People” where she shares the message that words alone aren’t enough and if people want to insight real change then they need to educate themselves and invest in the Black Lives Matter movement.

More like this
Eurovision Has Been Given A Whole New Look Ahead Of Its Liverpool Debut
By Bustle UK
Twitter Is Saying The Same Thing About Beyoncé's Renaissance World Tour
By Shahed Ezaydi
“I’m Not Here To Make Friends” Speaks To A New Sam Smith Era
By Maxine Harrison
How To Buy Tickets For Beyoncé’s UK Renaissance Tour Dates
By Shahed Ezaydi
Get The Very Best Of Bustle/UK
Sign up for Bustle UK's twice-weekly newsletter, featuring the latest must-watch TV, moving personal stories, and expert advice on the hottest viral buys.