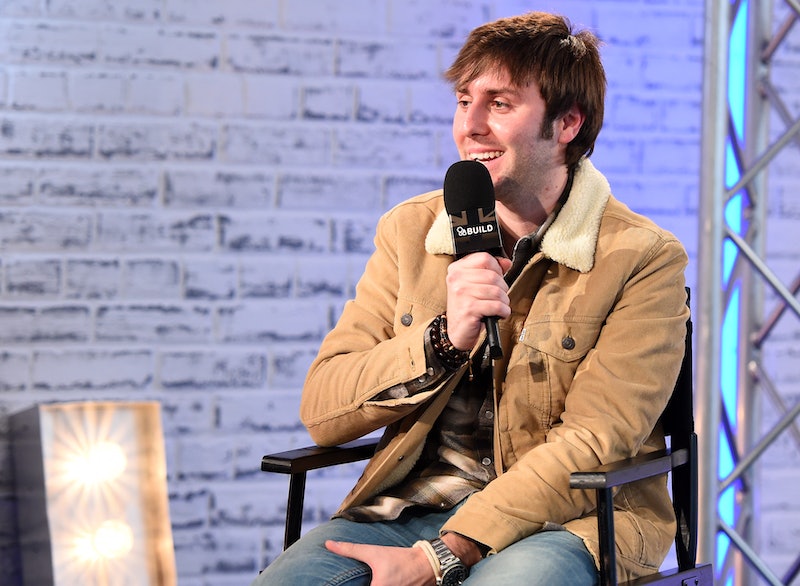 I don't mean to startle you, but it's been nearly nine years since The Inbetweeners was last on British screens. Crazy, right? The series may have been followed by two feature films in the interim, but there's no denying that the original run was the pièce de résistance that made it into a cultural touchstone that Brits know, love, and will forever be quoting. Unsurprisingly, filming a series as manic wasn't exactly smooth sailing, and it turns out James Buckley nearly died filming The Inbetweeners and the story is so Jay it hurts.

Yeah, I'm not joking. During Channel 4's The Inbetweeners: Fwends Reunited Special, which is due to air on New Year's Day, Blake Harrison (Neil Sutherland) spoke of the time James mishandled a flare gun during the field trip episode, which nearly cost the actor his life, The Sun reports.

"He genuinely could have died. He looked down the barrel of it before it goes off and we were told don't ever do that because if it goes off, it has the force of a grenade. So when James does that and half a second later it comes out, that's how close we were to recasting."

Yikes. Although to be fair, if you've never handled a flare gun before and your first time doing so is on a boat, something like this could easily happen.

Although TBH, I'm more surprised that Joe Thomas wasn't the one that nearly died when Simon had to strip off after taking that plunge into the Swanage harbour — that whole scene was a recipe for disaster.

While mistakes were bound to be made, it didn't stop the gang from having the time of their lives. Speaking to Channel 4 prior to the reunited special, Buckley spoke of his time filming the series, and how lucky he was to be a part of it.

"It was the best fun. It was the best fun I could ever have. It was just hanging out with your mates, mucking about, having fun, making each other laugh, and maybe we might film some stuff that could be put on television. It doesn't really get any better than that. To be paid to do that! I still, to this day, can't believe how lucky I was."

And even though Jay couldn't be more different to Buckley, he still fondly remembers how fun it was to portray a character like that. "I liked playing Jay. I don't think I could be around someone like that for too long, for any extended period of time," he explained. "I think I'd get wound up. It's good fun to play a character like that, to do stuff, to behave in a way that you'd probably feel too embarrassed or ashamed to in real life.

He continued: "It's like a purge. It was really great to be able to get away with the things I said and did. And Jay's a really funny character; he makes a lot of people laugh, so I loved playing him."

As much as I'd love to see a third season of The Inbetweeners with some more Jay-helmed escapades, I think the upcoming special is enough for me.

The Inbetweeners: Fwends Reunited airs on Channel 4 at 9 p.m. on New Year's Day