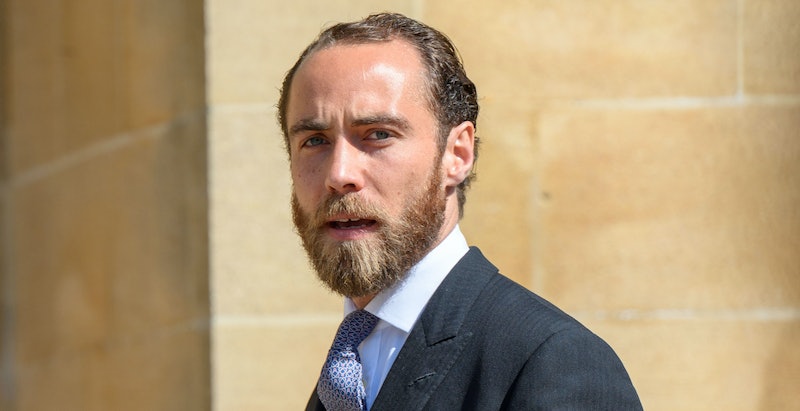 Mental health problems can affect anyone, no matter who you are or where you come from. It isn’t easy to talk about the challenges you've faced. Luckily due to the tireless work of campaigners and charities, as well as people speaking out about their experiences, a conversation about mental health has been started. Sometimes the most comforting thing is to hear that someone has gone through what you are and have come out the other side. Brother of the Duchess of Cambridge, James Middleton has spoken out about his mental health and what it's like to be the sibling of one of the most famous Brits in the world.

A quick rise to fame comes with a lot of perks. However it isn’t all positive all of the time. In an interview with Tatler, James Middleton spoke about what it was like to belong to one of the most famous families in the world at just 23 when Kate Middleton married Prince William. While he acknowledged he was in a more privileged position than most he said in an interview with the publication, “suddenly, and very publicly, I was being judged about whether I was a success or a failure. That does put pressure on you. Because in my mind I’m doing this irrespective of my family and events that have happened.”

Middleton didn’t think his low moods could be attributed to depression because he'd grown up with everything he needed and wanted. He told Tatler, “it’s what keeps you in bed, while anxiety makes you feel guilty for being there. I thought what do I have to be depressed about?” In the interview he points out a day in late 2017 as breaking point. He called his GP and was later sent to see a specialist. He said: “I was saying I wasn’t okay, when each day I’d wake up pretending I was.”

Being in the spotlight can be incredibly difficult and it's brave for anyone to stand up and talk about their experiences with mental health. Writing in the Daily Mail about what he went through, Middleton said: “People have asked me if my public profile has made it harder for me. Would I have become so depressed if I hadn’t been subject to the pressure of public scrutiny that comes with my association with the Royal Family? The answer is, I believe I would. But I wouldn’t have found a voice or an outlet for my story if it hadn’t been for the people I’m related to.”

He continued: “That puts me in a unique position of privilege and trust. I feel I have a duty to speak out, so I can help others who are suffering as I did.”

Through opening up about his experiences with depression, ADD, and anxiety, talking to his family and GP, and attending therapy Middleton is continuing the conversation about looking after yourself and chatting to your GP or therapist because there is no shame in that. The more conversations we have like this the better.