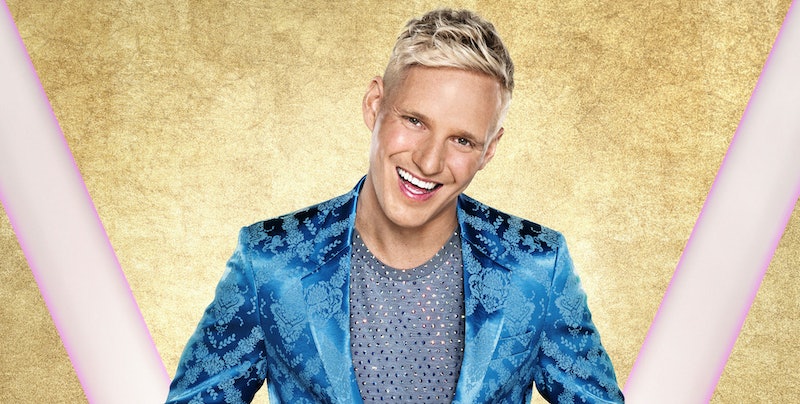 As autumn fast approaches, the 2019 series of Strictly Come Dancing is almost here, and this year's lineup of celebrity contestants are no doubt in the midst of some intense ballroom preparations. However, the 17th series of the hit BBC competition show has already been hit with its first blow, because Made in Chelsea star Jamie Laing has pulled out of Strictly Come Dancing 2019, and fans of the reality star are sure to be disappointed.

As reported by Digital Spy, Laing was forced to withdraw from the upcoming series after suffering a foot injury during the recording of a group dance. In a statement regarding his departure, the Made in Chelsea star said, "I'm absolutely devastated that I'm unable to continue in the competition, I was so excited to hit the dance floor! I would like to wish the lovely couples all the very best and hope they enjoy their time on the show to the fullest."

In a social media following the announcement, Laing went on to wish his former Strictly co-stars good luck. In the tweet, he said, "Thank you to everyone and good luck to all of my buddies who are going to be dancing this year — you guys are going to ROCK it."

Prior to his disappointing announcement, one Stircly source revealed to The Sun that despite his injury, show-bosses were hoping Laing could still remain part of the new series. Speaking to the newspaper, the source previously revealed, "It’s touch and go for Jamie and bosses are waiting to see how his results look after he gets a proper X-ray done. Producers are hoping he’s just landed awkwardly during the group dance and tweaked something rather than it being a more serious injury. They’ll know if his Strictly journey is over before it’s even really begun in the next 24 hours or so."

However, it wasn't meant to be, and the reality TV star made the decision to pull-out of this year's series. According to the Metro, the BBC said in a statement, "Sadly, due to an injury, Jamie Laing will no longer be able to take part in this year’s series of Strictly Come Dancing. As the Strictly launch show is pre-recorded, Jamie will still feature in this programme which airs Saturday September 7." The show's executive producer, Sarah James, mirrored the BBC's comments, and revealed that Laing had already managed to light up the ballroom. She said, "We are so sad that Jamie won’t be able to take part in the series, he had already lit up the ballroom during the launch show with his boundless energy and enthusiasm. We all wish him a full and speedy recovery."

According to The Sun, Laing has become the first celebrity contestant to quit Strictly Come Dancing since 2009, when Olympic long jumper Jade Johnson decided to withdraw from the series after tearing a knee ligament during show rehearsals.

Although disappointing, I'm thankful the injury wasn't more serious, and fingers crossed the Made in Chelsea star gets a second chance at ballroom glory in the future. Get well soon, Jamie.