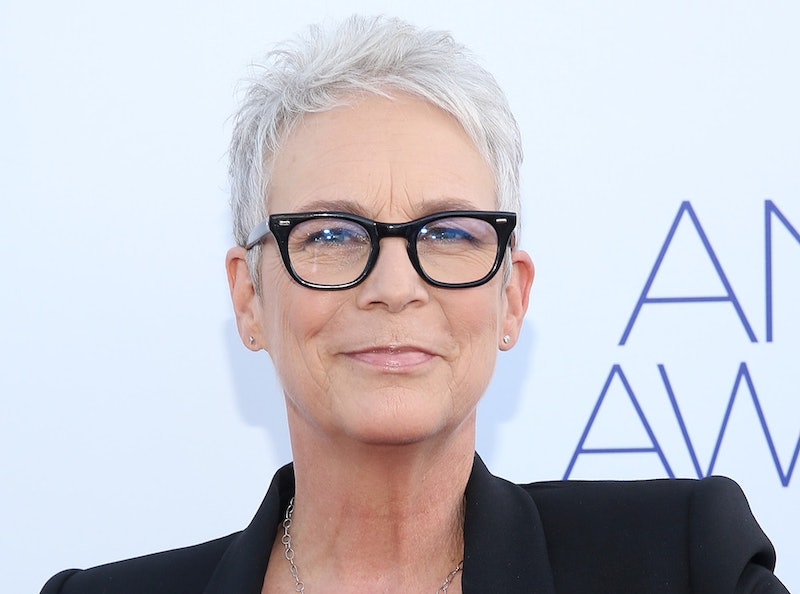 In a new interview about her battle with drug addiction, Jamie Lee Curtis revealed that she hosted sobriety meetings in her Freaky Friday trailer every day. The veteran actor, who starred opposite Lindsay Lohan in the 2003 teen film, opened up about her sobriety in an interview for Variety’s Recovery Issue published on Nov. 5. Curtis reflected on her 10-year addiction to painkillers such as Vicodin. She said her recovery began in 1999: Curtis decided to attend a recovery meeting after she picked up a copy of Esquire that included a piece about Vicodin addiction. She's since been sober for 20 years.

When Curtis started filming Freaky Friday in 2002, she had been sober for nine months. On set, she recalled that she put up a sign that advertised a recovery meeting in her trailer every day. “I left the door open and didn’t know if anybody would show up. We ended up calling it the Mobile Home Recovery Meeting,” Curtis told Variety. “It was probably my favorite grouping of sobriety that I’ve ever participated in. I’ve participated in groups all over the world, but there was something about the cross section of ages and genders and jobs and races, and it was profound.”

Curtis, she said, had been nursing her addiction for years. In her Variety interview, the Halloween actor revealed that her introduction to painkillers began when she was prescribed Vicodin after having a plastic surgery procedure to remove the “puffiness” in her eyes. Vicodin is the brand name for a combination of hydrocodone (an opioid) and acetaminophen (also know by its brand name, Tylenol), as per WebMD. More so, Curtis said that addiction ran in her family. She lost her brother, Michael, after he overdosed on heroin at age 21.

“I knew my dad had an issue because I had an issue and he and I shared drugs," Curtis said. “I did cocaine and freebased once with my dad. But that was the only time I did that, and I did that with him. He did end up getting sober for a short period of time and was very active in recovery for about three years. It didn't last that long.”

Curtis has since made recovery meetings an integral part of her routine while filming on location. While in Charleston to shoot 2018's Halloween, for example, Curtis met a group of women in recovery while at a coffee shop and began attending sobriety meetings with them just "100 yards" from where she was living at the time.

She added, "When I was making The Tailor of Panama... I found a recovery meeting that only spoke Spanish, didn’t speak a word of English. I didn’t understand a word anybody said, but I went and sat down and met people, shook hands and talked."

More like this
Cruz Beckham Teased New Music With An Adorable Nod To Mom Victoria Beckham
By Stephanie Topacio Long
Hilary Duff Is “Optimistic” About A 'Lizzie McGuire' Reboot
By Alyssa Lapid
'Friends' Star Maggie Wheeler Offers Support To Matthew Perry After Reading His Memoir
By Alyssa Lapid
12 Years Ago, Austin Butler Manifested His Oscar Nom In This Disney Movie Scene
By Jake Viswanath
Get Even More From Bustle — Sign Up For The Newsletter
From hair trends to relationship advice, our daily newsletter has everything you need to sound like a person who’s on TikTok, even if you aren’t.