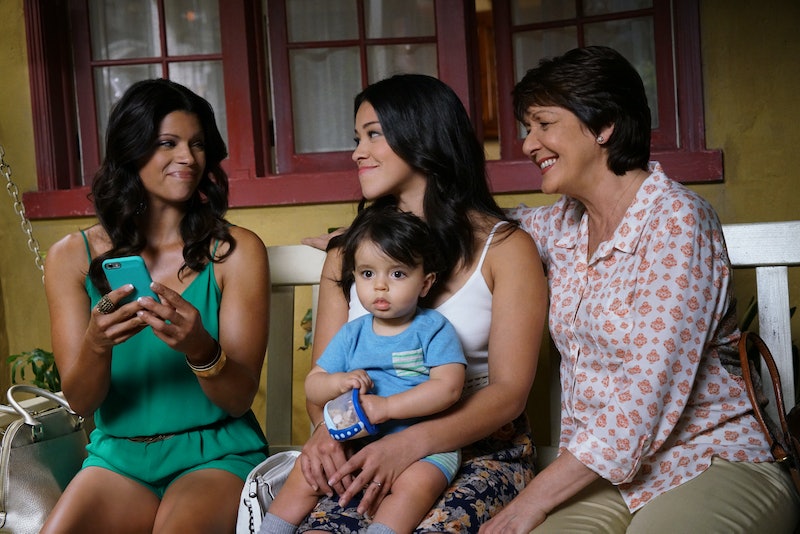 Waiting for renewal news of your favorite series can be downright anxiety-inducing, especially when the shows are as good as the CW's Jane the Virgin and Crazy Ex-Girlfriend. Thankfully, both Jane the Virgin and Crazy Ex-Girlfriend were renewed by the CW, as E! reports. A the 2017 Winter TCA Press Tour on Sunday Jan. 8, it was announced that these two series, as well as Supergirl and Legends of Tomorrow, would be joining The Flash, Arrow, and the long-running Supernatural into the land of additional seasons.

While it is certainly exciting that these series will be continuing on, not every CW show has been renewed just yet. Fans are still waiting to hear the fate of some of the network's other series like Frequency and No Tomorrow, which are only in their first season. Other series, like The 100, The Originals, and iZombie have also been on the circuit for awhile but with no update on their future.

Still, with Jane, Supergirl, Crazy Ex and the rest getting renewed, the CW lineup sounds pretty freakin' great. Network president Mark Pedowitz is just as excited about the CW's future as the rest of us, saying in a statement, "over the past several seasons, The CW has built a schedule of proven performers, from our lineup of DC superheroes, to critically acclaimed comedies, to sci-fi dramas." He added that "early pickups of these seven series now allow our producers to plan ahead for next season, and gives us a solid base to build on for next season, with original scripted series to roll out all year long."

While some of your favorite series may not make the cut, the good news is the CW will be adding even more exciting series into the mix. On Jan. 26 we'll get a new glimpse at the world of the Archie comics in Riverdale, which will be an edgy look at the exploits of the red-haired teen and his friends.

Out with the old and in with the new, and a little bit of additional sameness. Bring it on, CW.