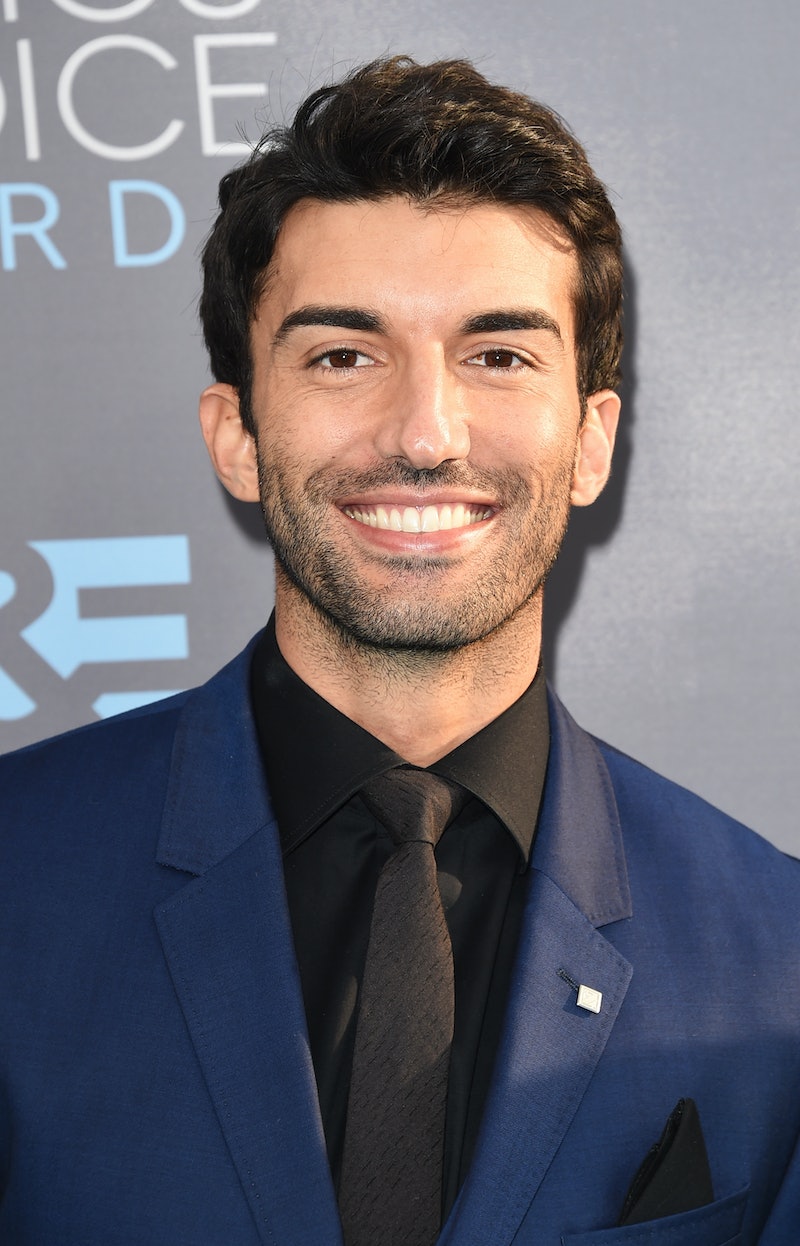 As the push to shatter female stereotypes ramps up, so should the effort to challenge misconceptions about men. That's why Jane the Virgin's Justin Baldoni is creating a men's talk show through his media company, Wayfarer Entertainment. After Variety reported the news, Baldoni took to Instagram to explain the long, emotional process it took to get the project off the ground, writing that no one thought "a conversation show around men opening up" could be profitable, but he believed so strongly in the idea that he decided to take matters into his own hands.

I believe that there are more than enough men who are ready and willing to challenge the stereotypes of masculinity and join this conversation. I believe that men are ready to redefine what it means to be a man today, and that the old "toxic" masculinity isn't working for anyone. So... this is for all my brothers who are ready to bring in and challenge a new generation of men to be role models for our youth. This is for all my sisters who I feel need to know that there are men all over the world who believe in equality and who are willing to challenge the stereotypes masculinity, not only to protect but also to empower them.

According to Variety, the show, titled The Men's Room, will be a "disruptive weekly panel series that explores what it means to be a man today," addressing both manhood itself and the role men play in society.

It's based on Baldoni's own social media presence, where he frequently tackles topics like masculinity, female empowerment, fitness, marriage, and fatherhood from a subversive and candid perspective that's too rarely discussed by men. As a recent example, he shared a photo of himself at the gym, captioning the image with a frank discussion of his struggles with body image and feelings of low self-esteem:

"The truth is that I'm one of the many millions of men [and] women that have body dysmorphia. When I look in the mirror I'm not happy with what I see like so many of you," he wrote. "So to my dear friends… be patient with yourself. Love yourself, [and] be OK having insecurities. To my men, talking about your insecurities doesn't make you less of a man ... it actually makes you more of a man."

The Men's Room, upon first glance, may initially seem like a lightning rod for mansplainers, but Baldoni makes it clear the show intends to be quite the opposite — serving as an outlet for men to learn, share, and take an active part in the ongoing conversation about understanding and redefining the complexities of human identity.

“Our intention for creating this show is not just to be seen by millions, but to be seen by the people who need it, who are ready for it, and who want to see men come into their own and embrace another side of themselves,” Baldoni told Variety. “It’s not about the money, the size of the sale for us, or even where it lives — it’s about the integrity of the conversation, and the intention behind the show.”

Feminism has long been trailed by the misconception that it's meant solely to empower women, and while that's certainly a key tenant, it's not the only focus. Yes, men have historically had more privilege than female, transgender, and non-binary folks — including access to coveted screen time — and though there are surely times when they can best be allies by simply listening, that doesn't mean they should be shut out of spaces that demand a collaborative point of view. Their voices still matter, and if The Men's Room can live up to its mission statement, it may be a valuable addition to the march toward progress.