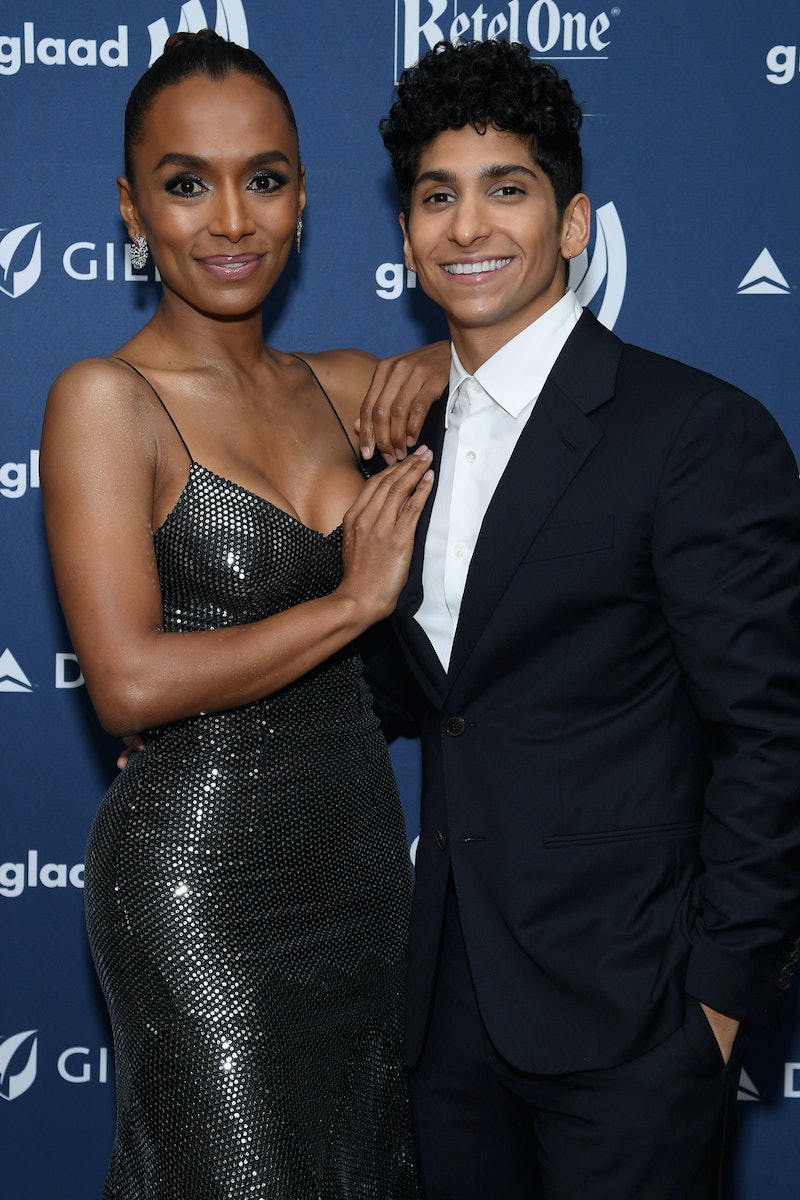 The category is ... live ... work ... learn new things about yourself every chance that you get. Shortly after splitting from her second husband, the critically-acclaimed director of Pose developed a special connection with one of the actors on the show. Eventually, things took a romantic turn, and Janet Mock's relationship with Angel Bismark Curiel from Pose ended up teaching her more than a few important life lessons, as the actor-director-writer Mock recently admitted during a new interview with Out.

In July, Just Jared reported that Mock and Curiel — who plays House of Evangelista's Lil Papi — had been dating for about a year. This came as a pretty big surprise to most fans, as it was the first time there had been news about their relationship at all. It was a happy surprise, of course, but still a surprise, nonetheless.

Now, while speaking to Out for the latest issue, published Sept. 16, Mock has revealed how her romance with Curiel originally came to be. She also opened up about the positive impact he's had on her life, and the things their relationship has taught her about herself.

"It began innocently enough," Mock told Out. "I had just wrapped an episode I was directing and he made me know he was attracted to me in a very jarring way, because I just wasn’t in the [romantic] headspace at all," she said. "A day later, at one of our first screenings, he asked, 'Are you happy in your relationship?' And I just answered, 'Yeah,' and then walked away. But it struck me."

The thing was, though, Mock wasn't happy in her relationship with then-husband Aaron Tredwell. However, she hadn't really come to terms with that fact until Curiel's question provoked her to do so.

"You have to be vulnerable in that way all the time, and unafraid," Mock explained, noting that it's important to be accountable for their own feelings. "That’s something that I’ve learned through this relationship [with Curiel]. I wanted more of that challenge and that feeling and that connection."

Mock filed for divorce from Tredwell in February, citing irreconcilable differences as the reason for their split, according to The Blast. Fans would end up learning of her burgeoning romance with Curiel a few months later, but they'd actually been dropping subtle hints that they were an item since around May.

On May 25, Mock shared a photo of herself looking fly while hanging out by the pool at The Standard Spa in Miami. "My man took this," she captioned the shot, followed by a few beachy emojis. The reason fans likely didn't realize that "my man" meant Curiel at the time was that she didn't tag him in the caption itself. She did, however, tag him in the actual photo — the tag was on her bikini bottom area — which isn't necessarily something most people automatically check.

Now everyone knows that Mock and Curiel are officially a thing. And by the way Mock talked about him in her interview with Out, it's a really good thing that has changed her life for the better.

More like this
Hilary Duff's Husband Matthew Koma Has Her Name Tattooed On His Butt
By Jake Viswanath and Stephanie Downs
Daryl McCormack Has A Very Special Lady In His Life
By El Hunt
Keke Palmer Shares The Sex Of Her & Darius Jackson's Baby
By Jake Viswanath
Channing Tatum Calls Walking Away From Relationship With Jenna Dewan “Terrifying”
By Radhika Menon
Get Even More From Bustle — Sign Up For The Newsletter
From hair trends to relationship advice, our daily newsletter has everything you need to sound like a person who’s on TikTok, even if you aren’t.