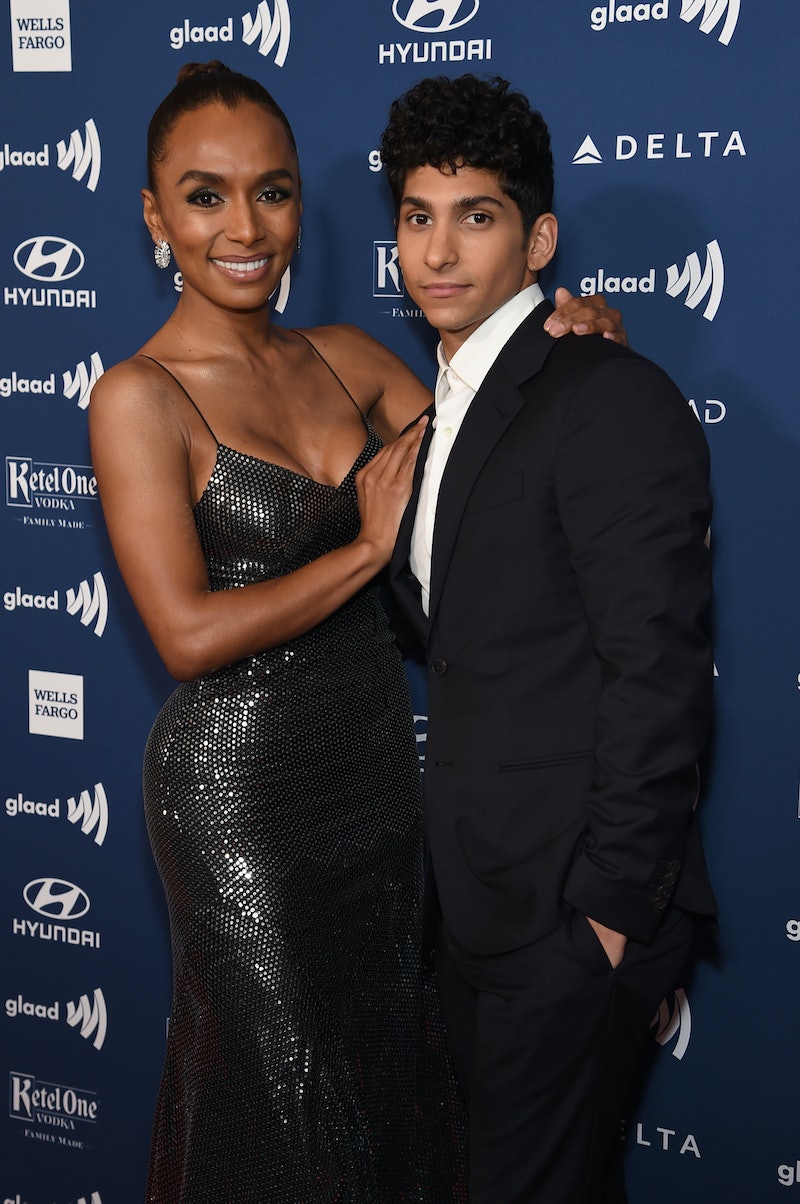 This scoop gets tens, tens, tens across the board. Pose’s Janet Mock and Angel Bismark Curiel are reportedly dating, and yes, this pairing is beyond. According to Just Jared, they have been rumored to be in a relationship for about a year, but a lot of fans (*raises hand*) are only hearing about this love connection now. Mock is a producer/director/writer on the critically acclaimed drama, and Curiel plays House of Evangelista member Lil Papi.

The Pose fandom caught wind of this coupling last month after Mock posted a photo taken of her as she posed by the pool at the Standard Spa in Miami. “My man took this,” she wrote. She did not include the photographer’s Instagram handle in the caption, but she did tag Curiel in the picture. Oh, and a day after Mock shared that picture, Curiel posted a photo he took while hanging out at the Standard Spa in Miami.

Though Pose fans took notice of the picture in June, it went up all the way back in May. Clearly, the IG tag kind of flew under the radar for a while. But then, the internet eventually put two and two together, and many of the fans who were not already aware of Mock and Curiel's relationship are now up to speed.

This IG tag was not Mock and Curiel's first acknowledgement of their apparent relationship, but it seems to be the one that is garnering the most attention. They went to the Elton John AIDS Foundation's Oscars party together. They attended Ryan Murphy's The Prom benefit performance together. Curiel shared a photo he and Mock took at the 2019 GLAAD Media Awards, calling it a "date night." A few days later, Curiel posted a picture someone took while he and Mock were standing on an escalator at a Met Gala party. "Afterpartying with my queen. #metgala," he wrote. Oh, and as some eagle-eyed fans observed, both shared pictures and videos that they snapped while on vacation in the Dominican Republic last July.

So, there you have it. Pose actor and the Pose writer/director/producer have been dropping little bread crumbs here and there for months. Alas, those bread crumbs flew right on over our heads (until now).

The Surpassing Certainty: What My Twenties Taught Me author has seemingly moved on from her ex-husband. Mock and Aaron Treadwell filed for divorce in February after three years of marriage. After the news broke, Mock confirmed the split in a statement provided to Out. She said,

“Aaron and I have decided to part. I’m grateful for the years we shared and will look back on them fondly. I appreciate your well wishes as we continue onward separately with enduring reverence.”

If you are like, "Where have I been and how did I miss this scoop about Lil Papi and Janet Mock and does this make me a fake fan?" do not worry. Pose fans far and wide are in the same boat.

The same pleasantly surprised and genuinely delighted boat. What a wonderful boat to be in.

More like this
Richard Madden's Dating History Reportedly Includes This Model & A 'Doctor Who' Star
By Radhika Menon
The First Trailer For 'That '90s Show' Includes So Many Nods To The Original Series
By Jack Irvin, Alyssa Lapid and Grace Wehniainen
Elizabeth Debicki On Her Approach To The Most Debated Scene From 'The Crown'
By Grace Wehniainen
Matt Smith Proves He's Daddy Daemon In This Viral 'House Of The Dragon' Video
By Marina Watts
Get Even More From Bustle — Sign Up For The Newsletter