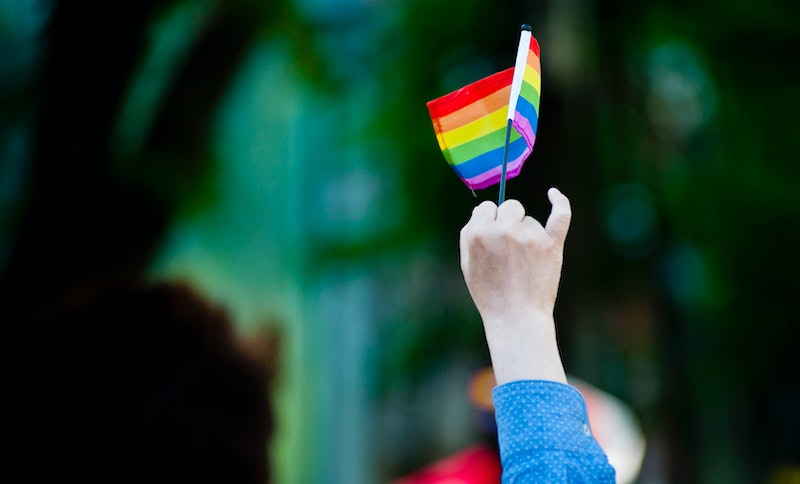 Human rights groups and LGBTQ advocacy organizations have condemned Japan's Supreme Court for upholding a transgender sterilization law they deemed as being "incompatible with international human rights standards." Implemented nearly 15 years ago, the law effectively forces transgender individuals to undergo sterilization procedures before they are legally allowed to change their gender.

Under Japan's sterilization law, which is also known as Law 111, anyone seeking to legally change their gender on documents must first meet a series of requirements. According to NBC News, these requirements include being single, not having children under the age of 20, and undergoing a psychiatric evaluation to be diagnosed with "Gender Identity Disorder" (GID). The law also calls for individuals to be sterilized, which the law reportedly defines as "to not have gonads or permanently lack functioning gonads" be they testes or ovaries.

According to the Associated Press, a four-judge panel from Japan's Supreme Court ruled unanimously that the law was constitutional. In its ruling, the court reportedly claimed the law was designed to reduce potential confusion and problems within families that might lead to "abrupt changes" to society and thus didn't equate to a violation of the constitution, CNN reported.

But although the court ruled to uphold the law, it's ruling did acknowledge the restrictions it placed on the freedom of transgender individuals. What's more, the judges noted that the sterilization law may eventually become at odds with public opinion as social values continued to change. According to CNN, the judges ultimately urged the country's lawmakers to review the law, calling it "invasive."

In a statement reported by the Associated Press, Human Rights Watch, slammed the ruling as being "incompatible with international human rights standards." What's more, the group argued that the ruling "goes against the times and deviates far from best global practices."

In fact, this isn't the first time Human Rights Watch has spoken out against Japan's Law 111. In 2016, the group filed a formal complaint against the law with the United Nations' Special Rapporteur on torture and other cruel, inhuman or degrading treatment or punishment. In their complaint they argued the law amounted "to cruel and inhuman treatment" and was "a violation of transgender people's right to health."

In a statement to CNN, Chung called the law "intrusive" and "discriminatory." "Forcing people to undertake medical treatment in order to obtain legal gender recognition violates their right to the highest attainable standard of health," she said.

While Japan's Supreme Court upheld the law, the transgender man responsible for challenging the law told reporters at a news conference that he thought the ruling "could lead to a next step," the Associated Press reported. However, while members of the country's top court have encouraged legislators to rethink Law 111, it is unclear if the legislature will actually do so.