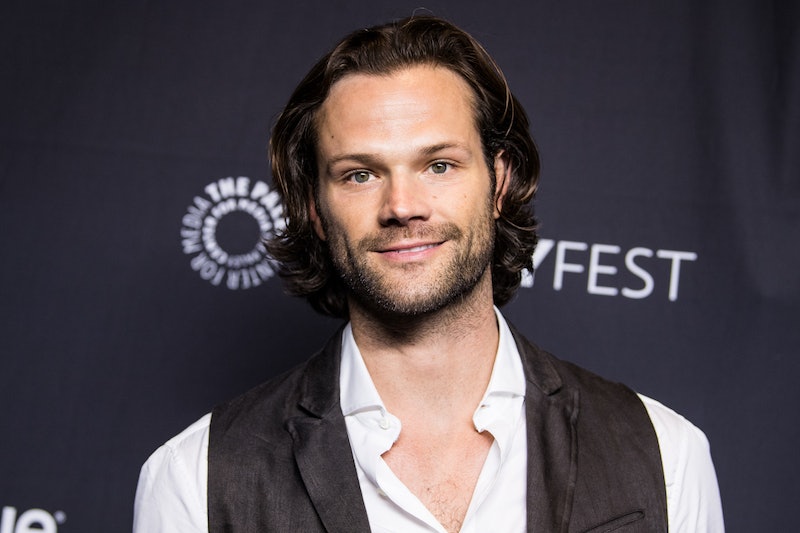 This TV casting should please Gilmore Girls fans. Jared Padalecki has joined a Walker, Texas Ranger reboot, Deadline reported on Monday. And, yes, Padalecki is set to play the lead character, Cordell Walker. He's even executive producing the project alongside Anna Fricke (Valor) and Dan Lin (Lethal Weapon). Fans might think the actor's latest role is a far cry from his days as Dean on Gilmore Girls and even as Sam Winchester on Supernatural, but, really, Padalecki playing Walker sounds like destiny.

According to Deadline, the reboot, which will be called Walker, will follow in the footsteps of the '90s action/crime series that starred Chuck Norris in the titular role. The original show ran for a total of nine seasons on CBS. Deadline describes the new Walker as a "straight reboot," similar to Magnum P.I. and MacGyver, where the character is a new incarnation. Apparently, CBS TV Studios is interested in the reboot and the new show could potentially be picked up by The CW, which is considered a "leading contender." Seeing as Padalecki has been part of The CW for 14 years due to his role on Supernatural, the network might be the perfect fit for the reboot.

The new series will give Walker a female partner and "will explore morality, family, and rediscovering our lost common ground," per Deadline. Regarding his partner, she is "one of the only women in Texas Rangers' history." Padalecki's character is described as "a man finding his way back to his family while investigating crime in the state’s most elite unit," who is also a widower and father of two.

Padalecki's Walker will return to his hometown of Austin, Texas after working undercover for two years on a high-profile case. But, as Deadline also notes "there’s even more work to be done at home." According to the outlet, Walker and his partner, who has yet to be cast, are said to be "modern day heroes our world needs" and will, of course, follow "their own moral code to fight for what’s right, regardless of the rules."

If Gilmore Girls fans think about it, Padalecki's Dean actually has some similarities to Walker. No, he never fought crime or anything like that, but Dean embodied a few cowboy qualities. For example, in Season 1, Dean defended Rory's honor at the Chilton dance. That's something a cowboy would totally do. Dean also never failed in helping Lorelai by literally doing heavy lifting for her around the house. He even helped with construction at the Dragonfly Inn, showing his handy side and that he wasn't afraid to get his hands dirty. Oh, and there was also that time he sported a cowboy hat while working at Doose's Market, which just proves even further Padalecki was meant to play Walker one day.

In keeping with the kismet talk, Supernatural pretty much predicted Padalecki's role as Walker. In Season 6, Episode 18 titled "Frontierland," Sam and Dean (Jensen Ackles) are sent back in time to the Old West. In one scene, Dean introduced himself and Sam as follows, "Marshall Eastwood. Clint Eastwood. This here is, uh, Walker. He's a Texas Ranger." If that isn't enough, Padalecki is a Texas native and currently resides in Austin with his wife, Genevieve Padalecki, and their three children. So, yeah, Padalecki was totally meant to play the famous Texas crime-fighting ranger.

With Supernatural coming to a final close after Season 15 (it premieres in October), it's fitting that Padalecki is looking for more work and trying out a role that is different than Sam. Really, Sam and Walker do have similarities. They both fight crime, but Sam is more about eliminating demons and other evil supernatural creatures compared to dealing with actual human beings.

Like CW president Mark Pedowitz told the cast and creative team of Supernatural during the Television Critics Association in August (via Deadline), "Fifteen years is a remarkable achievement. Now I get a little sad. You will always have a home here, and you will always have a personal fan in me." It's definitely exciting to know that Padalecki might once again be back on the small screen — and possibly on The CW.