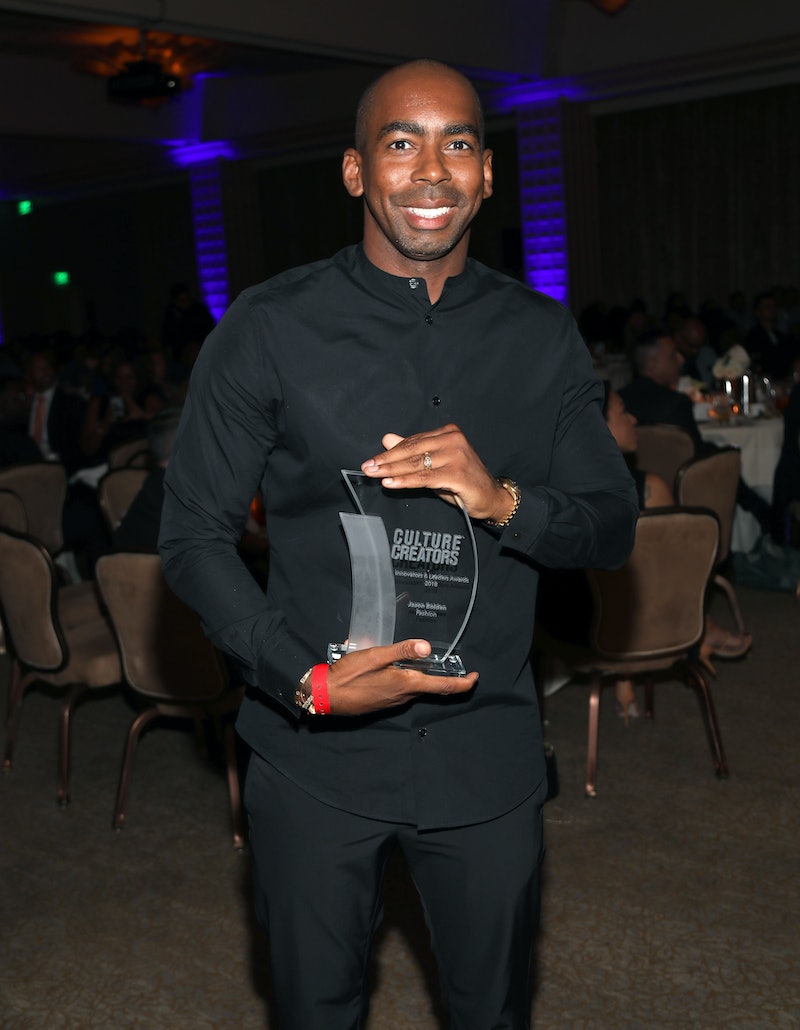 If you love shows like Queer Eye and Project Runway, you may want to check out Styling Hollywood when it hits Netflix on Aug. 30. The new series stars fashion stylist Jason Bolden and his husband interior designer Adair Curtis as they run their business JSN Studio together and deal with all kinds of A-list drama. Seriously, Jason Bolden's Instagram reveals that he's worked with the kind of high-powered celebrities you could only dream of seeing IRL.

According to The Hollywood Reporter, Bolden got his start styling for actor Gabrielle Union. These days, he can count Grown-ish star Yara Shahidi, Empire's Taraji P. Henson, musician Alicia Keyes, director Ava DuVernay, athlete Serena Williams, and actor Vanessa Hudgens among his clients. He's styled stars for some of the biggest events in the business, including the Oscars (THR reported he once only had two days to find Henson something to wear for that ceremony) and the Met Gala, where he worked with trans activist Janet Mock on her look.

Bolden is understandably proud of his work, and a majority of his Instagram photos feature the celebs he styles. But the social media site also gives a rare peek into his everyday life when he's not working.

He Shares Selfies With His Husband

In another IG post about the upcoming Netflix show, Bolden wrote that he was excited for viewers to meet his hubby and see behind the scenes of their work life. He said, "Fashion & Design Are My LIFE!!! I’m So Pumped I get to share with You All Adair & I's New Show @stylinghollywood Go Behind the scenes of JSN STUDIO on August 30th."

He Recently Went To Italy

Only the finest of travels for these two.

He Is Super Proud Of His Dad

For Father's Day, Bolden posted this throwback photo of his father along with a caption about his accomplishments: "You’ve Knocked Down Racial Walls In The Medical World & Help Save Lives Of Others For 50yrs! Not To Mention, You Rocked A Fro Through All Of It!!!"

And He Posted A TBT Of His Mom Too

This photo was for Mother's Day.

But, Mostly, Bolden Posts About Work

He's styled celebs for a ton of covers including Jessica Alba for Architectural Digest, Yara Shahidi for Town & Country, Gabrielle Union for Parents, and more.

He Loves Showing Off His Clients' Looks

Here's Vanessa Hudgens in one of his stylings.

And Here's Janet Mock In Her Met Gala Look

He Styles Men Too

He did Trevor Noah for The Hollywood Reporter.

And He Never Forgets Who Came First

Union was his first paying client, and the two are still friends today. They hang out even when they're not working together — and she's friendly with his husband too as evidenced by the above photo.

Based on the talent seen in the trailer for the Netflix series, it's going to be just as star-studded as Bolden's Instagram is. You can see Yara Shahidi, Ava DuVernay, Janet Mock, Dulé Hill, and more celebs in the trailer alone. Knowing how many people Bolden has styled for, more are sure to come in the series when it hits Netflix on Aug. 30. It's going to be an A-list affair.