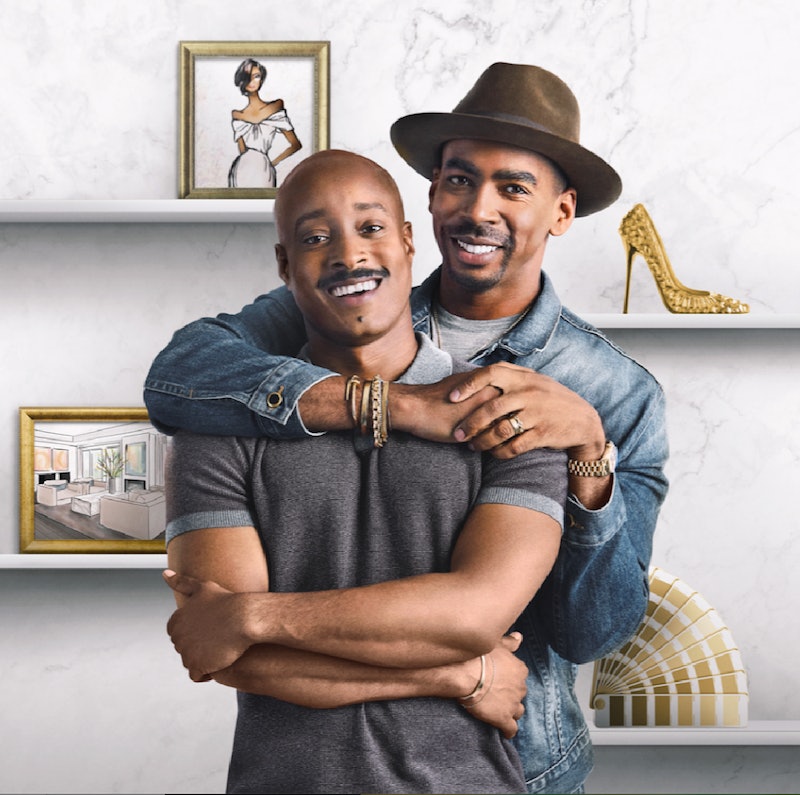 After you watch the fantastic trailer for Netflix original reality series Styling Hollywood, you will probably feel compelled to create an alert on your smartphone that notifies you the millisecond the show hits the library. You will want to watch it the moment it is made available, and not a moment later. That is a totally reasonable reaction to the preview, which Netflix unveiled on Wednesday, Aug. 14. It really is that great.

Styling Hollywood, which will be available on the streaming service Aug. 30, follows power couple Jason Bolden and Adair Curtis as they, well, style Hollywood. In the preview for Styling Hollywood, we see Bolden and Curtis work with a number of famous faces, including award-winning director Ava DuVernay, Grown-ish star Yara Shahidi, and writer/activist/producer Janet Mock.

“Styling Hollywood is a series following celebrity stylist Jason Bolden and his interior designer husband Adair Curtis as they run their lifestyle company JSN STUDIO while balancing marriage and life’s ups and downs. With their talented crew of colorful employees, watch as they curate ‘Black Girl Magic’ for some of Hollywood’s biggest stars including Taraji P. Henson, Gabrielle Union, Eve, and Ava DuVernay (just to name a few).”

Oh, what have we here? A reality show about a couple who runs a company that curates the wardrobes and the homes of big name celebrities? You better believe that is what we have here, and jeez, does it look divine. Check out the trailer below and see for yourself.

Bolden got his start back in 2011 when his friend Gabrielle Union asked him to style her for Art Basel. Now, he styles a lot of A-list stars for A-list events, part of The Hollywood Reporter's 25 Top Stylists list, and runs a lifestyle company with Curtis.

As Curtis told Coveteur in 2017, JSN Studio began when Bolden "decided he wanted to be a stylist, but he was also an interior designer." Curtis continued, "I told him, ‘Well, you want to be known for one thing, and then we can do everything else.’ There was always the goal of having this multidisciplinary company that we call a studio. Most people know him just as a stylist, but we also have an interior-design practice.”

Curtis also told the outlet that he “couldn’t imagine not working with [Bolden].”

Styling Hollywood will give viewers a peek into what it is like to be a stylist to the stars, as well as a look at Bolden and Curtis's personal lives. When talking about the forthcoming Netflix series in Out's February issue, Bolden said,

“You have these two Black men who love each other and their careers are doing really well, but what does that really look like? I personally know what it looks like for me because I live it, but I also look out sometimes and have to say, ‘I don’t see anything that mirrors myself and my husband.’”

Sorry to be a broken record, but this show sounds so dang good. Mark those day planners, build those advent calendars, and clear those schedules. Come Aug. 30, you've got on appointment with Styling Hollywood.

More like this
Netflix's 'Bling Empire' Season 3 Trailer Includes A 'Selling Sunset' Cameo
By Kadin Burnett and Sam Ramsden
Shaina Explains Why Natalie’s 'Love Is Blind' Text Claims About Shayne Have “No Validity”
By Grace Wehniainen
Brittany Snow & Tyler Stanaland Are Separating After 'Selling The OC'
By Grace Wehniainen and Radhika Menon
What Is 'Pretty Wild' Star Tess Taylor Up To Now?
By Morgan Leigh Davies
Get Even More From Bustle — Sign Up For The Newsletter