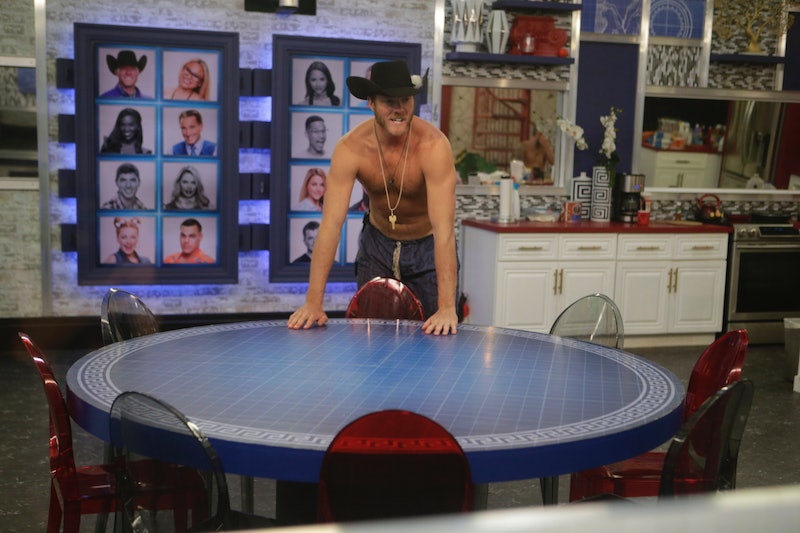 This whole Big Brother 19 season has been about Paul's puppets doing everything he's said. And because he's been running the house, pretty much every single eviction has been predictable. Even though the audience saw it coming, this week's elimination was a surprise to some of the house guests. Jason was evicted on Big Brother 19, and the vote definitely kicked up some drama among the houseguests.

Raven avenged her showmance partner Matt and voted out Jason, obviously. Alex has hated Kevin for weeks (for no legitimate reason I can discern) so it wasn't at all surprising that she voted him out. Paul forced Josh to vote out Jason, so he can vote against Kevin in order to appease Alex in case she is the next Head of Household. This means that the votes were tied with two votes for Kevin and two for Jason and that Christmas had to cast the deciding vote as the HOH.

Christmas made it clear that Jason was her target for the week so it didn't surprise the viewers when he was eliminated. Jason was beyond shocked though. He didn't say goodbye to any of the houseguests, not even his "ride of die," Alex. Paul even had the audacity to pretend that he wasn't the one who orchestrated this whole plan and blew up at Josh in front of the houseguests.

When Jason joined Julie Chen on stage after the elimination, he was visibly flustered. Julie told him, "Jason get it off your chest" and he sure did.

He told her, "Julie there's a bunch of counterfeits in there. This was 100 percent not expected. I am blindsided, but it's Big Brother so I'm glad I made it as far as I did. I never expected to come this far." And then he just couldn't help saying, "I would like to go back in there for just five minutes." Most eliminated contestants probably feel this way, but it just isn't allowed.

And just when it was getting absolutely ridiculous how everyone was going along with Paul, Josh actually came through and exposed his final three alliance with Christmas and Paul in his goodbye video message to Jason. Jason was completely surprised and it just got even worse when Paul acted like he was blindsided by the eviction in his goodbye message. Josh finally blew up Paul's game, and Jason is beyond angry about the betrayal.

If Paul does end up in the final two, Jason is going to be a super bitter jury member and vote for whoever he is against. Or at least that's what it is most likely to happen, after his fellow houseguests blindsided him.