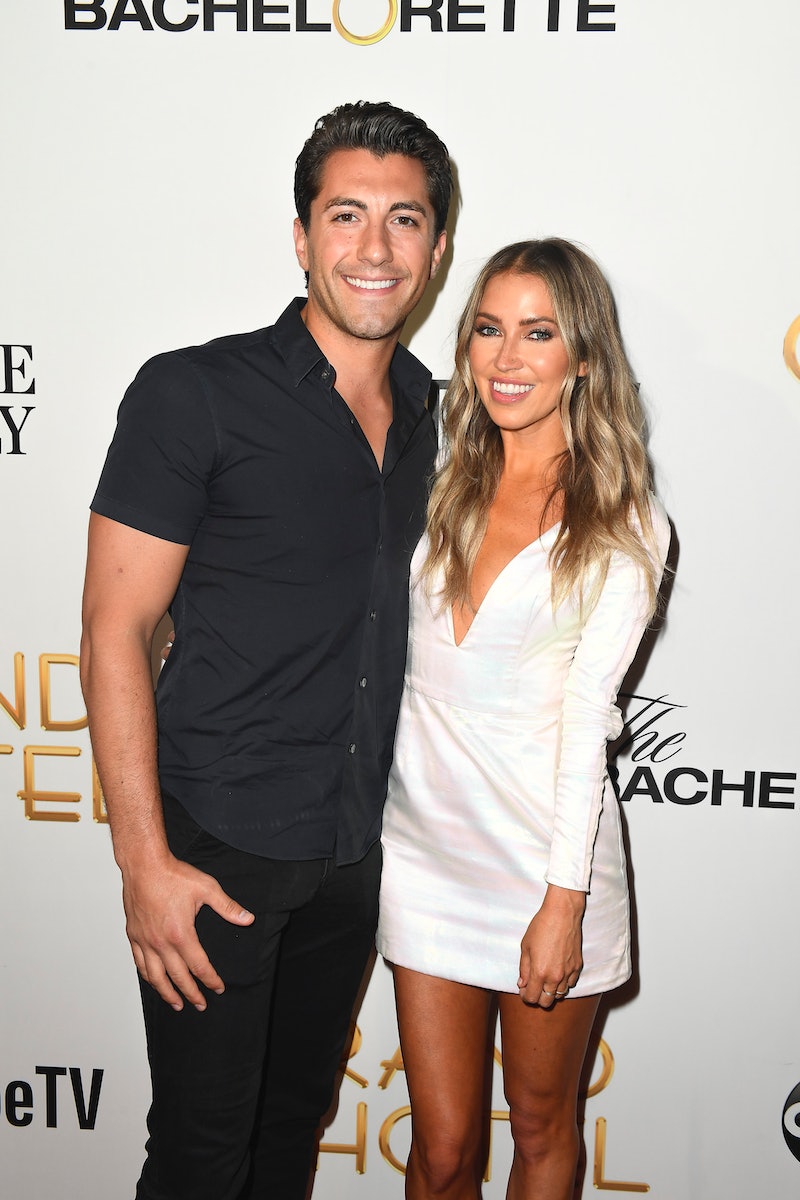 Bachelor franchise fans are used to couples falling in love and getting engaged in a short period of time, but what about the alums who meet outside of the show? Well, that same pressure is still there, minus the need to comply with a filming schedule. Jason Tartick & Kaitlyn Bristowe aren't engaged yet, but the Bachelor couple already has the pose down for when they get there.

On July 31, Kaitlyn posted a photo of the couple on a beach. She wore a white dress with her arms draped around his shoulders. They stared into each other's eyes with a perfectly scenic backdrop. The picture had all the makings of a perfect engagement photo (minus a visible ring), but Kaitlyn made the situation very clear in her caption: "Not engaged."

As disappointed as their followers may be that Jason has not popped the question, there is something good that comes from this post: the guarantee that they will take great engagement photos. Not that anyone seriously doubted this, but at least Kaitlyn's Instagram post served as a preview of what to expect when the day does eventually come. Yes, "when" and not "if" because it really seems like it's just a matter of time until it happens.

Jason loved the photo so much that he commented about including it with the photos they'll take when they are actually engaged.

Bachelor alum Olivia Caridi spoke for everyone in Bachelor Nation when she just commented "Not yet at least." Bachelor in Paradise favorite Adam Gottschalk echoed her sentiments and just wrote "...yet." Needless to say everyone is on board the possibility of an eventual engagement and will be even more excited when it actually happens.

Kaitlyn and Jason have been very open with their relationship on social media, in interviews, and on her podcast, Off the Vine With Kaitlyn Bristowe. When they are engaged, there is no doubt that they will be just as open with the big news.

This is especially true since they have publicly discussed their future, which, spoiler alert, includes getting engaged. In an Instagram post in honor of Bachelor host Chris Harrison's birthday, Kaitlyn shared one important detail that she wants in a marriage proposal:

"Now I joke and say, 'when I get engaged, (again) my boyfriend will have to ask 3 men for my hand in marriage. My dad, my step dad, and Chris Harrison.'"

Chris might be involved in the proposal if Jason ends up asking for his blessing, but he will definitely be involved when it comes to their wedding. Jason revealed, "The only thing she said about a wedding that she was certain she wanted was that Chris Harrison would marry us. That is the non-negotiable" during his June 7 appearance on The Morning Toast. Jason continued, "For non-negotiable, I agree. Chris Harrison is gonna marry us." He also remarked, "I am ready for marriage."

Now that they have one major aspect of the wedding planned, it is only a matter of time before the actual engagement happens. Or at least that's what the fans are hoping.