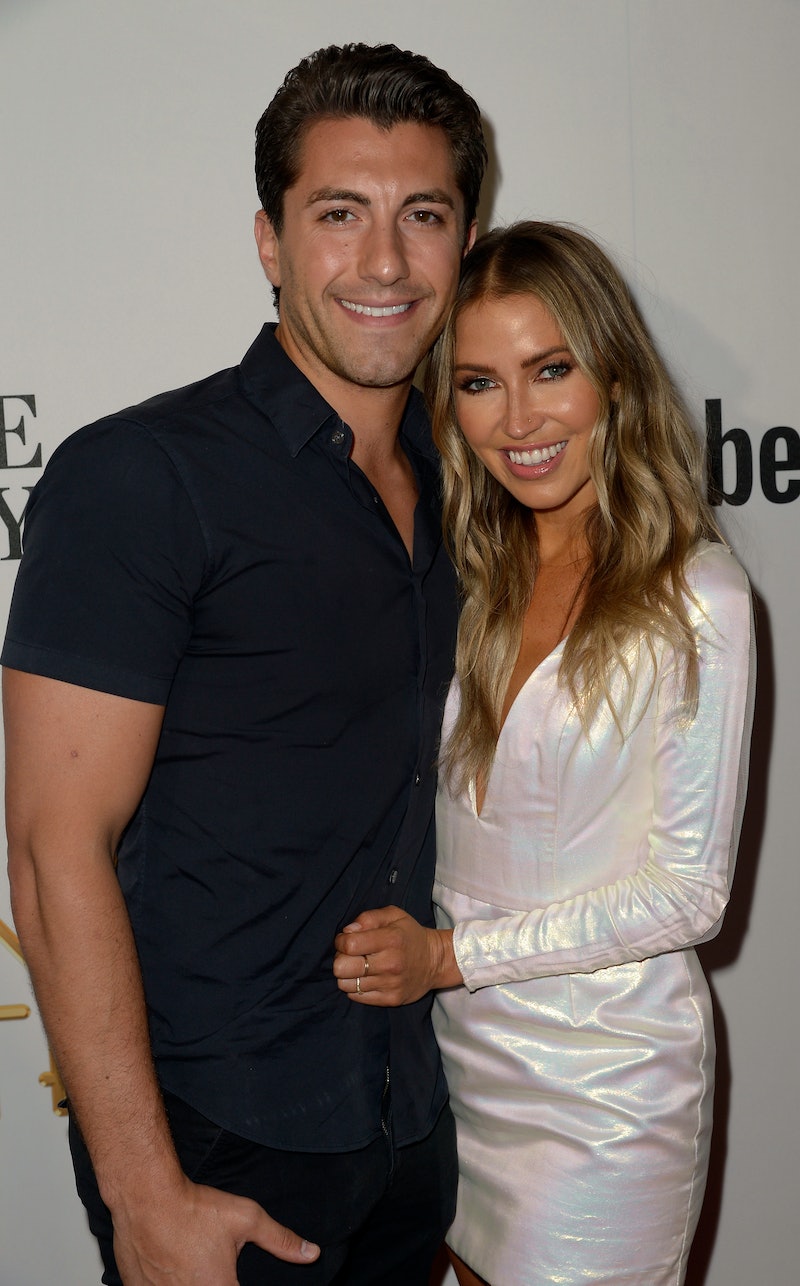 Even though their Bachelorette experiences were years apart, for the past several months, Kaitlyn Bristowe and Jason Tartick's relationship has quickly become one of fans' favorites. They seem truly happy together, and it all started because their journeys on the show didn't quite pan out the way either of them wanted. On Monday, Jason shared a new Instagram about Kaitlyn and how the end of The Bachelorette is really just the beginning, and in their cases, it's definitely true.

Jason's post came during the same week Hannah Brown's Bachelorette finale airs, and this time last year, when he was still vying for Becca Kufrin's affection, Jason was in the same place Peter was when Hannah sent him home — in the final three but sent home before being given the chance to propose, which seemed really heartbreaking for Jason at the time.

But now, he's learned about all the good that can come from not getting that final rose, and he shared it all in his Instagram post. The photo he shared (which was taken by Flytographer) features Jason, Kaitlyn, and their newly adopted dog, Ramen, sitting together on the grass and grinning at the camera — it looks like all three of them are pretty happy with the way things turned out.

"If I only knew a year ago what I know now, I’d tell myself...there’s nothing better than a restart. That closing one chapter and starting a new one only brings the light at the end of the tunnel that much closer to a reality. It’s remarkable what changes life can bring to you, if you’re willing to make changes in your life."

So much has changed for Jason since he was on The Bachelorette. Not only did he meet and fall in love with Kaitlyn, but he moved to Nashville to live with her and now, they have their dog and a life that they both seem to love. And being that The Bachelorette didn't quite pan out for Kaitlyn, either — she and final pick Shawn Booth never ended up getting married before they called it off last year — it's probably safe to assume that they're both happy they didn't get the ending that they wanted at the time.

And just a month ago, Kaitlyn and Jason said that they could get engaged relatively soon during an interview with E! News — like, "within a year." It looks like this couple is here to stay, and it's great to see both of them in such an awesome relationship.

So far, Jason and Kaitlyn have been super open about their relationship on Instagram, sharing their journey as a couple with their followers. They both seem so happy together, and who knows what could happen next? They may not have met on The Bachelorette, but they met because of The Bachelorette, and it's really cool to see that happy endings can still exist, even if we don't get to see them play out on screen.

Editor's Note: This post has been updated to include Jason's Instagram photo after receiving permission from Flytographer.

More like this
Rachel & Aven’s Fight In ‘The Bachelorette’ Finale Has Fans On Team Aven
By Grace Wehniainen
Bachelorette Gabby Kissed Her New Fiancé On 'Dancing With The Stars'
By Jake Viswanath
Where Is Former Bachelor Host Chris Harrison Now & What Is His Net Worth?
By Hugh McIntyre
Everything To Remember About Lace Morris Before 'Bachelor In Paradise' Season 8
By Grace Wehniainen
Get Even More From Bustle — Sign Up For The Newsletter