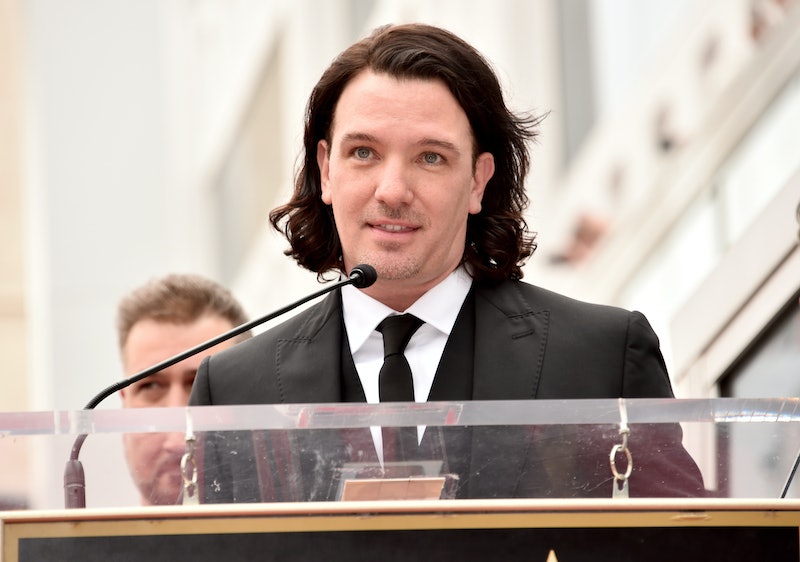 NSYNC singer and former Mouseketeer JC Chasez returned to his Mickey Mouse Club roots with an appearance on Club Mickey Mouse and the nostalgia is sure to make your 90s heart swoon. The iconic show's reboot, which Entertainment Weekly reveals debuted on Disney Digital Network this past September, welcomed one of its former and most popular members back into the fold as a mentor for a soon to be released back-to-school special. A music video, which was released on Friday, August 10, offered a glimpse of of the boy bander's cameo appearance as he steps into the role of Principal Chasez during the clip. The 42-year-old entertainer and former *NSYNC member spoke about his involvement with the project during a recent discussion with EW, explaining:

"It was an automatic yes. Basically, it just boiled down to a phone call. We knew when the new Mouse Club had come out, but my manager called and said, 'Hey, they would love to have you pop in and do a piece with them.' I was more than happy to do it."

As a former member of the Mickey Mouse Club, Chasez told EW that being a part of the show in his younger years was "one of the greatest experiences" of his life. He starred on the Disney Channel series in the '90s alongside his future *NSYNC bandmate Justin Timberlake.

Of his time in the Clubhouse, Chasez said:

"I couldn’t have asked for a better group of people to be around. Not only was I surrounded by talented cast members, but the people that Disney put in place around us to really help us be better and get better and grow as artists, it was incredible. It was a wonderful learning experience."

Many of Chasez's MMC costars went on to become some of Hollywood's biggest and brightest stars including Timberlake, Ryan Gosling, Britney Spears, Christina Aguilera, and Keri Russell.

When asked by EW if he'd be onboard for a Mouseketeers reunion with his former Mickey Mouse Club co-stars, Chasez revealed:

"The club members I came up with, I consider them friends for life. So if anybody wants to meet me anywhere, I’m always down. It’s a matter of when, where, and schedules. Everybody’s leading busy lives, but those people will be my friends forever. They will always have my support."

As for the reunion, it totally sounds like a possibility since Britney Spears recently told Entertainment Tonight that she'd be down to participate in a reboot. She shared, "They would have to plan it. I would definitely show up. I would go. Definitely.”

All-in-all, Chasez appears to be extremely grateful for the platform that the show offered him in his youth as he helps to prep the next generation of Mouseketeers. He explained,

"It gave me the opportunity to meet other people that were like-minded, who had dreams and aspirations outside of their hometowns. It made me more comfortable with myself and who I was in that moment."

Chasez's Club Mickey Mouse cameo is awesome for so many reasons. And it's great to see him helping to usher in a new generation of talent while appearing on the show. It's truly everything '90s kids could have asked for.