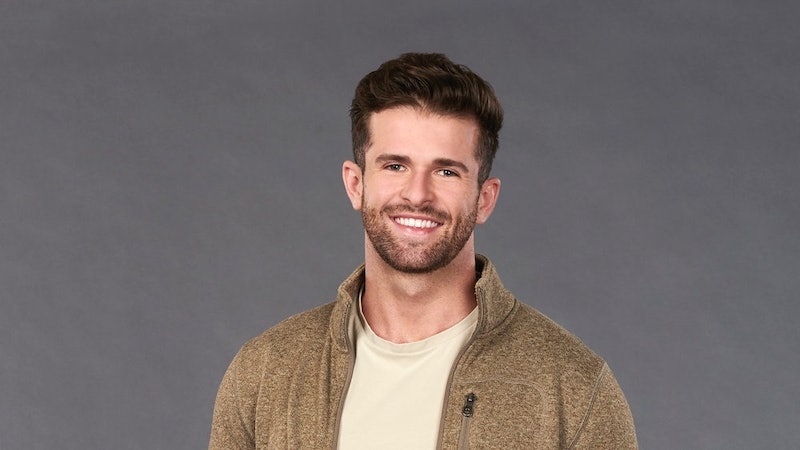 Following the explosive revelations last month, The Bachelorette's Jed Wyatt has addressed his ex-girlfriend's accusations that they were in a relationship when he joined the cast of the ABC reality series. As fans will recall, back in June, Nashville-based musician Haley Stevens claimed that the two were several months into a relationship. But more so, Stevens said that her ex went on the show for all the wrong reasons — that is, to advance his music career. "He told me [early on] that he had applied. He said, ‘It’s probably not going to happen, but it’s a huge opportunity,” Stevens told People in an exclusive interview. "I’m only doing this for my music.’ He only did it for his career.”

She added, "He wanted a platform. He kept telling me, 'I don’t want my dad to have to help me pay rent anymore.' He said he only wanted to be top five… to be a major player so that it would be beneficial." According to Stevens, the two spent the night together prior to his trip to Los Angeles, where he joined The Bachelorette cast in efforts to woo Hannah Brown. Now, on the heels of the cheating rumors, Wyatt has finally broken his silence to address Stevens' accusations.

On Monday, July 8, Wyatt took to Instagram to share a lengthy message accompanied by a family photo. In the message, he asked for "patience and kindness" until he’s able to "speak openly" about the situation. “Hi ya’ll. Several of you have reached out with messages and questions. Please know I’m not able to answer right now, but as soon as I’m able to, I will,” he wrote. “Until then, I ask that you please understand how much the actions being taken towards myself, my family, the men on the show, and above all, Hannah, are affecting all of our mental and physical health.”

He continued, “It goes beyond what is said online. Threatening letters and phone calls have been sent to our homes. My parents and sister are being verbally attacked in public. I beg you to remember what seems like a harmless action is damaging to real people. I want to thank all of you who have reached out or reserved judgement until I am able to speak openly and I can only ask for your patience and kindness until then.”

Last month, in a shocking turn of events, Wyatt admitted to Brown on their first one-on-one date that he initially went on the series to promote his music career. In an interview with ET shortly after, Brown revealed that she appreciated Wyatt’s honesty.

“All I've wanted is someone to be honest and real with me, and he was that,” she said. “And so, he did exactly what I asked for him to do. I admired that.”

As fans will remember, on Wyatt and Brown’s first date, the budding musician told Brown, "Music is my passion. I want it more than anything in this world." He also explained his thought process when joining the show.

"When I signed up for the show, I was skeptical... My first thought was, 'This is a huge platform,’” he confessed. "I came in with that mindset.'"

According to Wyatt, however, his motives have now changed. “Now, more than anything, I want to be with you," he told Brown in the episode.

Not everyone is convinced of Wyatt's authenticity, though. Former Bachelor Nick Viall thinks it's a messy situation. "It's really hard to literally believe anything he's saying," he told ET. "And it doesn't help that every damn scene he's playing a guitar."

For now, fans will just have to continue to tune in every Monday to determine if Wyatt is, in fact, the real deal.