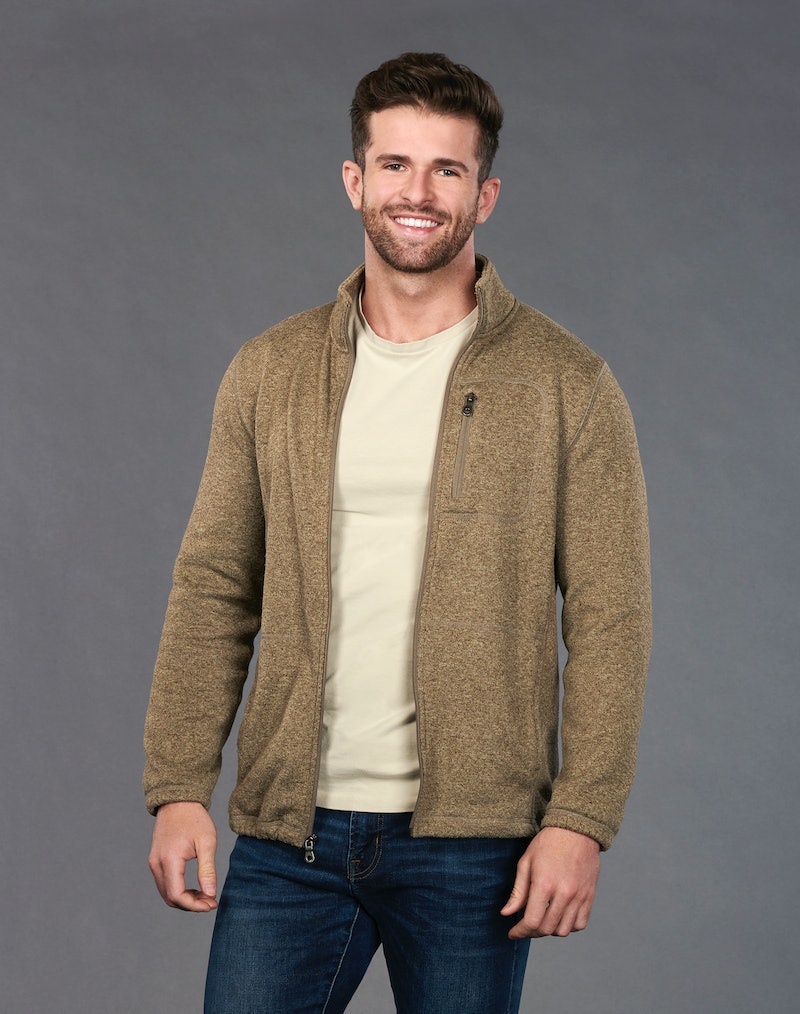 Bachelorette contestant Jed Wyatt has been caught up in a bit of a sticky situation recently, stemming from some accusations from one of his former girlfriends. And now, according to Entertainment Tonight, Jed Wyatt's ex-girlfriend has a message for Hannah Brown about the entire dilemma that you're going to want to read.

On June 20, Haley Stevens, the ex-girlfriend in question and a Nashville-based musician, discussed the matter with ET, days after she claimed to be Wyatt's girlfriend when he first went on The Bachelorette. During her appearance, she not only addressed her relationship with the musician, but she also offered up some advice to Brown. "Be true to yourself," Stevens said, "She's confident, she's held her own from everything I've seen and heard and read. She is holding her own."

That wasn't the only positive thing she had to say about the charismatic lead. "In the short bits of things I've seen about Hannah, she is really freaking strong," Stevens told ET, "People comparing and just questioning her decisions... she has handled it with grace and strength and stayed true to herself, so I have no doubt in my mind that she took care of [the situation with Wyatt] in what way was best for her."

Speaking of that situation, Stevens previously shocked all of Bachelor Nation when she claimed to have been in a relationship with Wyatt while he was dating Brown on The Bachelorette. Bustle reached out to Jed for comment, but has not yet heard back. However, Jed did address his Bachelorette controversy on Instagram, writing:

According to People, the pair, who originally met in October in Nashville, were reportedly dating right up until Wyatt traveled to Los Angeles to begin filming for The Bachelorette. "We spent the night together the night before he headed to L.A.," she told the publication, "He told me [the show] was just an obstacle and we'd be stronger on the other side because of it."

Stevens went on to claim that Wyatt was upfront with her about going on The Bachelorette and that he told her that he was doing so in order to help further his career (on the June 3 episode of show, he did also tell Brown during a one-on-one date that he originally went on the show to advance his music career). She said,

"He told me [early on] that he had applied. He said, 'It's probably not going to happen, but it's a huge opportunity. I'm only doing this for my music.' He only did it for his career."

She continued to claim that he went on the show for all of the wrong reasons,

"He wanted a platform. He kept telling me, 'I don't want my dad to have to help me pay rent anymore.' He said he only wanted to be top five … to be a major player so that it would be beneficial."

Stevens also said that the couple had supposedly exchanged 'I love you's' during a trip to the Bahamas, and that Wyatt continued to express his love for her when he touched down in Los Angeles to film the ABC series. "He was always so reassuring," she said, "He told me, it's not real. It's acting."

If these accusations are true, there's no telling how Bachelor Nation is going to react to the contestant now (although, it's safe to say that they wouldn't be too happy about this supposed messiness, at all). As of right now, Wyatt, who is still in the running for Brown's final rose as of the June 17 episode, has yet to acknowledge Stevens' claims.