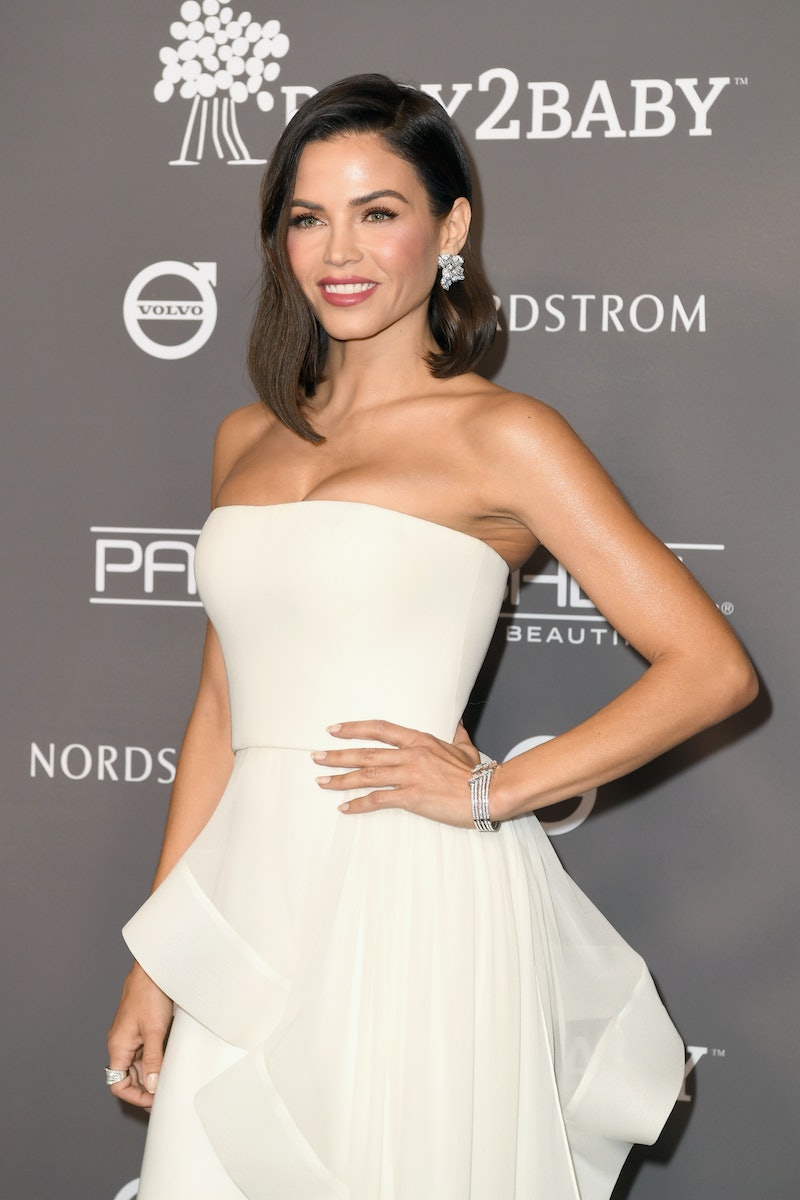 It's been more than eight months since Channing Tatum and Jenna Dewan announced that they'd be splitting up after almost 10 years of marriage, but it seems like they've both been moving on. In a new interview with Cosmopolitan, Dewan addressed her divorce from Tatum, as well as her thoughts on true love after going through such a difficult experience, and her outlook is focused on the importance of loving yourself first.

When Dewan and Tatum first confirmed their split in April, they said that "nothing has changed about how much we love one another," and now, she's talking about how she handled her grief while coping with the end of that chapter of her life.

"People are like, 'How do you get through this?' I didn't run away from my feelings," Dewan told the magazine. "I let myself cry. I let myself grieve. This is one of those situations where I will see the light. The dawn is coming."

And when it comes to the idea of real love? It sounds like she still wholeheartedly believes it exists — at the right time and with the right person. She said:

"I do believe in love still, but I also believe it begins with really digging deep and learning how to love yourself. And then I think you sort of transmute that out to attract the right partner. I think that people who are meant to be sort of find each other."

Dewan is right; while the idea of what "true love" means definitely varies from person to person, being able to love yourself is important, too — and so is being able to feel your feelings when you're going through something tough. It's good to hear that Dewan really let herself grieve, too. Anyone who's been through a breakup knows how hard it can be, but it's hard to imagine what it's like going through that while living in the spotlight.

And where the spotlight is concerned? Dewan opened up about that as well, and about how people know her because of her relationship with Tatum. She said:

"I'm obviously super aware that people know me, they know Channing, they know us together. We'd been a beloved couple for a long time. I was in Berlin and people were like, 'We love your Lip Sync Battle!' I was like, oh my god. You mean the time when I humped my husband-at-the-time’s face? I'm so glad that's my calling card."

But obviously, Dewan is so much more than that — outside of their relationship, she's also a talented professional dancer, actor, and model, with a lot of exciting projects in the pipeline. She has a lot to be proud of that has absolutely nothing to do with her marriage to Tatum.

2018 might have been a difficult year for Dewan, but it sounds like 2019 will be much better for her. It's a bummer when a beloved celebrity couple goes their separate ways, but for Dewan and Tatum, it seems to have been the right choice.