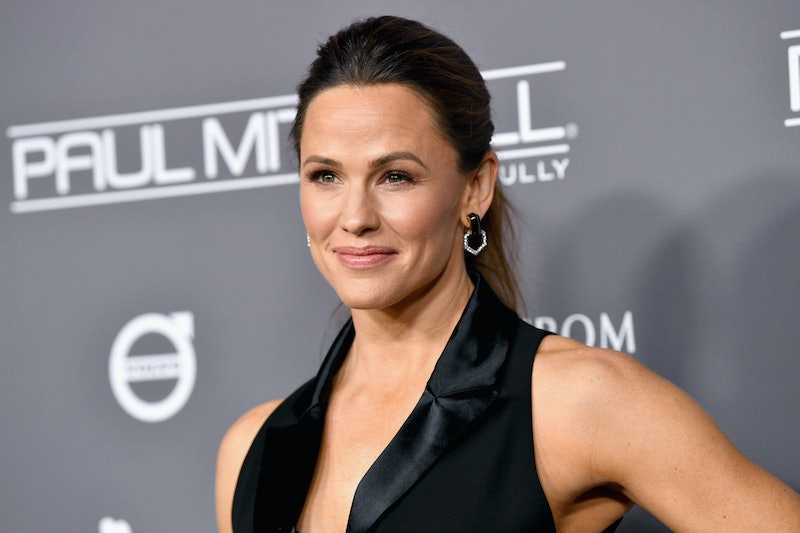 Every year, People selects inspiring people to feature on the cover and inside the pages of the magazine for their Beautiful Issue, and this year, it's another actor's time to shine. It's official: Jennifer Garner is People's 2019 Beautiful Issue cover star, and after a career like the one she's had — and the ways she's given back to the world — it seems like she's more than deserving of the honor. There's no question that Garner is beautiful inside and out, but if you ask her kids, she looks her best when she's being their mom, and it seems like she agrees.

In fact, Garner told People that after she comes home all glammed up from a photoshoot, her kids just want her to take off her makeup and look like the mom they know and love. She said:

“I’ll feel like the best possible version of myself. They’ll look at me and say, ‘Can you wash your face? Can you put your hair in a ponytail and put your glasses and sweats on?' And I see the compliment in that. They just want me to look like Mom.”

It makes sense that Garner's children — who include 13-year-old Violet, 10-year-old Seraphina, and 7-year-old Samuel — would feel that way. Garner in mom mode is what they're used to. But her People cover is pretty awesome, too.

And according to Garner, even though she's realized that being a mom the way she is now doesn't last forever, that doesn't mean she isn't enjoying it for what it is right now. “I’m starting to get to the point where I realize this job is not going to be forever,” she said. “Not in the all-encompassing every meal, every moment, every day way that I have loved for the last thirteen years. It’s going to shift. But there’s beauty in how it works in episodes.”

She also admitted that when she was growing up herself, the idea of outer beauty wasn't something she'd given much thought to. “I was so not one of the pretty girls that I just bypassed insecurity and didn’t see myself as attractive at all," she said. "It was not part of my life.”

On Wednesday's episode of The Ellen DeGeneres Show, Garner showed off her People cover for the first time, and she was a little shy about the big reveal. She joked that she thought the audience might boo when they found out that she was the cover star, and said that at that point, she hadn't told anyone that People had chosen her for the issue, including her family.

“I’ve never been more nervous than I am today," Garner said on the show. “I guess I thought you guys would boo. You know what I mean? Like you guys are expecting Kaia Gerber and it’s me. I feel like bolting.”

Garner's People cover has been a long time coming, and it's well deserved. It's probably safe to assume that her kids are very proud of their mom — and their mom should be very proud of herself.