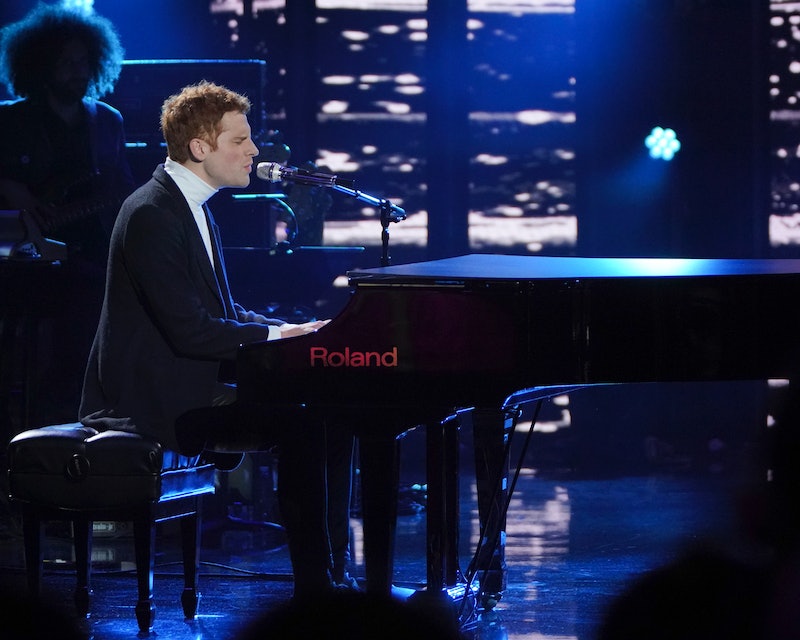 Aside from the opportunity to sing on a large platform, American Idol contestants also get to share their stories with the world on national television. Often, that includes some heartbreaking tales of adversity, which is the case for Top 20 contestant Jeremiah Lloyd Harmon. However, according to some sleuthing, things may be looking up for him.

During the March 31 episode, Harmon and the other contestants performed before a live audience in Hawaii. Harmon sang Fleetwood Mac's "Landslide" and was overcome with emotion after stepping offstage. "I was gonna dedicate that song to my mom and dad. They were really on my mind when I sang that. I just want them to know that I love them, and I tried to communicate that," Harmon said. "I just got to keep telling myself that I can do this. I’m doing this for me, I'm doing this for everyone who has been outcast by their loved ones. I know this isn't just my experience. If I can be open about it and vulnerable, then maybe that can bring hope to somebody else."

Harmon's parents weren't in attendance because, as Harmon explained, they haven't been able to accept him after he came out as gay. So, he stopped working as a janitor at the church where his dad serves as the pastor, moved out of his parents' house, and auditioned for Idol, which has brought both ups and downs. "I felt like it was the healthiest thing for me to do," he said on Idol. "Being a part of this show has been good for me in one way, but it has also been a big challenge for me. I'm just being very public about my story and it's causing a lot of change in my life right now."

For Harmon to make such a jump without his family's support and with a willingness to be so open and vulnerable with the world is admirable, and it really speaks to the authenticity of his voice and original music. (He auditioned with an original song called "Almost Heaven" that spurred an overwhelmingly positive response.) Katy Perry, who is also a pastor's kid, sat down with him after his performance and thanked him for his strength.

"You're a pastor's kid. I'm a pastor's kid," she told him. "We have a lot in common." She went on to talk about how difficult it was for her family to be supportive of her first hit single, "I Kissed A Girl." "It was difficult for me because I felt very alone," she continued. "Because in what was supposed to be a really exciting time in my life — it's taken some time but we've all come around to agree to disagree. I just want to say from one pastor's kid to another that I see you, and I love you, and I accept you."

Harmon has also received a tremendous amount of support from Towson University, where he is a vocal performance major, according to the school's website. He put his spring semester on hold in order to compete on Idol. "I am thrilled to see one of our own music majors competing in such a high-profile and life-changing arena," Phillip Collister, the school's department of music chair, told the university. “I am excited for every opportunity Jeremiah will receive as a result. I am cheering him on with every note he sings and every new avenue of expression he opens as a result of this amazing experience."

And it also seems like he's starting to make amends with his family. He posted a recent Instagram photo of a visit with his sister and her husband, as well as another with his dad. "I'm here for you and you for me NO MATTER WHAT @JerryRHarmon," he wrote. "Love you Dad."

Hopefully, Harmon's time on Idol will be a positive one — both for his singing career, and for his relationship with his family.