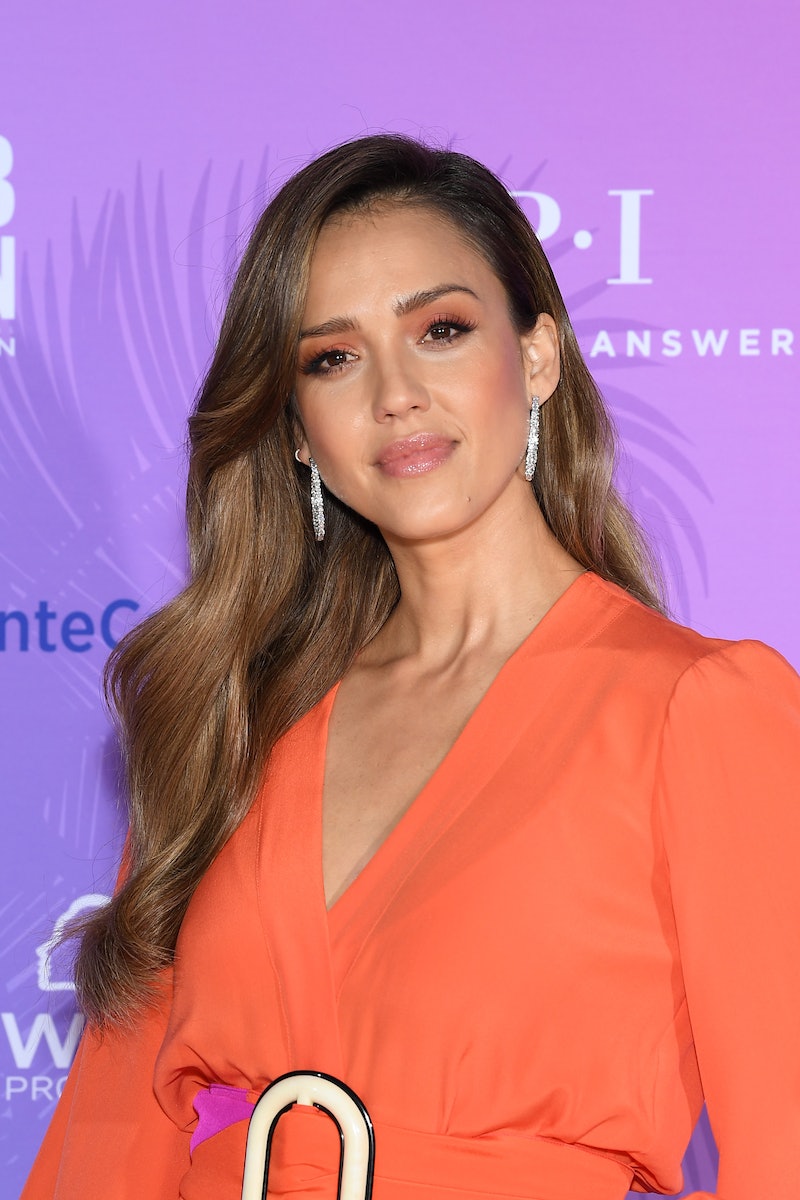 Getting a tattoo always sounds great during the rush of the moment, but sometimes those designs don't translate well 10 to 20 years later down the line. Case in point: Jessica Alba has lower back and neck tattoos, but she wishes she didn't.

"I do have a few tattoos, and I regret one of them... maybe two," Alba shared in a recent interview with Refinery29. One of the tattoos is what Alba calls "kind of a tramp stamp," and is a bow in the middle of her lower back. Alba already mentioned her distaste for the back tattoo back in 2016, when she was interviewed for the cover of Allure.

The actress first revealed that she had the lower back tattoo when she appeared on The Late Late Show with James Corden in 2015. Ben Schwartz was on stage with her when Alba brought up the topic of her ink. Schwartz asked, "Did you ask for it? Did you go in and was like 'I would like a tramp stamp?'" To which Alba explained, "I was going through a breakup."

The second tattoo that Alba regrets getting is a flower tattoo on the back of her neck. According to the DailyMail, Alba got the tattoo in 2007 as part of a "bonding experience" with her aunt and mother. That one she disliked so much that Alba tried to have it removed.

While the actress might have some buyer's remorse over a few of her tattoos, that does not mean that Alba is averse to ink altogether. In fact, she went back into the tattoo parlor just this year to add to her collection.

In March 2019, Alba booked an appointment with celebrity tattoo artist Dr. Woo. The L.A.-based artist has an appointment book filled with A-list names like Miley Cyrus, Emilia Clarke, Drake and Zoë Kravitz, just to name a few. Alba went in to get three zodiac tattoos to honor her three kids.

"I really wanted to think about what would be meaningful over time, because when you get something when you’re 17 and now you’re 38, you’re like, 'Hmm, don’t know if that’s too meaningful'," Alba told Refinery29. "But for that one, the kids are forever."

So the next time you're thinking of getting a neck tattoo, stop and remember Alba's words. And then maybe proceed with caution.