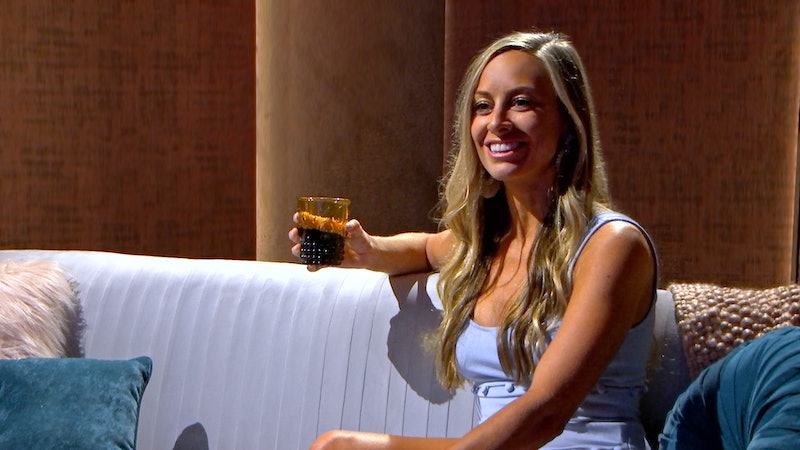 This article contains spoilers for Love Is Blind Season 1. In the days following the finale of Love is Blind, fans have criticized Jessica for not breaking up with fiancé Mark until their wedding day, but it turns out that she didn't intend to lead him on for quite so long. In a new interview with Entertainment Weekly, Jessica revealed she tried to leave Love is Blind before the finale, but production ultimately convinced her to stick around and walk down the aisle. The 34-year-old — who appeared to be hung up on one of the other contestants — admitted to the outlet that she didn't actually want to break up with Mark at the altar, in front of their loved ones.

"Yeah, I mean, I had to stay [until the wedding]," Jessica revealed. "I definitely had a conversation about leaving and I wasn’t able to do that." However, it wasn't just cold feet that made her want to opt out of the show. "My dog got sick too, and almost died during the show, I had so much other stuff going on," Jessica continued. In an Instagram post from Feb. 20, Jessica wrote that her dog, Payton, had "ingested a very small piece of a stick" which required life-threatening surgery to remove; as a result, Jessica spent all of her free time during filming in the ICU with her dog, which made it even harder to connect with Mark.

While Jessica felt that she couldn't walk away from Love is Blind, the show's creator Chris Coelen told Entertainment Weekly that the couples always had the option to leave whenever they wanted. "Well, they obviously could back out of it or not go through with it if they wanted to because there was one couple that didn’t go through with [the wedding]," he said, referencing Carlton and Diamond, who had an explosive breakup shortly after leaving the pods. "So nobody was forced to do anything."

Jessica and Mark may not have been "forced" to stay on the show, but there was an intense pressure for the pair to see their relationship through to the end — even though, as she revealed, neither one of them were ready to tie the knot that soon. "I knew I didn’t want to marry him, we weren’t ready for that, and we actually had multiple conversations and we were both on the same page about that," Jessica revealed, adding that it was "psychological warfare" for them to plan a wedding neither one wanted.

"We weren’t ready to marry each other in that allotted amount of time that we had. We were very much on the same page about that," she explained. The pair's conversation about not being ready to get married wasn't aired on Love is Blind; and, as Jessica revealed, there was a lot about her relationship with Mark that didn't make the final cut. "We had some off-the-record conversations on multiple occasions that we weren’t ready to get married, so that wedding day was a big surprise to me."

Jessica and Mark's breakup on Love is Blind was incredibly hard to watch — and based on her comments about being blindsided at the altar, it was apparently even more difficult for Jessica, and probably Mark, to film.

More like this
Love Is Blind’s Natalie Claims Shayne Signed Up For 'Perfect Match' While They Were “Still Together”
By Brad Witter
Brittany Snow Files For Divorce From Tyler Stanaland After 'Selling The OC' Drama
By Grace Wehniainen and Radhika Menon
'Bling Empire: New York’ Star Tina Leung Has A Superhero Alter-Ego
By Alyssa Lapid
Who Is Dorothy Wang Dating After The 'Bling Empire: New York'?
By Karen Fratti
Get Even More From Bustle — Sign Up For The Newsletter
From hair trends to relationship advice, our daily newsletter has everything you need to sound like a person who’s on TikTok, even if you aren’t.