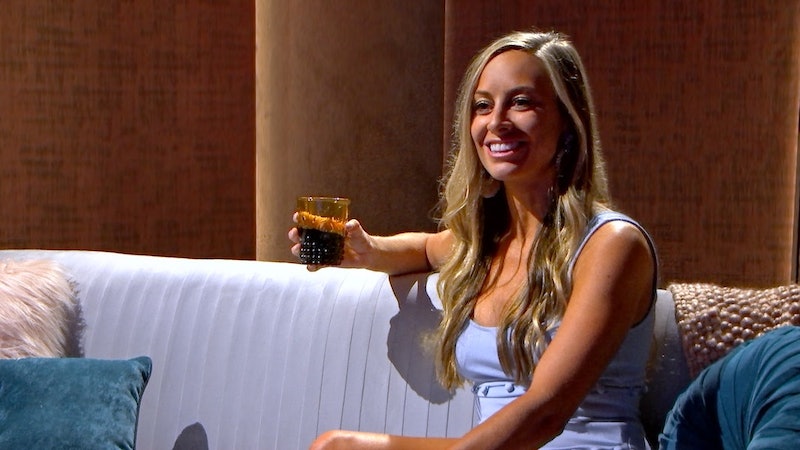 Netflix’s latest dating reality TV series Love is Blind has yielded 10 episodes filled with pure chaos and heartbreak, but one particular moment is doomed to play on a perpetual loop in viewers’ heads: Love is Blind’s Jessica giving her dog wine. In the series, Jessica, 34, forms an emotional connection with Mark, 24, and gets engaged to him; however, their age difference continues to be a source of conflict for Jessica when the two inevitably meet face-to-face. In a tense scene where the two discuss their future and age discrepancy, a viral moment was born: Jessica letting her golden retriever drink wine from her glass and whispering, “She loves wine.”

In an interview with Entertainment Weekly on Wednesday prior to the Thursday finale, Jessica set the record straight on the viral moment. “I definitely have never done that before. I won’t do that again,” she said. “I love my dog more than anything and that was not something I would ever recommend anyone to do. I think I was just really uncomfortable. I don’t even remember doing it. I don’t know why I did that but it was definitely unnecessary for sure.”

Hosted by Nick and Vanessa Lachey, Love is Blind follows a group of single men and women who undergo an unconventional dating experiment: the contestants must forge an emotional connection by going on dates without actually seeing each other face-to-face (à la separate pods) and then decide on whether or not they want to marry. The contestants only meet face-to-face once a proposal has been initiated and accepted. From there, their journey to the altar begins as they battle external factors (friends, family, appearance, etc.) to test whether or not love truly is blind.

Jessica’s viral moment has since become a talking point among the show’s contestants, too. In an interview with the Los Angeles Times on Thursday, fan-favorite couple Lauren and Cameron touched on watching the other participants’ experiences unfold on the screen. “One of the things that shocked me the most is the one [whose] dog drank that wine,” Lauren said. “I was like, ‘Oh, my God, what the hell?’ I said, ‘Did that dog just drink wine from the glass? And did [Jessica] drink that wine after it?’ Girl!” Cameron added, “I know, c’mon.”

More like this
'Love Is Blind: After The Altar' Season 3 Has A Release Date & It's Very Soon
By Grace Wehniainen
You’ve Got 'Love Island’s Farmer Will All Wrong
By Jack Orenstein
Yes, That's Christina From 'The Bachelor' In Taylor Swift's "Fifteen" Music Video
By Brad Witter
All The Clues About Aly & Zach’s Relationship Status After 'The Bachelor'
By Brad Witter
Get Even More From Bustle — Sign Up For The Newsletter
From hair trends to relationship advice, our daily newsletter has everything you need to sound like a person who’s on TikTok, even if you aren’t.