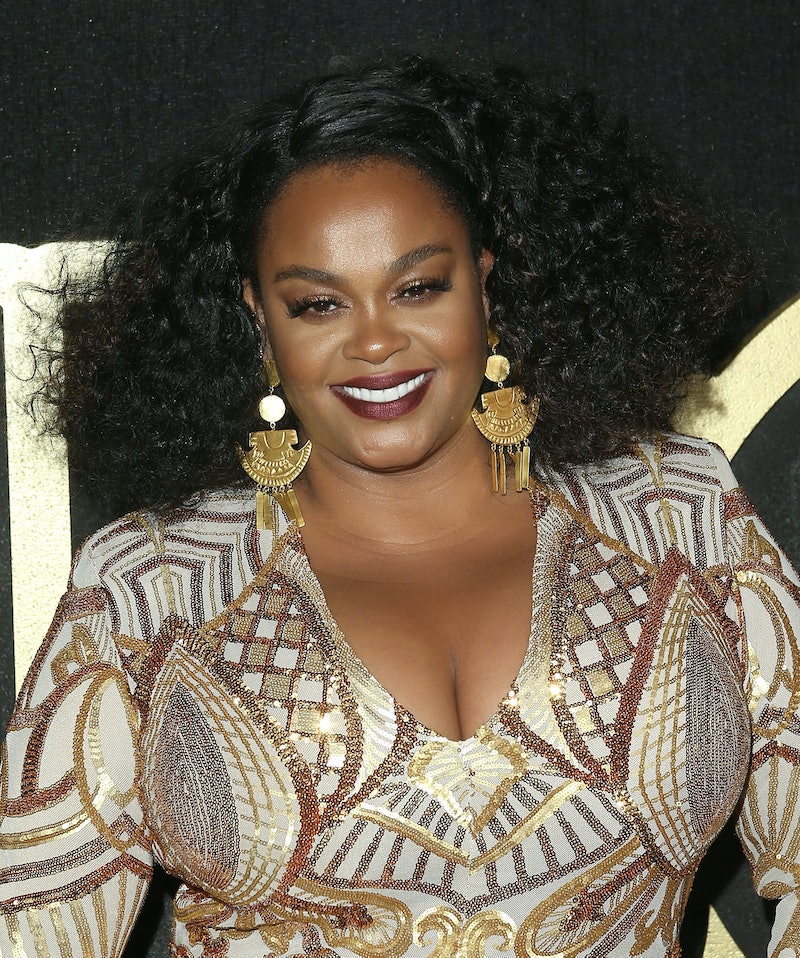 From the way the internet is reacting to a viral video of singer-songwriter Jill Scott caressing a microphone in a sexually explicit fashion, you'd think she invented oral sex — or, at the very least, invented talking about it in public. Headlines called her performance "unforgettable" and "freaky." Folks on social media expressed a level of collective horniness so major, it could probably impact the tides and lunar cycles. Nearly 20 years into her career, Scott was one of the top trending topics on Twitter.

This is all quite understandable; I mean, I'm sure that seeing Scott live is an experience both unforgettable and freaky. But it's also nothing new for her — Scott has made frank talk about her sexuality a cornerstone of her 18-year-plus career; her 2007 song "Crown Royal" opens with the lyrics "I catch that thrust give it right back to you/You're in so deep I'm breathing for you," for god's sake. Scott addressed the shock around her mic moves with humor on Twitter, noting, "After a Jill Scott show, most people get splendidly laid by whoever they came with."

But acting like Scott's performance is something brand-new doesn't just do Scott a disservice. It makes the long history of female pop musicians who have embraced their sexuality invisible — and it paints female sexuality itself as something shocking or "naughty," instead of a regular part of life.

Sex has been part of American pop music from day one, and that goes for female songwriters, too. Female pop musicians have been talking about their own sexuality at least since blues pioneer Bessie Smith sang "Empty Bed Blues" in 1928 ("He's a deep-sea diver, with a stroke that can't go wrong...He's got a new way of loving, almost takes my breath away").

But male musicians are permitted by our culture to speak frankly about their sexuality without it pulling focus. For instance, Travis Scott's recent Astroworld has a lot to say about sex, yet his sexuality barely merits a mention in most reviews of the album. However, when female musicians own their sexuality, it's often treated as the whole story, with many observers acting as if the only reason anyone would mention female sexuality is to shock or provoke a reaction.

Donna Summer's 1975 "Love to Love You Baby" was banned by the BBC due to its sexual moans, despite being a groundbreaking piece of electronic music. Liz Phair's 1993 album Exile in Guyville showed that she might be the greatest rock lyricist of her generation — but a depressing amount of media attention through the years has been focused on a lyric where she refers to herself as a "blowjob queen." It's rare to find an article about Lil' Kim or Cardi B that doesn't focus more on their sexuality than their skills or songs. Jill Scott herself has starred on TV and film, won a Grammy, sold millions of albums, and published a book of poetry. She wrote the hook for the Roots' breakthrough hit, "You Got Me," and has penned lyrics that deal with everything from the exhilarating thrill of living life on your own terms, to the harassment and cruel scrutiny black women are subjected to by white society. While proud and open embrace of sexuality is a part of Scott's legacy, it's far from the totality of it.

The message here seems clear: female sexuality is shocking and rare. Dare to express yours in a song or performance, and you'll be reduced to it. It will become your whole story.

And it's impossible not to notice that the vast majority of these female musicians who have had their expressions of sexuality treated as "shocking" are women of color. From early blues singer Ma Rainey to Nicki Minaj, women of color have been the ones who took the cultural risk to tell the true story of their sexuality in public — and they've been the ones who have been the most severely punished, from being dismissed as sex-obsessed sluts instead of serious artists, to being erased from popular history all together. (If you don't believe me, meditate for a minute on how Janet Jackson has had to spend the past 14 years basically in hiding for the crime of having someone else reveal her nipple at the Super Bowl, while Justin Timberlake not only got to stay famous, but gets to re-brand as a hip dad and star in the family film Trolls).

In pop music, as in society at large, women have had to fight the same battles, over and over again — and when we don't acknowledge the history of female musicians righteously owning their own sexuality, we force every new female performer to start at zero. We don't acknowledge that she's building on a near-century of women breaking with social protocol to tell it like it is; we act like she just invented the wheel (or the vibrator). When we refuse to acknowledge that history — both with individual performers like Scott, and with female musicians at large — we push forward the idea that every woman who publicly expresses her sexuality is some kind of rogue, instead of the newest member of a long historical lineage, telling a story that many women can relate to and know well, a story that comes a little more clearly into focus in every successive era.

So when we discuss Jill Scott's hot microphone moves — and we should! They're cool and sexy and watching them live probably will get you laid, just like she said! — we should discuss them as part of a history of female performers who have embraced their sexuality in live performances, whether it's Cher in a see-through body suit, Madonna nearly getting arrested in Toronto in 1991 for pretending to masturbate on stage, or Janet Jackson's live performances of the song "Rope Burn" on her 1997 Velvet Rope tour, where she would select a male audience member from the audience, tie him to a chair, and dance very close to him. Let's celebrate Scott as part of a history of bold, fearless female performers who wanted to be real about their sexuality, no matter what it cost them. And then let's remember — there's a lot more to Jill Scott than just this.