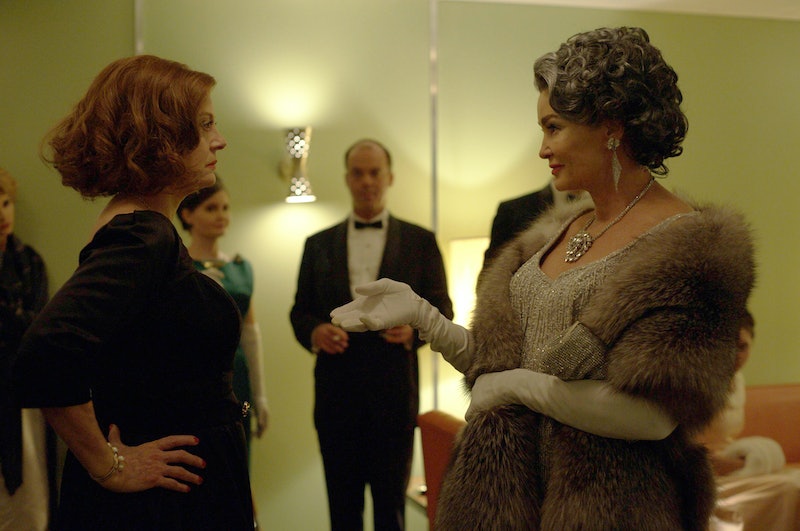 It's hard to imagine a genuine, out-in-the-open, unfriendly rivalry happening in the world of Hollywood actors today. In 2017, public feuds are primarily reserved primarily reality television stars with Hollywood trying to keep the drama onscreen. The great Hollywood feud depicted in FX's Feud: Bette and Joan likely wouldn't be possible today, simply because Joan Crawford and Bette Davis' relationship before Whatever Happened To Baby Jane was absolutely brutal.

Crawford and Davis would famously drag each other in the news, but had rarely interacted in public. The two were able to stay separate and trade barbs from afar because Hollywood worked differently in the early years than it does today. Back in Crawford and Davis' time, actors had exclusive contracts with certain studios; Crawford made films exclusively for MGM, while Davis made films exclusively for Warner Brothers. So for years, their professional paths never crossed.

But that didn't stop their feud from blowing up publicly. They used the media as their Twitter, disparaging each other in interviews. The feud between Crawford and Davis is arguably the greatest Hollywood feud of all time, and the media's love of their distaste for each other set the precedent for celebrity feuds today. Here's a look at some of the biggest moments that precede What Ever Happened To Baby Jane.

The feud between Crawford and Davis grew and grew over time, but one of the earliest points of contention between them was actor Franchot Tone. According to Harper's Bazaar, Davis had a great deal of affection for Tone, her Dangerous co-star, but he started seeing Crawford during filming and the two eventually married. The magazine quotes a 1987 interview between journalist Michael Thornton and Davis in which she said, in 1987. "[Crawford] took him from me, she did it coldly, deliberately and with complete ruthlessness. I have never forgiven her for that and never will." Davis said this over 50 years after the issue with Tone actually happened, so clearly, it stuck with her.

While the stars were able to avoid working together for years, they traded insults in the media. Davis attempted to deride Crawford by saying she had "slept with every male star at MGM except Lassie," while Crawford told the press "Bette will play anything, so long as she thinks someone is watching. I’m a little more selective than that."

However, things changed in a major way once they started working for the same company. After Crawford left MGM in 1942, she was picked up by Warner Brothers — Davis' company — meaning that the two were now in direct competition for roles. This only served to add even more wood to the fire of their feud, eventually blowing up during What Ever Happened To Baby Jane?

And The Oscar Goes To...

All of these factors and many others swirled together to create the iconic feud between Bette Davis and Joan Crawford. However, they were nothing compared to what would come once the two starred together in What Ever Happened To Baby Jane?, which will be chronicled in all of its drama on Feud.