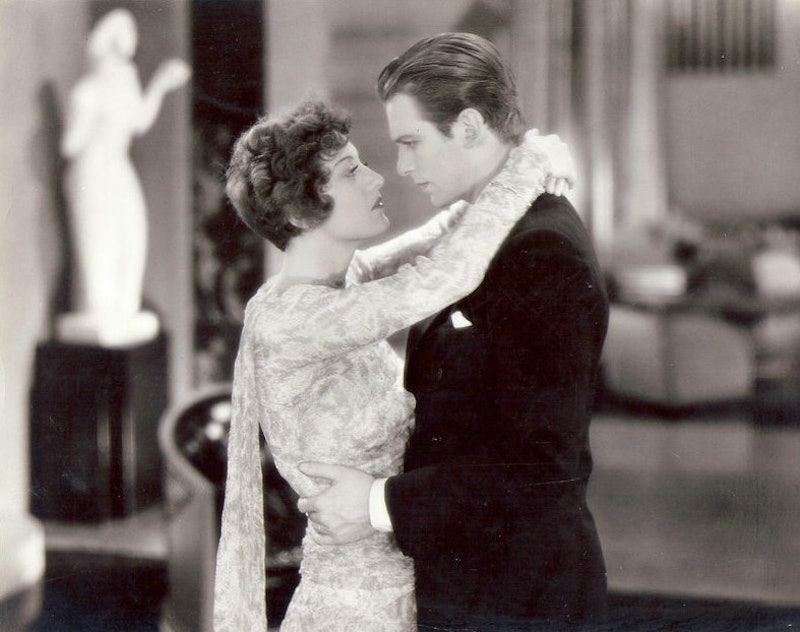 Anthology king Ryan Murphy is introducing a new generation to scandalous old Hollywood drama through his deliciously outrageous show, Feud: Bette & Joan. Reality stars and pop artists didn't invent gossip-worthy behavior. The lives of Bette Davis and Joan Crawford — both when they crossed paths and when they were going it alone — are as compelling as that of any modern superstar. That includes their love lives. By the time Feud picks up the thread, Crawford (Jessica Lange) is a widow, sharing her rambling mansion with her loyal housekeeper, Mamasita (Jackie Hoffman). But the actor was a wife four times over. (Maybe five, depending on which biography you're reading.) Who were Joan Crawford's husbands? She often found her partners in the business.

I'm sticking with Crawford's husbands (or alleged husbands) for the purpose of this article, though some sources, including the biography Joan Crawford: Hollywood Martyr, will tell you that she also had an alleged illicit love affair with frequent co-star Clark Gable. The two stars are rumored to have been the loves of each other's lives, though both of them were married to other people during periods of their association. Crawford did say many flattering things about her co-star throughout her career, frequently crediting their on-screen chemistry with real-life feelings.

Learn more about one of Murphy's muses by getting the scoop on the many husbands of Joan Crawford.

It's possible that Joan Crawford may have been married five times, rather than four. According to Bette & Joan: The Divine Feud by Shaun Considine, Crawford married saxophone player James Welton in 1925. (She was probably 21, but the year of her birth has never been solidly confirmed.) The two had met when she was still treading the boards in New York. He played in the orchestra and she danced in a Broadway show called Innocent Eyes. If it happened, the marriage was brief. Crawford never spoke about it publicly, so it's still a mystery.

If Access Hollywood or US Weekly had existed at the time, they would have been covering this couple non-stop. That's how high-profile the marriage of Hollywood royalty Douglas Fairbanks, Jr. (son of Douglas Fairbanks and stepson of Mary Pickford) and Crawford the rising ingenue was. A Los Angeles Times report of the the 1929 nuptials said that the two actors had been an item for two years, though the wedding was something of a surprise to the press. Fairbanks' father and stepmother were not in attendance, supporting the theory that they did not approve of the match. According to Joan Crawford: The Essential Biography, Crawford and the younger Fairbanks were not invited to any of his parents' famous parties at their mansion Pickfair for months after the wedding. Though Crawford and Fairbanks divorced in 1934, he told The New York Times late in his life that she wasn't as difficult to life with as a certain unflattering biopic asserted. ''The Joan Crawford that I've heard about in Mommie Dearest is not the Joan Crawford I knew back when," said Fairbanks.

Crawford's next husband was Franchot Tone, an actor with whom she shared the screen several times. This relationship may have fanned some of the flames of her famous feud with Bette Davis, who he'd also worked with. (That's them in the gif above.) Lawrence J. Quirk wrote in Joan Crawford: The Essential Biography that both women had a sexual relationship with Tone, which may have pushed Crawford to make it official. They married in 1935 and, according to The New Yorker, tried many times to have a child, all attempts ending in miscarriage. Tone and Crawford divorced in 1939.

In his book Joan Crawford: Hollywood Martyr, David Bret alleged that Crawford was introduced to her next husband by a Hollywood matchmaker. Whether that's true or not, she did end up falling for another actor. Phillip Terry was a graduate of London's Royal Academy of Dramatic Art and apparently an attractive prospect for Crawford because his poor sight made him very unlikely to be drafted into service for World War II. He appeared in Billy Wilder's The Lost Weekend and in To Each His Own with Crawford's friend Olivia de Havilland, among dozens of other films. According to Biography.com, Crawford had adopted a daughter on the "black market" by this time and named her Christina. It wasn't legal for single parents to adopt in California. (Christina Crawford, of course, would go on to write Mommie Dearest about her childhood.) She and Terry adopted a son together, but Crawford would change his name from Phillip Terry, Jr. to Christopher Crawford after they split up in 1946. She returned to the "black market" to adopt a twin boy and girl after the marriage ended.

Joan Crawford stayed legally single until 1955, when she married Pepsi-Cola CEO Alfred Steele. According to her New York Times obituary, Crawford was a tireless representative for her husband's company and proudly claimed to have traveled over 100,000 miles annually to make promotional Pepsi appearances. In an excerpt from the Christina Crawford biography Daughter Dearest that ran in Vanity Fair, Crawford's daughter remembered a soft-drink-based courtship between her mother and the executive:

"After we were seated, the maître d’ brought over a bottle of Coca-Cola and put it at Mommie’s place. We didn’t understand. Mommie waved at a man across the room, and he waved back, acknowledging the bottle of Pepsi-Cola she had sent to his table. Mommie explained to us that he was the president of Coca-Cola, and whenever they were at the same restaurant at the same time, they exchanged colas."

Steele passed away from a heart attack in 1959, per The New York Times. In his absence, Crawford was elected the first female chairperson of the Pepsi-Cola board.

Joan Crawford died in 1977 and was put to rest near her last husband, Alfred Steele.