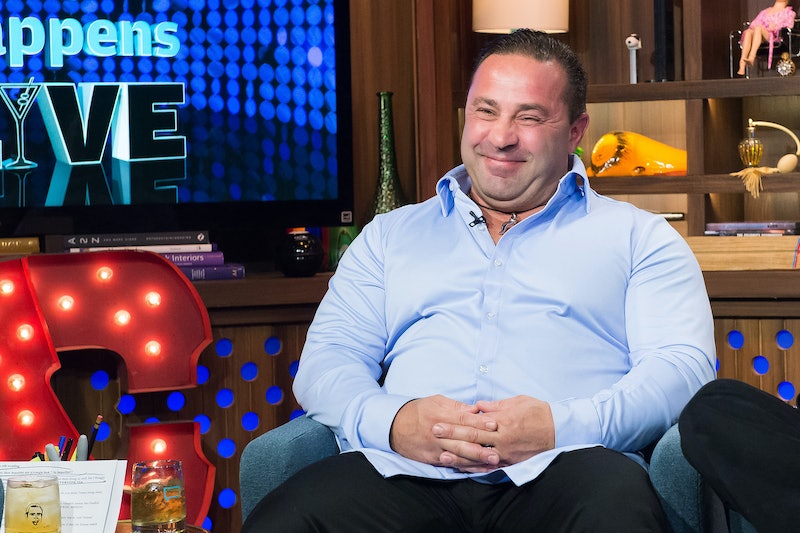 For months, Real Housewives of New Jersey cast member Joe Giudice has been fighting to appeal his deportation to Italy. After many setbacks, Giudice's deportation appeal now includes a request to return to Italy temporarily while he waits for a decision to be made. On Sept. 24, People reported that the reality star's lawyers have filed a petition requesting a relocation to Italy.

According to People, the request reads, “Giving the hardship to Mr. Giudice and his family from his continued detention, the balance of irreparable harm has shift and [Joe] has asked that the stay be lifted so that he could be released from USICE custody and returned to Italy during the pendency of this case."

To be clear, Joe doesn't want to stay in Italy forever. People's report indicates that he and his legal team still hope to get that appeal so he can stay in the United States with his family. However, he just wanted to get released from the ICE detention center for an interim period.

On Sept. 20, a judge denied Joe's request for a bond, per TMZ. This meant that Joe could not return to the New Jersey home that he shares with his wife Teresa Giudice and their four kids.

The family lawyer James J. Leonard told People, "Joe is extremely disappointed. He spent the last six months in a cage not able to hug or kiss his wife or daughters when they came to visit him. We treat animals in shelters better than we treat human beings in these ICE facilities." Teresa and Joe have four daughters together, Gia, 18, Gabriella, 15, Milania, 14, and Audriana, 10.

It's been a long journey for the Giudice family. In October 2018, a judge ruled that Joe will be deported to Italy, after completing his 41-month prison sentence for wire, mail, and bankruptcy fraud. This is because Joe never actually obtained his American citizenship, even though he has lived in the United States since he was a baby. He finished his prison stint in March. Ever since, he has been in ICE custody, waiting for the judge's ruling.

On Sept. 22, Teresa discussed Joe's deportation woes during an appearance at a fan event in Atlantic City. Us Weekly reported that she told the crowd, "It’s a sad time with my husband and everything so we’re going to try and work it out as best we can. The most important thing is our four daughters, so I’m hoping Joe is able to stay in the United States."

During that same appearance, the Real Houswives of New Jersey star also said, "If anybody else is going through hard times, don’t worry about it. You will get through it. There is a light at the end of the tunnel. I do believe that. You’ve got to be positive!"

And now the wait is on, both to find out about Joe's long term future with the deportation appeal and his current hope to relocate to Italy in the interim until the judge makes a decision.