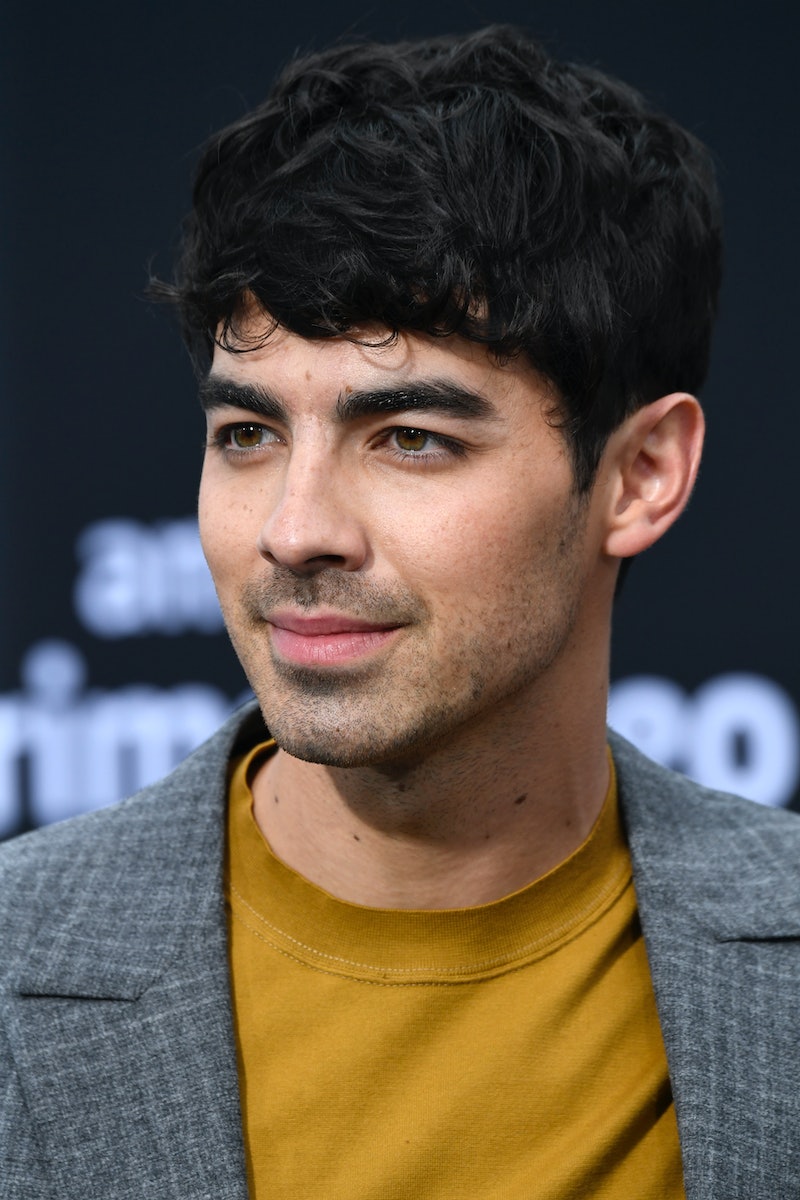 Years after their public breakup drama, it appears as though Joe Jonas and Taylor Swift have definitely buried the hatchet. As E! News noted, Joe Jonas' response to Taylor Swift's apology — which she recently made after sharing some majorly awkward details about their split back in 2008 — proves that the two singers are actually on good terms.

In case you missed it, Swift admitted on The Ellen DeGeneres Show's May 15 episode that one of her most rebellious acts was putting her ex "on blast" back in 2008 for breaking up with her over the phone. Well, during his own appearance alongside his brothers on ITV's Lorraine show on June 5, Jonas revealed that his ex's acknowledgement of the moment "did feel nice." He continued to say that the whole matter is water under the bridge, especially since they've both since moved on,

"It's something that I was probably feeling pretty bad about when I was younger. At the end of the day, I've moved on. I'm sure Taylor's moved on. It feels nice. We're all friends. It's all good. We were so young."

Considering that all of this drama occurred more than ten years ago, it's nice to see that Jonas and Swift can put the situation behind them and can actually have a friendly relationship now.

As previously mentioned, Swift recently let it slip that her public comments about her ex (which she made on The Ellen DeGeneres Show more than a decade ago) marked a very outspoken moment for her. She told the host on the May 15, 2019 episode that her most rebellious act was "probably when I, like, put Joe Jonas on blast on your show. That was too much. I was 18. We laugh about it now but that was mouthy."

Long before they would move on with their current partners (Swift has been in a relationship with Joe Alwyn for almost three years and Jonas recently wed Sophie Turner in May), the two singers had a brief courtship. The pair started dating in July 2008 but would go on to split three months later, according to Billboard.

The "Blank Space" singer confirmed she split from the boy bander during her November 2008 appearance on The Ellen DeGeneres Show, which is when she revealed a particularly major detail about their split. "Someday, I'm going to find someone really, really great who's right for me," she told the host, and continued to reference Jonas by saying, "When I look at the person, I'm not even going to be able to remember the boy who broke up with me over the phone in 25 seconds when I was 18." Talk about a big (and pretty awkward) reveal.

Like they've both said recently, Swift and Jonas have more than moved on and have subsequently put any breakup drama behind them. In fact, the two singers have even managed to patch up their friendship, as they've been on good terms for years now. Back in 2015, the former DNCE frontman even stated directly that the two were "cool," per Access Hollywood (as obtained via People). So, it just goes to show you, once and for all, that there is absolutely no bad blood between Swift and Jonas.