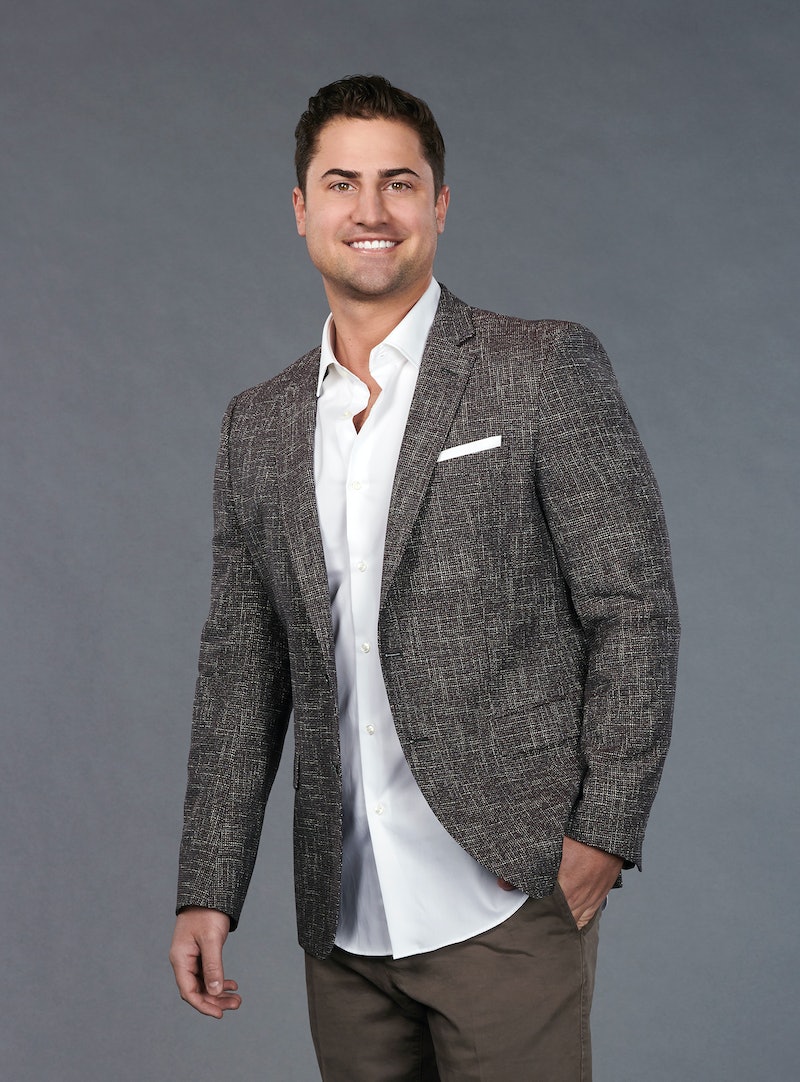 On the last season of The Bachelorette, Grocery Store Joe stole Twitter's heart with his handsome face and sweet personality, but sadly, he went home on night one. And when Hannah Brown's season premiered on Monday night, it was almost as if history was repeating itself. Joe The Box King from The Bachelorette may just be the new Grocery Store Joe — they have so much in common, and fans are falling in love with him already.

Just like Grocery Store Joe, Joe The Box King immediately came off as super endearing; in his intro, it was clear that he came from a huge family who he cared a lot about and who cared a lot about him. Even more than that, he seemed genuinely pumped to be in the box business. Fans don't always fall in love that quickly, but it happened with Grocery Store Joe, and it could be happening again with Joe 2.0.

Think about it: They're both from Chicago and they're both local business owners. And so far, it seems pretty safe to say that they've both made a major impression on fans, who have already been tweeting about the newest Joe and making comparisons to our fave grocer.

All it took was just Joe's intro before fans were calling it: He's the next Grocery Joe.

Others were less impressed with the Box King, chiming in with tweets that made it clear that he was not stacking up to last season's Joe. It's true — Grocery Store Joe cannot be replaced, but can't we have enough room in this franchise for as many kind hearted small business owners from the midwest as Chris Harrison will give us?

Other fans were simply happy to celebrate the gift that has been given to Bachelor Nation by way of a man who genuinely seems jolly and content with a life about creating boxes.

And of course, there were people making their predictions that the Box King is already headed for Bachelor in Paradise, thanks to the fact that he was given the same intro treatment as Grocery Store Joe was on night one. Hey, it could end up being an indicator, but it's too soon to find out for sure.

It's hard to say whether Joe The Box King's fate will be similar to Grocery Store Joe's — things did work out pretty well for him, though. He may have been sent home on night one of Becca's Bachelorette season, but he ended up being sent to Bachelor in Paradise, where he met Kendall, and they're still living happily ever after to this day. And even now, a year later, he's still unequivocally loved by Bachelor fans, which is a hard task to accomplish.

Whether the Box King goes home on night one, lasts all season long, or ends up headed to Paradise for another round this season, it seems like he's already scored himself more than a few fans. And for just a few minutes of air time, that's pretty impressive.