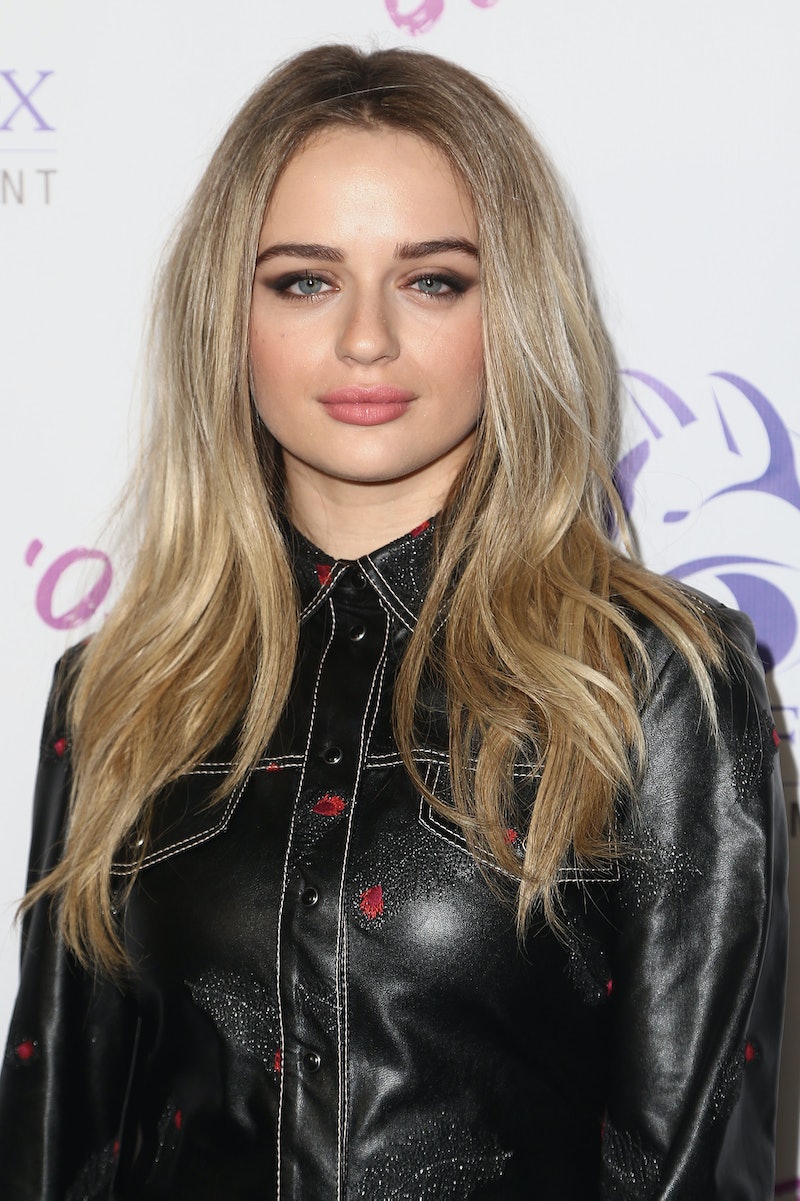 Audiences may have fallen in love with Joey King's quirky charms when she starred in the Netflix movie The Kissing Booth, but nowadays the 19-year-old star is gearing up for what could become her most iconic role to date. In a recently posted Instagram video, Joey King revealed she's starring in Hulu's series The Act, which is an anthology series that's first installment is inspired by the widely popular (and highly disturbing) HBO documentary Mommy Dead & Dearest. King will play the role of real-life Gypsy Rose Blanchard, who at the age of 24 was convicted of killing her mother, Clauddine "Dee Dee" Blanchard. (Back in September, it was announced by Deadline that the role of Dee Dee would be portrayed by Patricia Arquette.)

But before you begin painting King's character as a murderous villain, it's important to know that this proved to be quite the complicated case for all parties involved. For starters, Gypsy defended her actions by claiming that her mother had allegedly held her captive for her entire life and made her a victim of Munchausen syndrome by proxy. (For those unfamiliar with the term, it means when a caregiver invents illnesses for the person they're supposed to be looking after. Usually this is in order to gain sympathy from others or gain some type of financial support.)

An example of this alleged mistreatment included when Dee Dee shaved Gypsy's head under the guise that she had leukemia or made her use a wheelchair, making Gypsy think she couldn't walk. So as a way to help prepare for the part, King's Instagram video also included live footage of her entire head being shaved.

The accompanying photo also shows the end product and King absolutely rocking her new buzzed look. The caption for both the video and photo read as follows:

"My name for the next 4 months, is Gypsy Rose Blanchard. This story is very disturbing and I am honored to be able to portray it. What a wild ride this will be on “The Act” @hulu Link in my bio for the exclusive interview I gave with @alluretalking about the decision to shave my head for a 3rd time for a project I’m so ready to take on."

The other two times King references in regards to shaving her head for a role includes when she appeared in The Dark Knight Rises at the age of 11, and then once again when she shaved her hair off herself on camera in Zach Braff's Wish I Was Here when she was 14. So it should come as no surprise that King was ready and willing to chop all of her hair off in order to fully immerse herself into this new character.

During a recent interview with Allure, King revealed that she didn't see losing her hair as a really big deal at all, telling the outlet:

"I've never really had an attachment to my hair. I couldn't care less what happens to it. No part of me was nervous or was second-guessing it. So many people would ask me, 'Are you really scared?' or 'Are you nervous?' or say, 'You're so brave.' And I'd go, 'I'm not brave, I'm just cutting my hair off."

In fact, it's something she believes every woman should do at least once in their lifetime. "It's not like they're going to regret it 10 years down the line when their hair is long again," King explained. "It's something that's very freeing, really fun, and really empowering."

Suffice it to say, King's performance is already gearing up to be just as impressive as the actor herself.