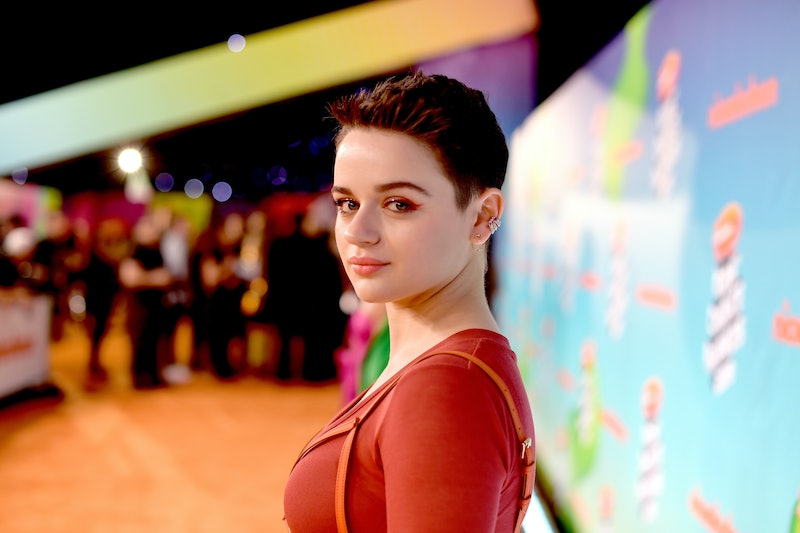 Hulu's latest original series, The Act, came to a close this week with Wednesday's season finale. But for the stars of the true crime series, Gypsy Rose Blanchard's story will stick with them for much longer. Joey King's behind-the-scenes photos from The Act show how much work went into the show's production. And it's clear that she and her costars, as well as the show's crew, were super invested in doing justice to the difficult story.

King shared a carousel of photos, adding a heartfelt caption about how the show "changed my life." She wrote on Instagram on Wednesday,

"Today the final episode of The Act dropped. Here are 10 Pictures from set that are just SOME of my many favorites. This show changed my life. The people I met along this journey have touched my heart in ways I can't explain. I hope our show encourages people to educate themselves about Munchausen by Proxy and how serious of an illness it is. To anyone who's watched, thank you. and to anyone who plans on watching, thank you. I'm forever changed from this project."

The actor went on to praise her costars and to thank The Act's co-creators, Nick Antosca and Michelle Dean.

"I've learned so much about myself as a person and an actor and am unbelievably grateful to Patricia and Calum and all of our cast and fantastic crew and directors who crushed it," King wrote. "And to @nickantosca, @erinmichelledean, @hulu and so many others for believing in me 💙 @theactonhulu."

Dean chimed in in the comments section to praise King's performance in the limited series, too. "First time I saw you looking out that living room window in the camera tests I felt my whole body relax, because though I knew in my head you were going to ace it, my heart knew it too. Love you forever. 🎈," Dean commented on the post.

"I never wanted to make it look like I was making a joke of anything," King told Bustle earlier this year, referring to her portrayal of Blanchard. "It was super important to us to try and make it as real as possible."

King also told E! News that after The Act finished filming, she sat on the set of Dee Dee and Gypsy's house, reflecting on the experience. "I just had 30 minutes where I sat, looked around, and took in all the experiences while filming in that house. It was really emotional for me, I got really sad because that set — everyone on that set became family to me," she said to the outlet.

Gypsy Rose Blanchard's story is complicated and, in many cases, sad. But King brought an incredible amount of humanity to the role, portraying Blanchard's experience with precision and care. With its real-life story, The Act will likely stick with viewers for years to come, too. And it sounds like King will always remember her role as Gypsy, whatever else happens down the line.