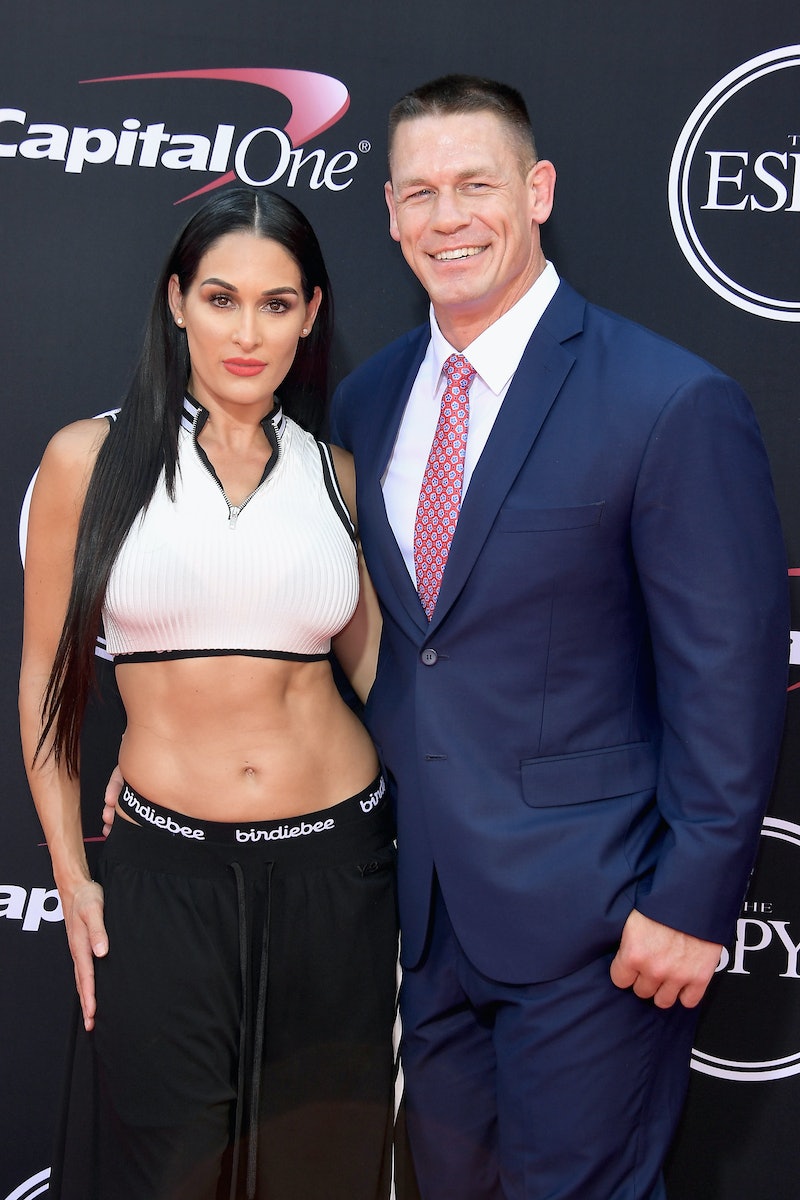 With the news of their shocking split released late Sunday, all eyes have turned to John Cena and Nikki Bella's relationship timeline to try to make sense of this breakup. The Total Divas pair was set to tie the knot at the beginning of next month, but Cena and Bella announced their split on April 15, just weeks before the May 5 ceremony, which according to People had been planned to take place in Mexico.

With such a last-minute cancellation, many are understandably blindsided by the news. After all, it wasn't just the wedding that was called off, but the WWE couple's entire relationship, as Bella revealed in an Instagram photo which appears to be text screenshotted from the iPhone's Notes app. "After much contemplation and 6 years of being together. Nikki Bella and John Cena announced today their decision to separate as a couple," she wrote in the brief post. After that explanatory sentence written in the third-person, she added what seems to be a more direct statement from the pair themselves:

"While this decision was a difficult one, we continue to have a great deal of love and respect for one another. We ask that you respect our privacy during this time in our lives."

It's a jarringly brief way for this couple to end six years together, and the brevity of the statement and abruptness of the announcement has fans reeling, wondering if there were signs they'd missed. Ultimately, no one can know exactly what went wrong, except for Cena and Bella themselves, but their relationship timeline does give a few hints that marriage might be a loaded issue for these two. Take a look.