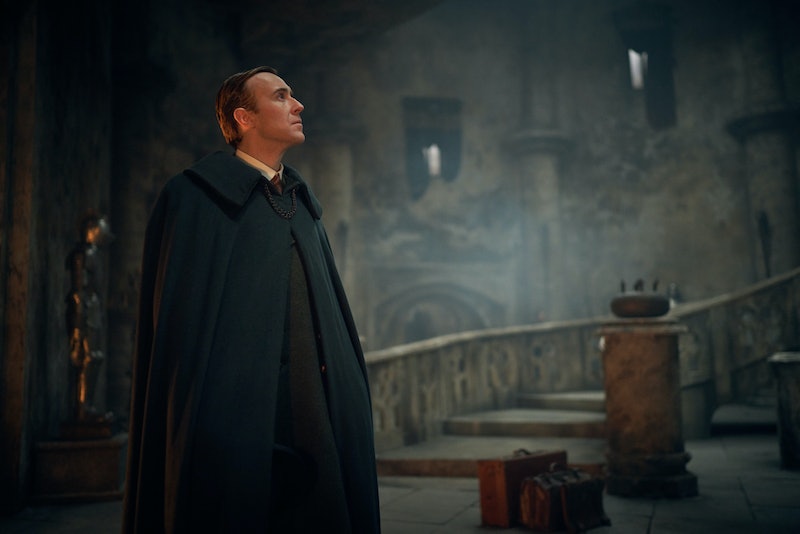 New Year's Day may be usually be a time for setting resolutions for the year to come and questioning why exactly you chose your old school friend to be your midnight kiss, but it’s also a great opportunity to get sucked into a new series. If you’re out of Christmas TV and like being slightly spooked then the BBC and Netflix have you covered. This new years they’re bringing three feature-length episodes of Dracula to the screen. The series features an impressive cast including John Heffernan, who plays Jonathan Harker in Dracula. No stranger to a period adaptation, Heffernan has built up quite a name for himself on UK TV screens over the last decade.

Heffernan started his career at the Webber Douglas Academy of Dramatic Art, saying of the experience in an interview with The Stage: “I needed a year, pretty much, of tutors saying – as they said to everyone in my group, who also had degrees — get out of your head, rely on instinct, don’t show us your homework so much, just be in the moment.” While Heffernan may have found training to be an actor pretty cut-throat, it seems it set him up well as he's gone on to land roles on the big and small screen, as well as the stage.

He starred as Brigadier General Lord Oliver Thomas in Starz Outlander, before taking on the role of Ronald Capshaw in season three of Ripper Street, he then put in a turn in another BBC period piece as Jaggers in Dickensian. If you're more of a Netflix period drama fan, you may recognise him from Series 2 of The Crown.

Not one to be type-cast, Heffernan has taken on satirical roles BBC’s Collateral and Channel 4’s Brexit.

As for his latest role in BBC's Dracula, Heffernan's role as Jonathan Harker is one of the most important to the story. He's the character who first introduces us to the vampire during a stay at his creepy castle. After managing to escape and returning to England, he becomes part of a group determined to bring about Dracula (played by Claes Bang]'s death.

Speaking about the show's cast, Dracula writer and executive producer Steven Moffat said in a statement: “I’m running out of childhood dreams to come true. And what a delight to join this fantastic cast. The children of the night! [It’s] so exciting to see an amazing new cast start to assemble, I hope Claes doesn’t eat them all.”

Well it seems Bang managed not to devour Heffernan and their fellow cast members long enough to film the series, as it will air on BBC One at 9 p.m. from Jan. 1-3 and then launch internationally on Netflix thereafter.