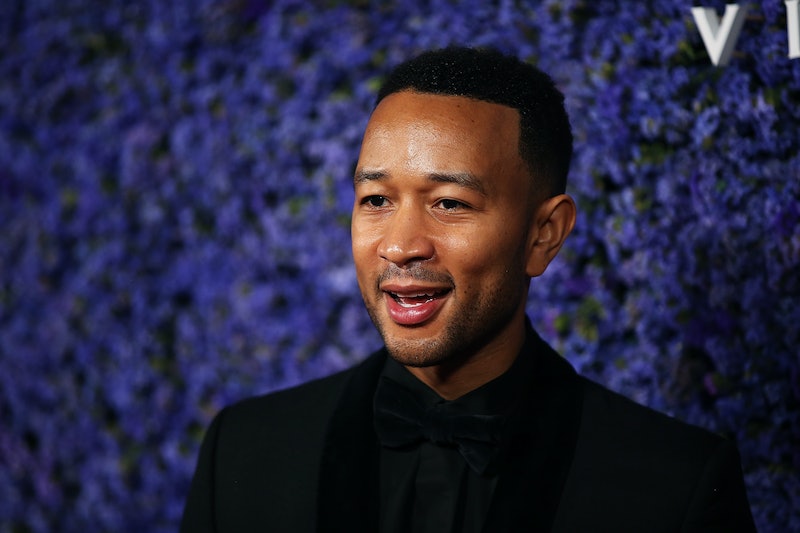 If there are two types of people in the world, it might be those who love the start of the holiday season and those who dread it. For those who fall into the former category, here's some good news as you head into the weekend: Two of John Legend's new Christmas songs are here, so if you feel like kicking off the Holiday season in October, you're in luck.

The first of the Christmas singles from the Grammy winner's upcoming holiday album is a recording of "Have Yourself a Merry Little Christmas" that features Esperanza Spalding. The second is an original holiday song, "Bring Me Love," an upbeat bop about holiday romance. (If you're like me and love holiday music but are tired of the same cycle of songs, the original track is a very welcome surprise.)

And there's more good news for fans who fall into the "start celebrating winter early" camp. Legend's full Christmas album, A Legendary Christmas, will be released on October 26. That will give holiday lovers time to listen to the music before the A Legendary Christmas tour, too. No one has to know you're listening to Christmas music more than two months before the holiday — why restrict listening to fun music to only a month or two, anyway?

Judging by fans' reactions on Twitter, plenty of people are excited about Legend's new songs. If you're ambivalent about Halloween but are looking forward to the winter months, the new music might make you want to go out and buy Christmas lights right now.

Of course, there were also some fans who thought October 12 was a bit early for a holiday music drop.

And if fans think October is too early for Christmas music, well, Legend and his family were in the Christmas spirit over the summer, when he was recording the album. During a conversation with Bustle in August, Chrissy Teigen shared that she loved that she, Legend, and their two kids could listen to the upcoming holiday album.

"He's doing a Christmas album now, so we're listening to Christmas singles in summertime," Teigen said in August. "For him to be able to pick up Luna and dance with her to his music, and having her love that — you just kind of combine the things that you love."

If everyone's having fun with Christmas music, who cares what month it is? The holiday season is all about bringing loved ones together, and that's something that would be nice to carry over into the rest of the year. Christmas music is joyful and fun — it brings to mind family dinners, gift-giving, and other simple moments of happiness.

There's nothing wrong with sharing a bit of that joy in October (and keeping it going through the end of the year, too). And if you're not someone who wants the holiday season to start any sooner, well, Legend's Christmas album will still be around in December, if you change your mind.