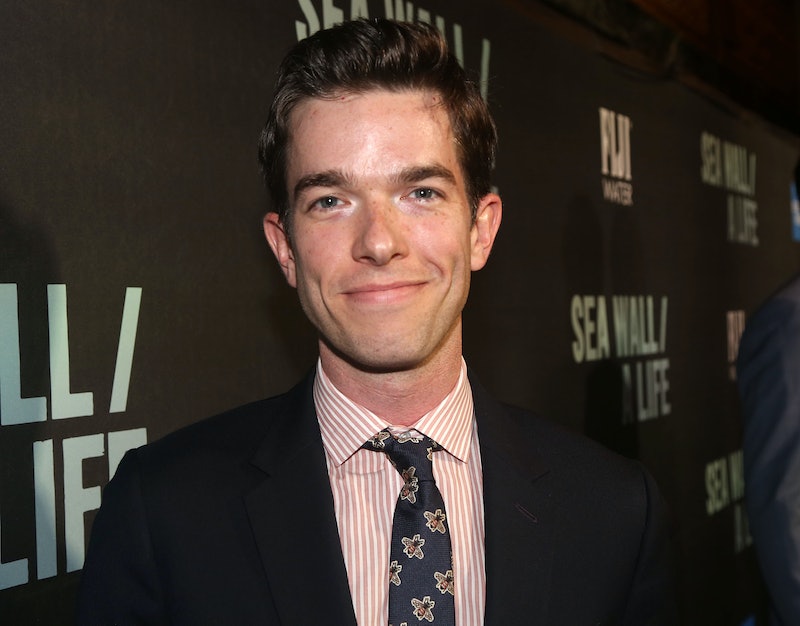 Dickinson may dance to Lizzo and say "hella tight" but that doesn't mean the series isn't historical accurate. In fact, it's sometimes painfully so, particularly when it comes to John Mulaney's hilarious portrayal on Henry David Thoreau. The poet/philosopher appears on Dickinson as a privileged slacker, the stereotypical guy who lives in his mother's basement and rants about "society" on Twitter. The kind of man that selfishly eschews all responsibilities because, as a white man, he can without consequence. It's played for comedy in Dickinson, but whether or not Thoreau was a true environmentalist or a hypocritical loner has been debated for decades.

In Dickinson Episode 4 "Alone, I cannot be," Emily takes a road trip to Concord in search of Thoreau — hoping that he'll help her advocate against plans to lay train tracks in her backyard. Unfortunately, Thoreau doesn't really care that much about other people. He's also not nearly as "alone" as his book Walden claims.

In 1845, Thoreau retreated to a cabin on Walden Pond in order to "live deliberately." But Kathryn Schultz's 2015 New Yorker essay, "The Moral Judgments of Henry David Thoreau" points out the contradictions in Thoreau's writing as well as his lifestyle and asks us to reconsider whether he deserves to be remembered as a hero. The essay also includes many of the details we see in Dickinson. Per Schultz, it's true that Thoreau pretty much only had beans in his not-so-solitary cabin.

It's true that Walden Pond was a tourist destination in Concord, and it's true that Thoreau's mother and sister frequently visited him to bring him food and do his laundry and other chores. He also entertained guests of his own. And yet, we are expected to praise Thoreau for his "independent" lifestyle.

As historian and essayist Rebecca Solnit noted in 2007, Thoreau cared less about ending slavery than about being left alone — and he wasn't even that good at being left alone. Sure, he went to jail because he refused to pay taxes for political reasons, but also because he got caught by the jailer while running errands in town. That doesn't mean that none of Thoreau's writing and philosophy has value, as Laura Dassow Walls' biography of Thoreau argues, but it is rather amusing if all you were taught of Thoreau is that he lived a solitary life in nature, writing essays.

It also doesn't mean that we can't reconsider what kind of a person he was in his own life, especially on a show like Dickinson that seeks to better understand why a female poet remained anonymous for so much of her life.

Of course Thoreau was published before Dickinson: there's so much more time to write when your domestic chores are taken care of. because you are a privileged white man.

"Never meet your heroes," Mulaney's Thoreau snidely tells Emily at the end of his Dickinson episode. Maybe that is the only true lesson here: as far as Emily Dickinson is concerned, Thoreau is totally canceled.