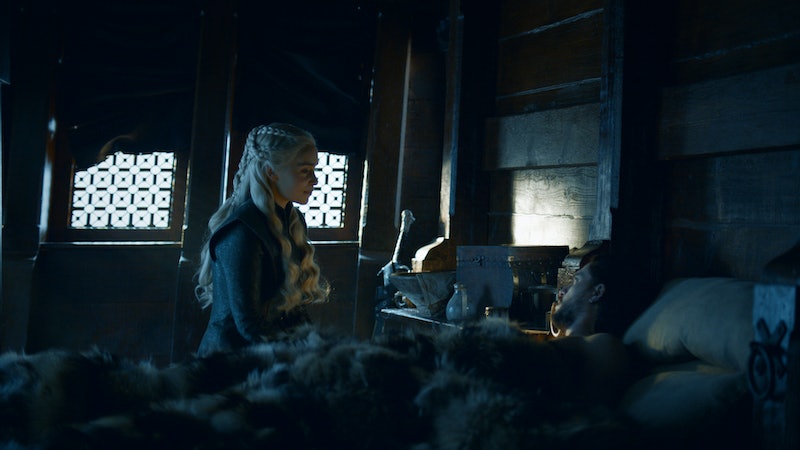 George R. R. Martin's novel series is titled A Song Of Ice And Fire, which always seemed like it could be referring to the union of these two characters, but it is strange to see a story hinge on this relationship, especially knowing what we know about Jon's true parents. Still, after meeting with Cersei, Jon reiterated that Dany is his forever queen and you could pretty much see her getting turned on in real time. So, it wasn't surprising that later Dany and Jon got it on. But, their hookup literally could not have come at a worse time.

The rest of the world is crumbling apart. Literally, even, when it comes to the Wall. But, not only that, but the sex scene came directly after Bran revealed to Sam that Jon and Dany are related. They may not know it yet, but fans definitely do so seeing it juxtaposed like that was super uncomfortable.

Here's hoping Bran and Sam send one of those superspeed Ravens to Jon so they can tell him what's up before he and Dany get too close again. Of course, incest is kind of the Targaryen way, so he may not even care. What a season the final one will be...