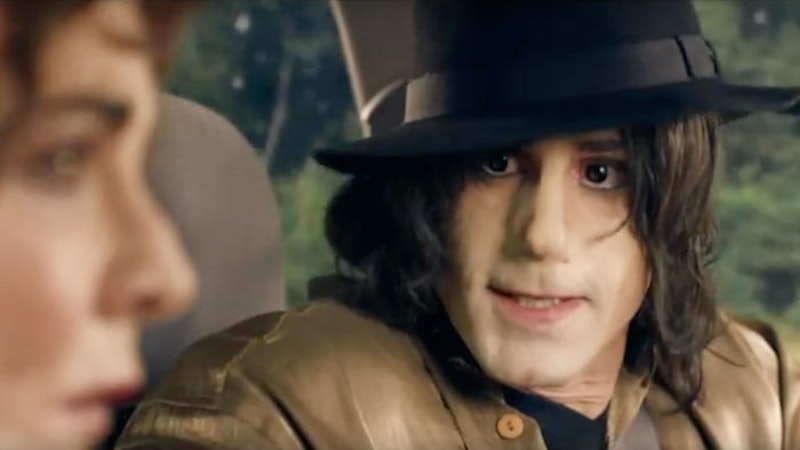 If there are people in your life who say it isn't worth the effort to speak up or make your opinions known, I have a handy-dandy example right here of why they're wrong: that project in which Joseph Fiennes would portray Michael Jackson has been scrapped. The episode would have been part of the Sky Arts project Urban Myths, a comedic series, and Fiennes — a white man — was set to play notable person of color Michael Jackson. Naturally, this was a cause of controversy and outrage among the general public, and among Jackson's family members, and the backlash resulted in the network's decision to pull the already-filmed material. So, the next time you contemplate being polite and keeping your thoughts and feelings to yourself, remember this situation in which making noise was very very effective.

On Friday, Sky Arts announced their decision through a series of tweets, which I've condensed below:

We have taken the decision not to broadcast "Elizabeth, Michael & Marlon," a 30 minute episode from the Sky Arts Urban Myths series. This decision was taken in light of the concerns expressed by Michael Jackson’s immediate family. We set out to take a lighthearted look at reportedly true events and never intended to cause any offense. Joseph Fiennes fully supports our decision.

There was disappointment and anger when Fiennes was first cast as the late singer in the comedy series about Hollywood urban legends back in 2016. However, it really ramped up to the next level when the trailer came out, and we were all confronted with the sight of a white man in a prosthetic nose and a wig, playing at being Michael Jackson. To say that the denizens of the internet weren't pleased would be a severe understatement, and they spoke out in waves.

Even Michael Jackson's daughter Paris lent her voice to the outcry, saying she was "incredibly offended" by the portrayal. And I'm glad she did, and that everyone did, because the European TV network has decided to pull the episode from the series. I have no doubt that Jackson's critical and highly-visible response to Urban Myths greatly influenced Sky Arts' about-face on this issue, but don't underestimate the contributions of the general public.

At the end of the day, the Jackson Family comprises a finite number of people, and production companies proceed without the support of key figures all the time. That's where the term "unauthorized biography" comes from. Without the outcry from the public at large, Sky Arts might not have had enough incentive to scrap the episode that they'd already put a lot of time and energy into. But they did, and that's so important.

For that reason, I think every voice speaking out against this project was not only important, but heard and understood by the network, which genuinely made a difference. That Sky Arts became one of the companies to listen to the concerns of the public, rather than one of the companies to ignore those concerns to proceed with their project regardless, makes this outcome the best one for all involved.