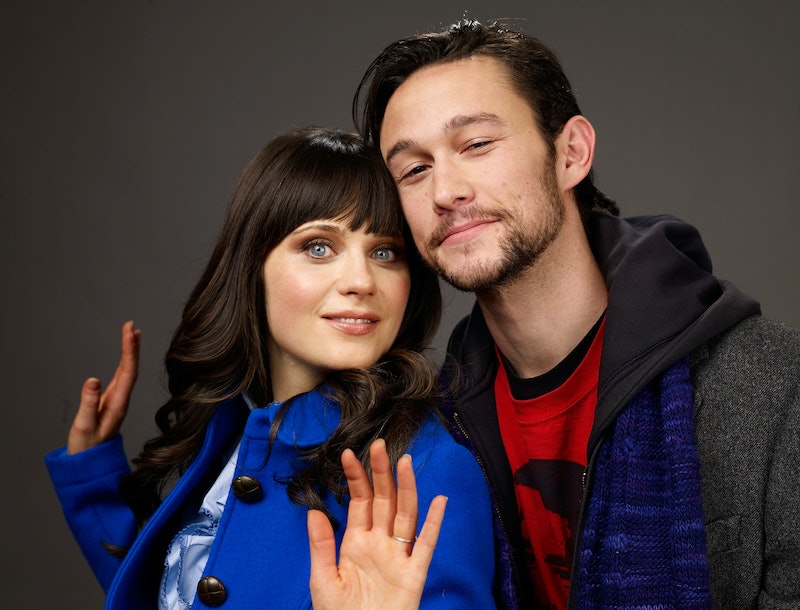 The 2009 film (500) Days of Summer has long proved divisive among its fans: Team Summer vs. Team Tom. But now, in 2018, there's a chance that star Joseph Gordon-Levitt's comments on (500) Days of Summer could put the endless debate to rest. The question of "Who was right?" in (500) DAys of Summer has long split fans of the film; viewers either sided with lovelorn Tom (Gordon-Levitt) or independent Summer (Zooey Deschanel) by the film's end. There are arguments in favor of both — strong arguments. In fact, said arguments tend to ignite a fiery passion in the viewers that burns so strongly, a star had to officially weigh in on his opinion close to a decade after the film was first released.

On January 26, Twitter user @_EmperorJustin_ wrote: "Still haven’t forgiven Zooey Deschanel for what she did to Joseph Gordon-Levitt in (500) Days of Summer." It's a mildly popular tweet — one that reached Gordon-Levitt by the summer. On August 6, the filmmaker quote-tweeted it and added his two cents. "Watch it again," the star wrote, "It’s mostly Tom’s fault." He continued, adding that Tom wasn't actually the perfect boyfriend he thought hisemlf to be. "He’s projecting. He’s not listening. He’s selfish. Luckily he grows by the end."

It's a stance that has gripped the internet ever since. (Again, people feel very strongly in favor of Tom over Summer or Summer over Tom.) It's even opened up the floor to debate about whom the audience was "supposed" to side with, and the long, agonizing history of women characters serving as plot devices in film.

The thing is, no matter what people believe, there really aren't two sides to take here — which Gordon-Levitt just confirmed. From the beginning of the movie, when the narrator reveals that Tom misread the end of the film The Graduate, viewers should know who he is. He's romantic and idealistic, sure, but he's also self-defeating, and in the star's own words, "selfish" with a tendency to "project." He isn't intentionally misreading things — like The Graduate and Summer — but is so driven by his own tunnel-vision of love he's unable to see things as they are. And as a result, he sees Summer as the girl who broke his heart, and the movie is made in such a way that the viewer can, in fact, also fall into the trap of seeing her this way.

In reality, from the beginning — such as a film told in a non-linear way can have a "beginning" — Summer was determined to be independent. She wasn't interested in having an official romantic partner; wasn't ready for something "traditional," and she told Tom as much. No matter how hard he pushed or how much he loved her, Summer just didn't want the same thing. Perhaps she should have cut him loose earlier than she did, or been more explicit or firm or direct on occasion, but in the end, Tom always heard what he wanted to; took away what he wanted to.

So perhaps fans who aligned with Tom felt slighted by Summer — rejection from the person you love never feels good, after all — but Gordon-Levitt won't stand for letting Deschanel's character take on all the blame.

Now, whether this changes how fans feel about the film is, as always, up for debate. Hopeless romantics who see themselves in Tom may want justice for how they feel he — and by extension, themselves — was treated. Summer devotees, however, may be exhausted by Tom's self-pity. It will be interesting to see if Deschanel herself weighs in, though for now, knowing that Joseph Gordon-Levitt doesn't see Tom as the hero or Summer as the villain of (500) Days of Summer might be enough to change some minds. Might be. Might be.