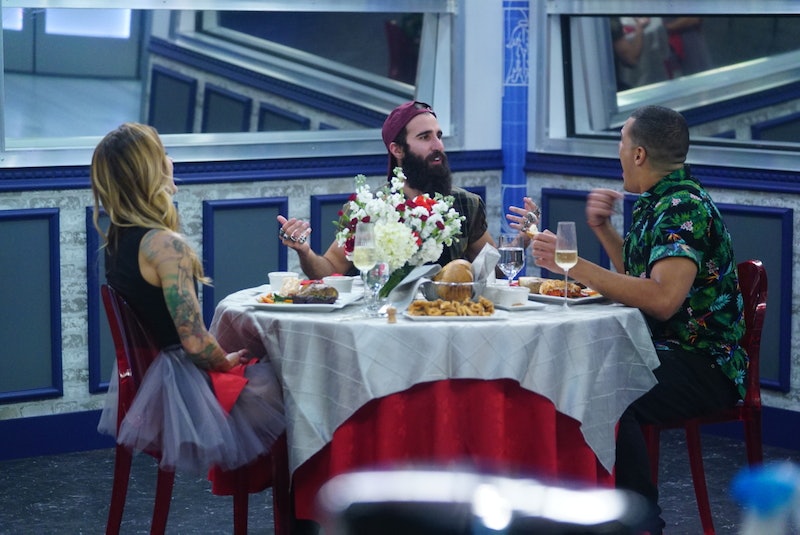 The summer has finally come to an end, and with it another season of Big Brother. After a season filled with surprising twists and intense confrontations, a winner has finally been crowned. Josh won Big Brother 19 and will be taking home the $500,000 grand prize.

No one could've guessed at the start that the final three would have consisted of the temperamental Josh, an injured Christmas, and BB19's sole returning houseguest Paul, but when the finale began it seemed that each person had an equal shot of coming home with the prize. This season certainly lived up to the Big Brother motto of "expect the unexpected." Perhaps the most unexpected thing happened when it came time for Josh to decide who he would take to the final two.

While it has always seemed that Christmas would be Josh's ride-or-die until the very end, Josh ended up bringing Paul to the the final two. Josh believed that he had a better chance winning against Paul than Christmas — a choice that ended up being a great call, if not also a very close one. In the end, Josh won just enough jury votes to defeat Paul by one vote and be crowned the winner of Big Brother 19. Apparently BB19 really was "the Paul show," because, even during the finale, it seemed that the jury voted for Paul or against Paul — and Josh just happened to be sitting up there when the bitter jury cast the votes.

Paul's master plan worked perfectly up until the final crucial HoH competition. In a battle against Josh, Paul came up short and lost control of the ability to decide who he took to the final two. Judging from the jury segment earlier in the finale, it seemed that the evicted houseguests had an equal distaste for Paul and Josh, meaning that Paul still had a chance at winning in the final two next to Josh. While Paul's plan went astray, everything worked out for him in the end when Josh chose him over Christmas to go to the final two.

Paul came into the Big Brother 19 house with a chip on his shoulder, having been runner-up the year prior in Big Brother 18. While Paul relied on "friendship" in BB18, he showed a more manipulative, conniving side of himself in BB19. Abandoning friendship caused some bitterness in the jury, which cost Paul some crucial jury votes. Alex even proclaimed she was "voting for the person who stabbed me in the front instead of the back," indicating that she would be voting for Josh out of spite. When it came down to it, it seemed that the jury wasn't voting for Josh or Paul, but simply if they wanted to vote for Paul or against Paul.

In the end, Paul just didn't have enough jury votes, as a bitter jury seemed intent on ensuring that Paul would not be rewarded for his lies and betrayal. The houseguests that were once Paul's most useful allies, including Alex, Jason, Elena, and Mark, all voted for Josh to win the grand prize. The final vote came down to Cody, whose distaste of Paul was evidently stronger than any negative feelings he had towards Josh.

Paul had a nearly perfect season of Big Brother, but ended up finishing in second place for the second year in a row. It seems that if there is one lesson for future houseguests to learn from Big Brother 19, it is that kindness and honesty really does go a long way in the Big Brother house, even when maybe it shouldn't.