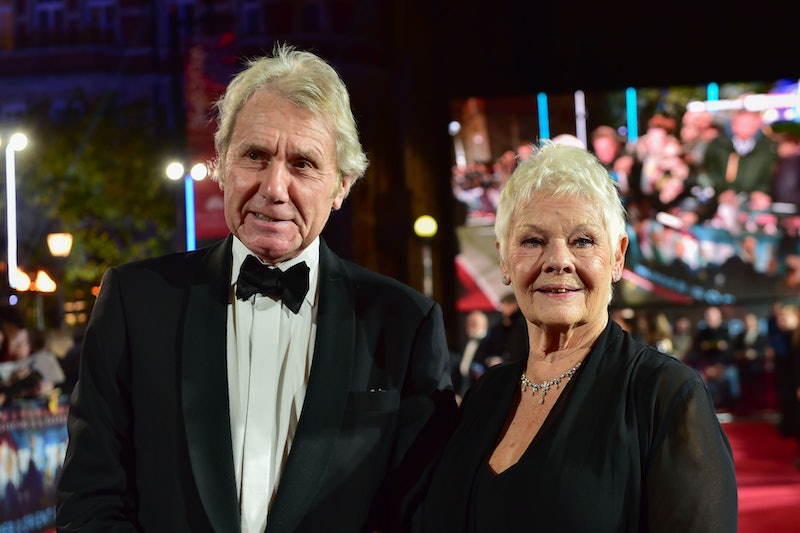 David Attenborough may have stolen the show at Glasto this weekend, but tonight it's all about Judi Dench as you'll be able to watch the beginning of her two-part adventure in the rainforests of Borneo. And as excited as I am to see her marvel at the wonders that this island holds, I'm also looking forward to seeing her interact with her significant other. You see, Judi Dench's boyfriend David Mills is a conservationist, and also features in the documentary.

Obviously, the bulk of her Wild Borneo Adventure focuses on Dench, but as ITV describes she "shares her magical journey with her chap, naturalist David Mills, [as] they learn how important the rainforest is as the lungs of the world and how the animals are actually helping us by maintaining the health of this unique environment and helping save the planet." And as the Belfast Telegraph reports, both Dench and Mills are now patrons of the South East Asia Rainforest Research Partnership (SEARRP), "a charity supporting scientific research concerning environmental issues in the tropics."

Mills and Dench have long been advocates of looking after and cherishing the environment, and their Borneo adventure isn't the first time they've appeared on screen together either. Last year Dench shared her passion for nature closer to home in the BBC documentary My Passion For Trees, where she and Mills let the public vicariously explore the six acres of private land at her home in Surrey.

As Radio Times reports, Dench and her late husband Michael Williams "nurtured the Surrey woodland together" after they moved to the area from Stratford. In 2001, Williams sadly passed away from lung cancer, and since then Dench has been very open about her grief. "I am working harder since Michael died," she told The Sydney Morning Herald in 2013.

"You see, we always made sure that we mad time for each other. People, friends, kept saying, 'You are not facing up to it; you need to face up to it.' And maybe they were right, but I felt I was — in the acting. Grief supplies you with an enormous amount of energy. I needed to use that up."

In 2010, Mills invited Dench to open a red squirrel enclosure at the British Wildlife Centre in Newchapel, which he founded in 1997. "It developed as a slow, organic friendship that grew," he told Radio Times. "I invited her to come and have supper one night, and then she asked me to one of her things."

"It's lasted because we have the same sense of humour — it's hopeless without that — and then she's passionate about wildlife, as I am about theatre and films, so we go into one another's worlds. She's a great giggler."

Dench also noted their gradual relationship in an interview with The Times in 2014. "I wasn't even prepared to be ready for it... It was very gradual and grown up. We got together, in a way, through the animals. It's just wonderful."

And while Dench's new docu-series focuses mostly on her exploring and experiencing the Borneo rainforest, you'll also be able to get a glimpse of her adorable relationship with Mills and their absolute adoration of animals and nature.

More like this
Turns Out George Clooney Is A Huge Fan Of This Classic British Game Show
By El Hunt
Everything To Know About The 'Daisy Jones & The Six' TV Series
By Maxine Harrison and Brad Witter
'Abbott Elementary' Fans Probably Missed This 'Parent Trap' Easter Egg
By Sam Ramsden
This Pre-'Love Island' Video Of Olivia & Zara Together Changes Everything
By Bustle UK
Get The Very Best Of Bustle/UK
Sign up for Bustle UK's twice-weekly newsletter, featuring the latest must-watch TV, moving personal stories, and expert advice on the hottest viral buys.