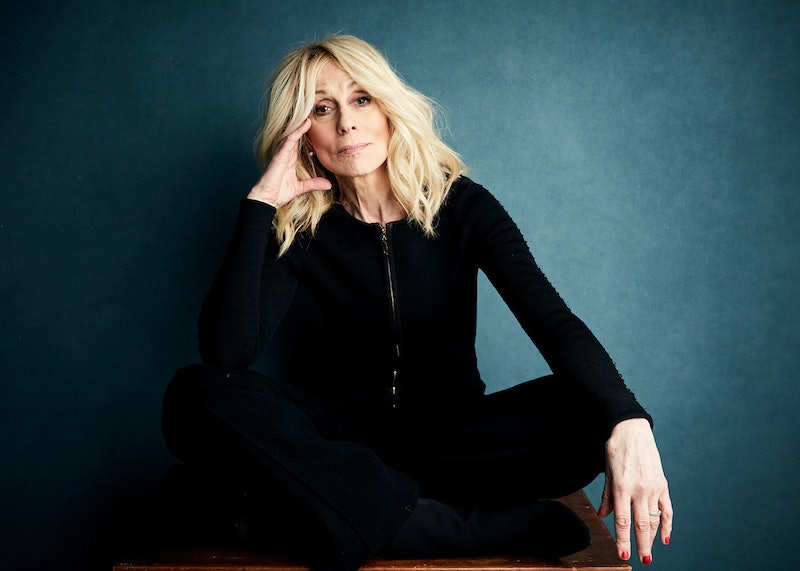 In Bustle’s Q&A series 28, successful women describe exactly what their lives looked like when they were 28 — what they wore, where they worked, what stressed them out most, and what, if anything, they would do differently. For Bustle's Rule Breakers issue, actor Judith Light reveals the major career move she made at 28 that, in her words, changed everything.

When I ask Judith Light to describe what she was doing on her 28th birthday, I immediately realize it's an unfair question — does anyone remember what they were doing when they turned 28? "I have absolutely no idea," she tells me over the phone, later adding that if this were her 21st birthday we were talking about, it might be a different story. She's gentle, but no-nonsense. "I'm sorry," she says. "I wish I could help you."

But as our conversation continues, it becomes clear 28 was a monumental year for Light. It's when she first landed a gig as a soap opera understudy, working for a few hundred bucks a day before eventually landing a full-time role on One Life To Live, the show that would help launch her career. It's also when she began to seek out critical new context for her life and work. "It began to shift, all those truthful, authentic choices that were not about what's this going to do for me and my career, they were about how will I grow as a person and how can I be of service in some way," she says.

These days, Light is as busy as she's ever been. She's preparing to say goodbye to her years-long run playing family matriarch Shelly Pfefferman in Jill Soloway's award-winning show Transparent, which wraps up with a musical series finale sendoff on Sept. 27. She's looking ahead to new projects, including a role in Ryan Murphy's anticipated new Netflix series The Politician, also coming out in September, and her upcoming movie Before You Know It, out Aug. 30. In June, she received the 2019 Isabelle Stevenson Award at the Tonys, an honor given to her for her activism and humanitarian work to put an end to HIV/AIDS. To date, her résumé boasts two Daytime Emmy awards, four Primetime Emmy nominations, a Golden Globe nomination, and two consecutive Tony Awards — accolades among many, many others.

Few would argue that Light, 70, is anything short of an icon — except for maybe Light herself. "I don't go, 'Hey, well that was great. I got it. I made it,'" she says. In many ways, she says, her goals are the same as they were when she was 28 — to grow, to serve, and to seek out roles that make a difference. "I'm still evolving," she says. "I don't know what's going to come next."

Take us back to when you were 28. Describe exactly where you were on your 28th birthday.

I have no idea where I was on my 28th birthday. I'm sorry, I wish I could help you. I had graduated from Carnegie Mellon University, not when I was 28, but earlier. I was 21. I went into repertory theater for about four and a half, five years. And so, by now, I'm 26 and I'm in New York. And when I'm in New York, I did a lot of different things. I did some theater. I did a production of The Seagull directed by a woman named Eugenie Leontovich. It was a big deal for me. And I thought things were going to go swimmingly.

And then I went up to Toronto. I did Streetcar Named Desire, and I was sort of going from thing to thing. I did an episode of Kojak. It was my first television thing, and I was really in a state where I was looking for something bigger, a different context for the work than the one that I had. What was going to satisfy my ego? How was I going to prove to everybody that I was good at my job? And when was I going to be getting those kind of jobs that were going to really take my career up to another level? It's a really un-useful context to have with this work.

And so then I went in 1977 — so I'm now, what, 28? — I went to the O'Neill Playwright Foundation in Waterford, Connecticut, and I worked on a play called Uncommon Women and Others, which is by a wonderful playwright who was a dear friend who is no longer with us named Wendy Wasserstein. And I began to see that this job that I loved so much, and still love to this day, wasn't about me. It was never going to be about me. It shouldn't be about me. I began to evolve into a new place.

How you were feeling about entering this new period of your life?

So, by that time, what had been offered to me was something that I swore I'd never do. I swore I'd never do a soap opera. I was living on unemployment and I had, really, basically, I was running out of money, and my unemployment was about to run out. I had gotten a call about going up for an understudy for one day on a soap opera. And I thought, "Good Lord. Not even the job, it's just an understudy on a soap opera for one day." And my agent says to me, "Look. It's $350 for the day." I said, "I'll take it."

So I went up for it. I didn't go on that day, but I began to see how wrong I had been about what people do on soap operas. I had another evolution in my perception. I saw how hard all of these people worked, and how talented they were, and what it meant to do an hour of programming a day. I began to really look at how I had held this with disdain. Again, I saw that that didn't work.

So then when I got to audition for the show, and they gave me the job, I thought, "I'm going to take it. And I'm going to see what shifts for me when I shift the way I think about something."

Did you know going in that this was going to be pivotal for you?

"I would say to find a place or something that compels you to be actively of service."

There is a wonderful Kierkegaard quote that I love so much. The philosopher Kierkegaard said, "Life can only be lived going forward. It can only be understood looking backwards." And I love that context of what he's talking about. Because if I were to look at myself at that age and making the choice to do the soap opera, I would never have expected that that woman would have ever have gotten three Tony Awards. And so, taking something that was not ever something that I thought I wanted to do, making that choice, it transformed everything. It transformed the way I related to other people, the way I looked at my life.

Is there any advice that you would go back and tell your 28-year-old self to do differently?

I would say to find a place or something that compels you to be actively of service. It gives you another context about life, and I think that's also incredibly valuable to share.

How have your goals changed, or are they still the same?

Same, same. When you have a context shift, everything shifts. Like with Transparent, having spoken to Jill Soloway about her advocacy for the LGBTQ community and mine, as well, that was my audition for Transparent. That's what we talked about. The way Jill spoke made me deeply, profoundly want to work with them. I had a hunch about what this could be.

Same thing with getting to work with Ryan Murphy on The Assassination of Gianni Versace. Again, another part that came to me. These stories that I've gotten to be a part of telling have been very powerful in the sense that I knew how they could potentially affect other people.

So it's not that I have changed what I do. It's that I still come from the context of finding the service in the piece that I'm doing.

Was there one singular moment in your career when you just thought to yourself, "I've made it. I'm here"?

No. I don't look for that. We are evolving constantly. I have felt excited, and thrilled, and grateful constantly, but I don't have the experience of like, "OK, I'm here. I did it. I made it."

I think that's very treasured. I take ownership of the work that I've done, and the gratitude that I have for the people who have invited me into that work, and the team that I have had for so many years, my people that I talk to about my life and my work, and my people who support me in coaching me.

I don't go, "Hey girl. You made it. Here you are!" No. But. I respect myself for my choices. I really do. And for listening to my authentic, my true self. That's what I'm going to keep doing.

More like this
At 28, Rosie Perez Risked Her Career To Stop Playing Stereotypes
By Gabrielle Bondi
At 28, Debra Jo Rupp Was Living A Much Different '70s Show
By Grace Wehniainen
Alicia Silverstone Revives Her 'Clueless' Character In This Super Bowl Commercial
By Jake Viswanath
How Andrea Riseborough Got Nominated — & Almost Disqualified For An Oscar
By Jake Viswanath
Get Even More From Bustle — Sign Up For The Newsletter
From hair trends to relationship advice, our daily newsletter has everything you need to sound like a person who’s on TikTok, even if you aren’t.