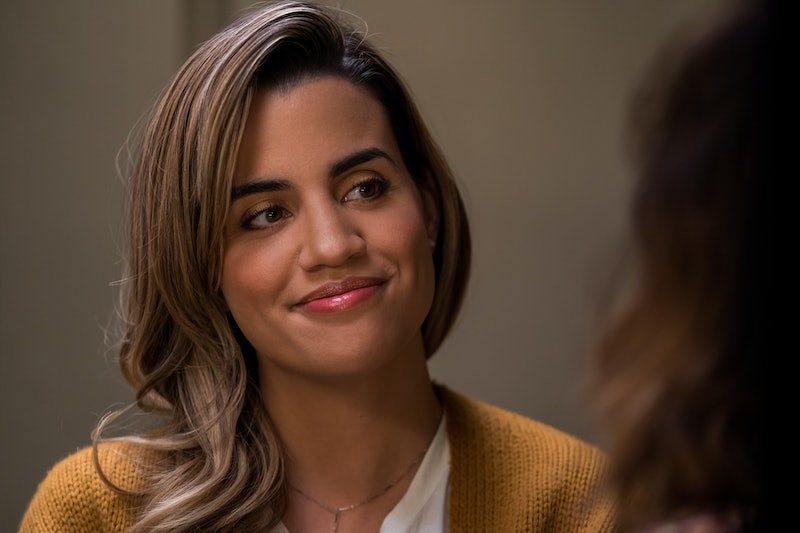 Saeed Adyani/Netflix
By Martha Sorren
May 8, 2020

That being said, they weren't without their obstacles: specifically, that Michelle was still living with her ex-girlfriend Detective Perez, who despises Judy and heavily suspected she was involved in Steve's death (let's remember the only reason she wasn't able to charge Judy for Ted's hit-and-run was because of a lack of evidence; she's had it out for her ever since).

To her credit, Perez didn't immediately unload all of this information on Michelle, instead vaguely referring to Judy as a "riptide" and saying she once smashed up a car. (Technically that was Jen, but Judy took the fall.) Michelle decided that she didn't care and wanted to keep seeing Judy anyway, but then Judy broke things off at Jen's request. Jen was worried that Perez would catch them for killing Steve if Judy got too close. But after realizing how happy Judy had been with Michelle and what a change it was from her time with Steve, Jen told Judy to go for it.

Unfortunately, Perez got in the way of their reunion. The detective ran into Michelle and Judy at the hospital, where Michelle's mom was recovering from a stroke. This time, Perez decided to be less cryptic about why she didn't like Judy. "At best she's an unstable accused stalker who I have personally arrested for the destruction of property. At worst, she's involved in an active investigation where her ex-fiancée is currently missing and possibly dead," the detective said.

Judy couldn't really come up with a good defense for all of that, and Michelle decided she just couldn't handle it on top of her mom being sick. Then she moved out of Perez's and went who knows where, effectively ending her relationship with Judy. But there's a chance Michelle could return in a potential Season 3. At the end of Season 2, Perez learned that Jen killed Steve and ultimately let her off the hook for it, because she didn't believe Jen deserved to go down for a crime that they could pin on the Greek Mafia. Now that she doesn't suspect Judy was behind Steve's death, maybe Perez won't keep trying to keep her and Michelle apart.

Still, even if Michelle is gone for good, it seems like Judy realized the kind of relationship she wants (and deserves): one built on kindness and caring, not control and manipulation. With Steve gone, now's the time for Judy to find the right person for her, whether it's Michelle or someone else entirely.