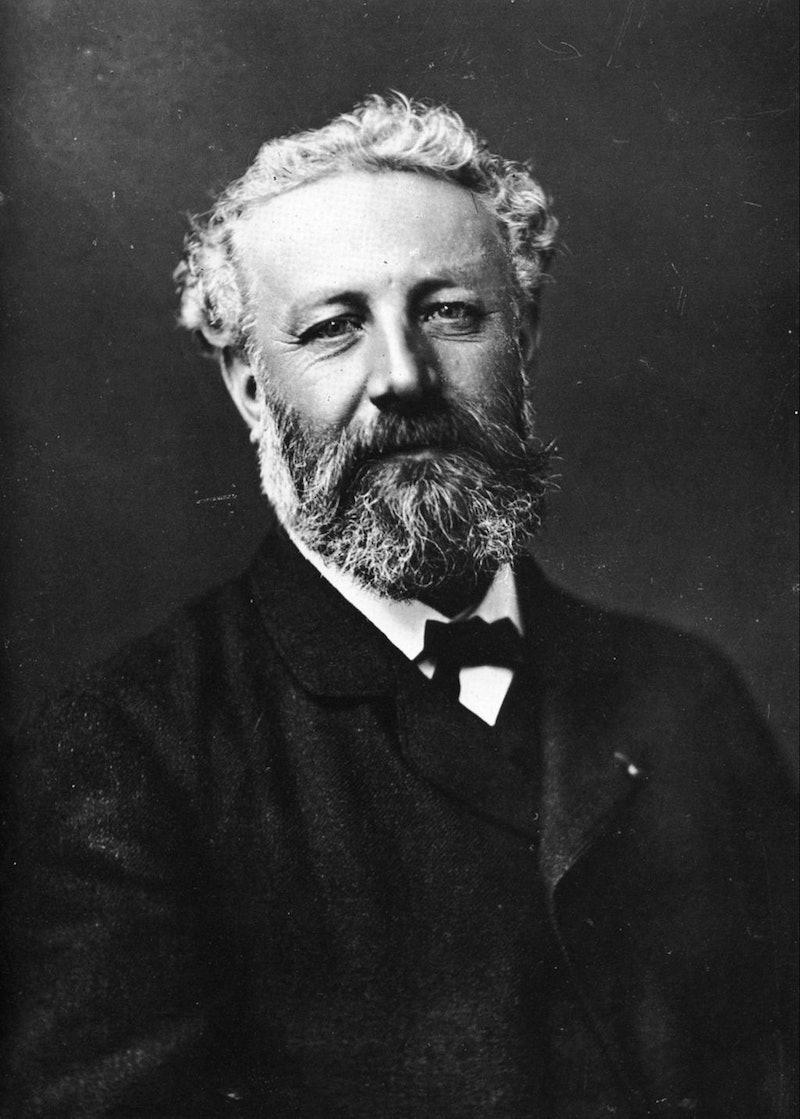 On Apr. 4, researchers from Paris Descartes University and The Explorers Club NYC announced that a time capsule — which may, in fact, be Jules Verne's time capsule — has been discovered in France. Archaeologists and historians found a metal box, dating to the late 1800s, which appears to contain "documents, books and metal objects of different sizes and shapes." With the potential to contain unpublished materials from the 20,000 Leagues Under the Sea author, the find has excited historians and book nerds alike.

Researchers uncovered the time capsule near the French Pyrenees in southern France, after studying Jules Verne's tomb, which lies on the other end of the country. The Apr. 4 press release states that the team used "all of the material collected and ... complex geolocation algorithms ... to identify the area in which they might find some kind of object associated with Verne."

It's worthwhile to note again that nothing has conclusively connected the time capsule with Jules Verne. Paris Descartes University Field Archaeologist Elouan Beauséjour — who describes himself as "excit[ed] but ... overwhelmed" by the discovery and media attention — tells Metro that he expects to give a news conference regarding the time capsule soon.

The research endeavor is currently in its second phase, which involves carefully analyzing the materials inside the time capsule, which "have deteriorated with the passage of time and damp from being underground for so long." Given the delicacy of the time capsule's contents, researchers have only examined the box via X-ray at this time.

More like this
The 5 Best Laptop Power Banks
By Vanessa Spilios
Constance Wu On Self-Doubt, Family Drama, & Her Sister's Unwavering Support
By Constance Wu
'Firefly Lane' Season 2 Will Be The Show's Last — But There's A Twist
By K.W. Colyard and Grace Wehniainen
For Mur Lafferty, Genre Is Everything
By K.W. Colyard
Get Even More From Bustle — Sign Up For The Newsletter