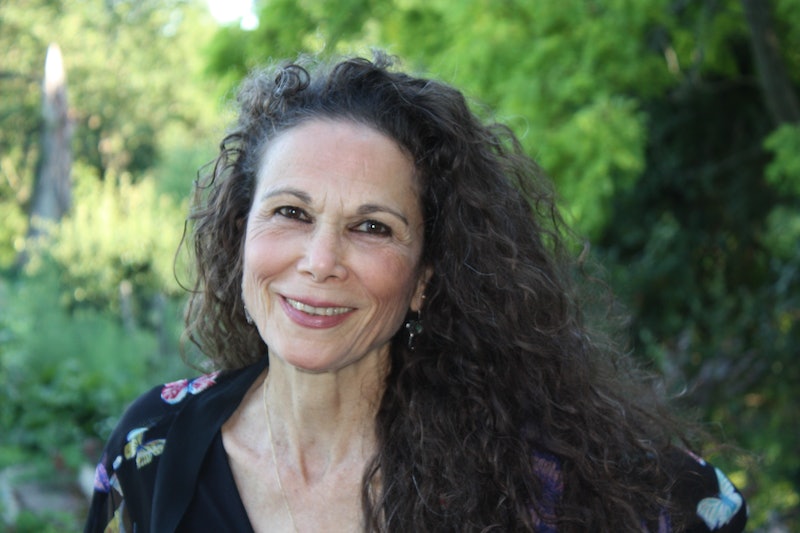 Readers who loved In the Time of the Butterflies and How the García Girls Lost Their Accents have a new novel to put on their TBR list: Coming next April from Algonquin Books is Julia Alvarez's first adult novel since 2006. Currently slated for release on April 7, 2020, Afterlife will be Alvarez's first book for adults since she published her travel memoir, A Wedding in Haiti, in 2012.

Julia Alvarez's new novel will center on a widowed literature professor who meets an undocumented immigrant girl while mourning the loss of both her late husband and her missing sister. An immigrant herself, the professor must confront the uncomfortable truth "that the world demands more of her than words," Alvarez said in the Tuesday press release about the novel.

Raised in the Dominican Republic and New York, Alvarez has long been lauded as an influential voice in Latinx literature. Her 1994 novel, In the Time of the Butterflies, and her 2007 nonfiction title, Once Upon a Quinceañera, were shortlisted for National Book Critics Circle Awards for Fiction and Criticism, respectively. In 2013, President Barack Obama presented Alvarez with the National Medal of Arts, to "recogniz[e]... her extraordinary storytelling," which "illustrates the complexity of navigating two worlds and reveals the human capacity for strength in the face of oppression." The author has also received the 2002 Hispanic Heritage Award in Literature and the 2009 F. Scott Fitzgerald Award for Outstanding Achievement in American Literature.

In recent years, much of Alvarez's work has been aimed at children and teens. She published her first book for young readers, In the Name of Salomé, in 2001. Alvarez's most recent release is 2016's Where Do They Go, a picture book, which attempts to explain death and mourning to children. Following 2006's Saving the World, Afterlife will be Alvarez's fifth novel for adults.

'How The García Girls Lost Their Accents' by Julia Alvarez

Algonquin Books published Alvarez's debut novel, How the García Girls Lost Their Accents, in 1991. The publisher's executive editor, Amy Gash, said in the press release that Algonquin is "incredibly proud and excited to be bringing out Afterlife. In this book, as in all Julia's work, the individual lives she creates reveal how culture and politics impact ordinary people." Alvarez, for her part, seems just as excited to publish her first novel for adults in nearly 15 years, stating in the press release: "I’m deeply gratified that the book's publication allows me to continue my long and happy relationship with Algonquin."

Afterlife by Julia Alvarez is out April 7, 2020, and is available for pre-order today.