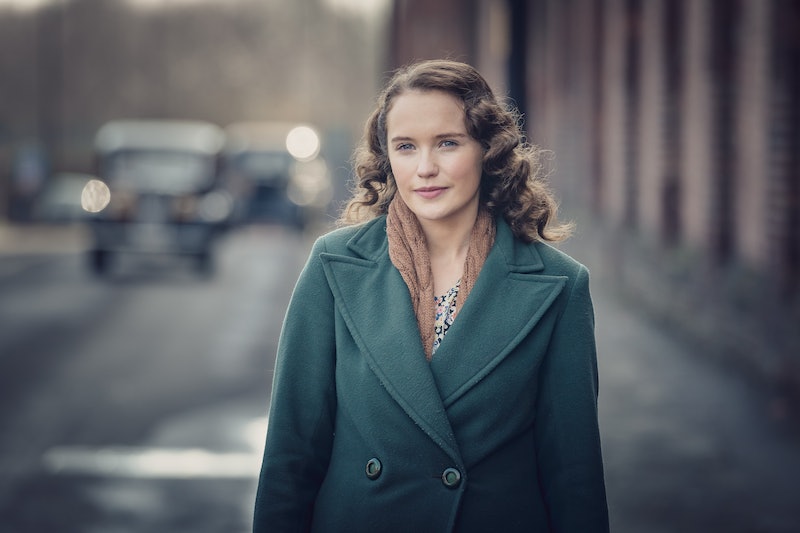 The BBC's latest Sunday night drama World on Fire tells the story of World War Two through the lives of ordinary citizens in Britain, Poland, France and Germany. The series will depict how the first year of the war turned peoples lives upside down, and the seven-part drama boats an impressive cast which includes the Oscar-winning actor Helen Hunt, Sean Bean, Lesley Manville, and rising star Julia Brown. However, the BBC series is far from Brown's first major role, and here's everything you need to know about the World on Fire star.

According to her agent's website, Julia Brown is a British actor who is perhaps best known for her roles in the fourth series of ITV's Shetland, and Netflix's historical drama, The Last Kingdom. As the Radio Times notes Brown's career in television first kicked off after starring in CBBC's MIHigh, in which she played the character of Keri, however, Brown's talents aren't limited to on-screen roles, and she has previously appeared in various theatre productions, including a on-stage adaptation of Footloose at the Edinburgh Playhouse.

The actor's latest role can be enjoyed on the BBC's World on Fire, in which Brown portrays the character of Lois Bennett — a young factory worker from Manchester, who also has a passion for singing. As reported by the Radio Times, Brown explained that the character of Bennett "has a lot of responsibility" following the death of her mother, and went on to add, "(Louis) is a strong woman who cracks on with things no matter how tough they are. She has a real passion for music and that’s something she gets to explore when the war begins."

According to The Sun, the BBC's World on Fire will tell the story of World War Two from the perspective of ordinary people. The show's first outing will focus on the first year of the war, and will begin with Germany's invasion of Poland in 1939, before moving onto the Battle of Britain. Speaking of the new series in a statement given to ITV, writer Peter Bowker revealed that the drama will tell "the hidden human stories within the big historical events we think we know," and confirmed that World on Fire is based on real-life tales from the war.

Bowker, who penned the seven-part drama, stated that although individual characters may not have existed in their names, the storylines and characters included are indeed based on real people and events. He continued, "These are the stories of the ordinary people who shaped our world. Stories of loyalty and brutality, courage and fear, hopes, stories of love and loss, hopes and dreams forged in extraordinary times."

World on Fire begins on Sunday, September 29 at 9 p.m. on BBC One, and with a cast this strong, I cannot wait to become fully invested in this historic television drama.

This article was originally published on Sep. 27, 2019