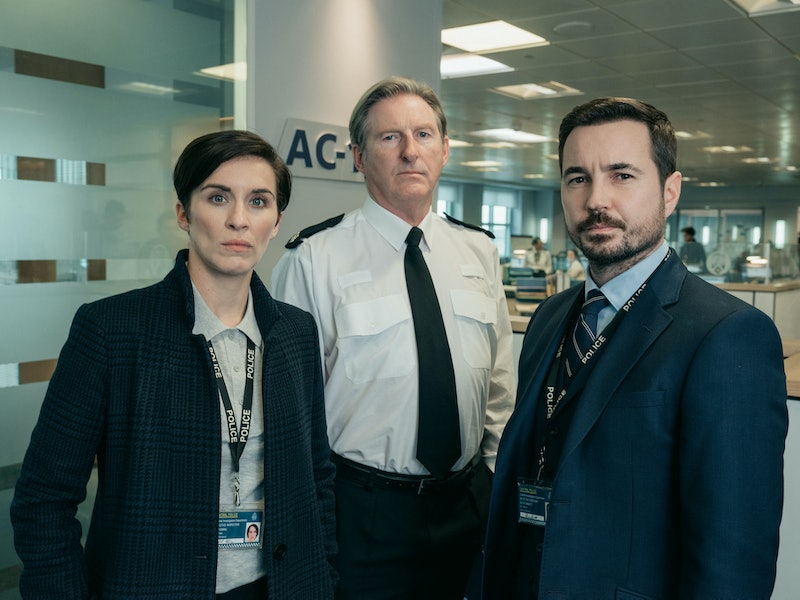 Following the continuing success of police-dramas such as Line of Duty and Bodyguard, popularity in the genre has only skyrocketed, and some police-inspired TV dramas have gone on to enjoy praise from both critics and audiences alike. However, it was recently revealed that not everyone is a fan of the genre, because The Met Office Chief described police portrayal in BBC dramas as "outrageous," and went on to defend the professionalism of her own real-life colleagues.

During an interview with the Radio Times, Met Commissioner Cressida Dick revealed that the dramatisation of police corruption in the BBC's Line of Duty is far from the truth, and left her feeling "outraged." Speaking to the publication, she said, "I was absolutely outraged by the level of casual and extreme corruption that was being portrayed as the way the police is in 2018. It’s so far from that. The standards and professionalism are so high."

However, Line of Duty wasn't the only series to infuriate the Met Commissioner, because the BBC's smash-hit series Bodyguard, which starred Richard Madden as a police protection officer, also left a bad taste in her mouth. Commenting on the series, Dick revealed that Bodyguard "drove everybody round here absolutely up the wall," and went onto add, "I actually did have to switch it off after about 20 minutes — the moment when the home secretary (Keeley Hawes) made a pass at the protection officer was just beyond me, I’m afraid."

Thankfully, it wasn't all bad, and the Met Police Chief did have at least one complimentary thing to say about the on-screen portrayal of police officers. Speaking to the Radio Times, Dick admitted that Line of Duty made for some "good drama," and went on to say, "both series actually make us look a bit cool and interesting — a net positive, probably. They bring in interest and applications. Even though it’s all completely ludicrous."

Despite the Met Commissioner's comments, many of us are counting down the days until both Line of Duty and Bodyguard return to our screens for another outing. However, as reported by Digital Spy, the highly-anticipated Bodyguard series 2 is very much in the early stages. When speaking about the drama's potential return, show-creator Jed Mercurio revealed that he'd "love to do more," and continued, "we appreciate there's a real hunger from fans to watch it. There are a lot of logistics in terms of setting up a second season and we're just working through those."

Line of Duty fans, however, have a much clearer idea of when their favourite police-drama is coming back, because according to iNews, the show's sixth season has already been confirmed. Unfortunately, the drama's exact return date is yet to be announced, and if previous Line of Duty scheduling gives us any indication, fans can expect the series to arrive sometime in 2021.

So, although these gripping BBC police dramas should be taken with a pinch of salt, that doesn't mean either shows are short of enjoyment, and I cannot wait for their return.